Is the USD Rally over? What about Asian EM Currencies in 2019? 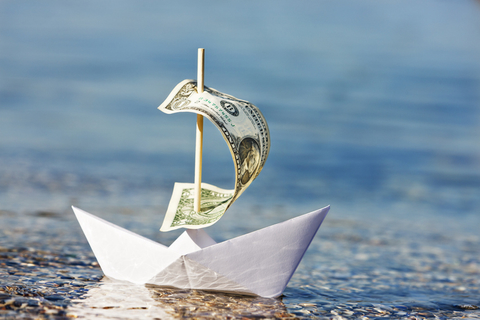 The Dollar Index is still below 96 despite a rebound after falling for a fourth straight session on Tuesday.

The DI eased against other major currencies as the Fed was widely predicted to stop raising interest rates this year amid the US’s economic uncertainties.

Fed chairman Jerome Powell told the American Economic Association the Fed is not on a preset path of rate hikes and will be sensitive to the downside risks markets are pricing in, according to a report by Reuters.

Powell’s colleague Raphael Bostic, the Atlanta Fed President, was also quoted in the report as saying that he Fed may only need to raise rates once in 2019. Bostic is not a voting member of the Federal Open Market Committee this year.

The US dollar had gained 4.3% in 2018 as the Fed hiked rates four times on the back of a strong US economy, rising wage, and dropping unemployment, while emerging market currencies including those in Asia had seen a huge fall against the greenback—ranging from Chinese Yuan (RMB)’s drop of 6% to Indian Rupee’s drop of more than 10%.

The sell-off of EM currencies such as RMB, Indonesian Rupiah, and Indian Rupee started to stabilize from Q4 2018.

The expected few rate hikes by the Fed this year, coupled with Asia's relatively strong fundamentals, would lead to a higher level of stability for many of the EM currencies in the region.

Will the dollar depreciate?

The Commonwealth Bank of Australia believes that the US dollar will start even to depreciate over 2019, given the predicted slowdown in the US economy and the end of the Fed’s tightening cycle.

The depreciation, however, will be moderate because the US’s rates are still higher than those in other developed economies such as the EU which maintains a 0% interest rate, the bank said.

The European Central Bank confirmed in December the end of its QE despite the recent slowdown in the bloc’s growth, adding that it keeps its main interest rate on hold at 0%.

Given the EU’s economy is slowing again, it’s unlikely that the ECB’d raise rates any time soon.

EU volatility might drive funds back to the dollar

The zero-percent interest rate aside, EU's relatively volatile environment might even result in more stability—rather than depreciation—for the US dollar in 2019.

The European Parliament election in late May (May 23-26) would mean more uncertainty for the EU if there’s a strong showing of populist radical right parties, which could change the region’s dynamics and economy.

If that is what’s going to take place, the greenback and UD-dollar denominated assets might then be where investors park their funds.