The US Tapering: What Does It Mean for Emerging Asia? 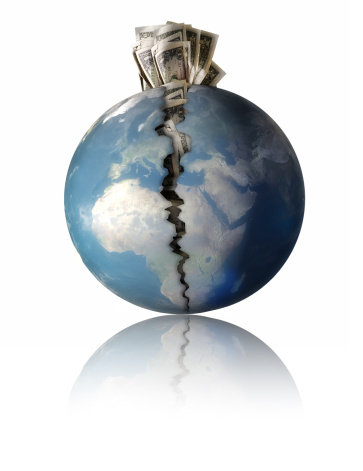 Discussion and speculation abound about the impact on emerging markets of the prospective tapering off of quantitative easing (QE) in the US and higher global interest rates. After the financial turmoil the prospect of tapering has already caused in recent weeks, what does it really mean for emerging Asian countries and what should governments do to mitigate the impact?
Turmoil in the Markets
In recent years, very low interest rates and quantitative easing in several high-income countries led to large flows of financial capital into emerging economies, including in Asia, fueling credit growth and raising asset prices.
The tapering off of QE and normalization of US monetary policy could lead to a reversal of part of these flows. Indeed, talk by Fed officials about a possible tapering timeline has led to higher US bond yields since June. In recent weeks, we have seen a sell-off in the financial markets in several emerging economies, especially in Asia.
The financial turbulence notwithstanding, sudden changes in US monetary policy are not actually on the agenda. The Fed will first reduce the pace of bond buying. The buying would stop later, conditioned on sufficient growth and unemployment reduction.
And the end of QE does not mean the end of easy monetary policy. Our US colleagues at RBS expect the Fed to keep the interest rate at 0-0.25% until 2015.
The prospective normalization of the US monetary stance will take place for a good reason: sufficient economic growth and unemployment reduction in the world's largest economy. That is good for the global economy and the export-oriented Asian economies.
Emerging Asia’s Prospects
Moreover, long-term economic growth prospects in most emerging markets have not changed suddenly. With their current levels of productivity and income much lower than levels in high-income countries, emerging markets still have a lot of room to grow.
Emerging Asia, in particular, has shown it is capable of tapping such long-term growth potential. Thus, emerging markets are likely to remain the key drivers of global growth in the coming decades.
Nonetheless, there are underlying reasons for the recent sell-off in emerging markets. Some of the capital inflows were not financing long-term growth. Instead, they were of a short-term nature and not resistant to higher US yields.
Financial vulnerabilities built up in countries such as India and Indonesia because they ran up sizeable current-account deficits and relied on financial capital inflows to finance them.
But other emerging Asian economies have faced these issues in a less pronounced manner. At the same time, economies with strong current-account positions and those that do not rely on financial capital inflows, such as the Chinese mainland, Taiwan and the Republic of Korea, have not seen much financial turbulence.
With controls on many forms of financial capital, China did not see major inflows of capital triggered by QE. As a result, there is not much of mobile foreign financial capital that wants to retreat from China.
The Chinese economy saw an apparent sizeable net outflow of financial capital in 2012 and a substantial inflow in the first half of 2013. But the bulk of these flows were driven by Chinese enterprises making use of the arbitrage opportunities offered by the internationalization of the yuan, rather than international money.
This does not imply that economies such as China will not feel the impact of further turmoil in emerging markets. Growth of global demand and exports could suffer if the withdrawal of foreign capital from other emerging markets weakens their growth.
The Way Forward
Where do we go from here? We cannot rule out further turbulence in the financial markets. The prospect of reduction in global liquidity and higher interest rates could still lead to further corrections in portfolios, and financial markets are prone to overreact and overshoot.
However, emerging Asian economies have stronger macro fundamentals now and seem better prepared for capital outflows than they were during earlier crises. In addition to stronger current-account positions, debt-service indicators are substantially less intimidating. Exchange rates are also more flexible now and central banks have larger foreign currency reserves.
What should Asian policymakers do to best manage the shift to tougher global monetary conditions and mitigate the impact?
They would do better to limit the size of current-account deficits and keep the macro-economic position sustainable, basically by avoiding expansionary macro policies. Growth remains key, but it should be stimulated by growth- and productivity-enhancing structural reforms, not by expansionary policies.
As to the entry of foreign capital, in principle, there is nothing wrong with it. However, foreign capital that flows into a country because of its growth potential poses less risk than capital that rushes in to reap short-term financial gains. This means it pays to remain open to and attract foreign direct investment by maintaining a good investment climate.
Governments should also work to reassure markets of long-term stability. On the other hand, it is best not to rely too much on financial capital inflows, which could well call for introduction of sensible forms of capital controls at times. Indeed, for China, this episode underscores the need to exercise caution when it comes to financial reforms and opening up of the capital account.
Finally, what could the region do in terms of mutual financial assistance? The past decade saw the rollout of many bilateral swap lines and other arrangements. During the global financial crisis of 2008-09, these were not used as often as they should have been. Therefore, it would be useful to ensure the existing arrangements are used in times of need. The region should also make room for more such arrangements.
About the Author