US Election 2016: The Unpopularity Contest 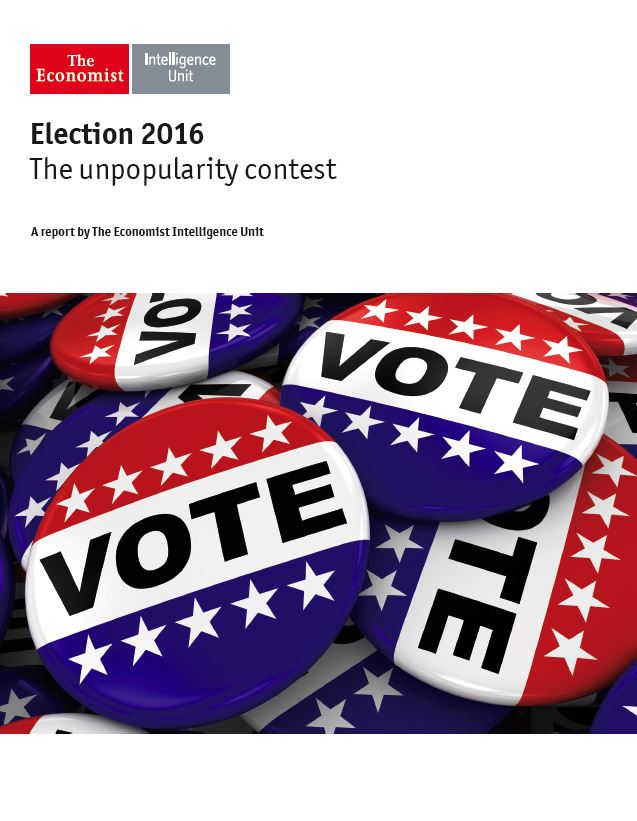 This report from The Economist Intelligence Unit (EIU) analyzes the possible outcome of the unfavorable presidential candidates, Hillary Clinton (Democrat) and Donald Trump (Republican) for the 2016 US election in November.

The two vastly different presidential candidates have widely different views on how to run the country and the election result will greatly affect international organizations. Continued development of free trade agreements are to expect if Ms. Clinton wins, while closing of the borders and domestic protection can be expected if Mr. Trump takes home the victory.

The report expects Ms. Clinton to take home the victory, much due to Mr. Trump's unpopularity, but with a recession lurking, the democrats will only serve for one term.