US Anti-Corruption Act: No Rest for the Weary 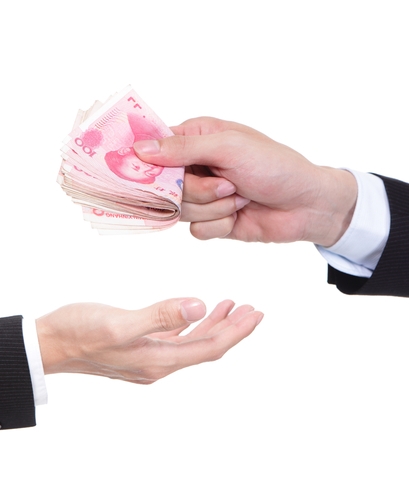 US federal authorities cracked down harder on foreign bribery last year, a move driven by multinationals' dealings with China, according to an analysis released on 7 January by American law firm Gibson Dunn. Both the number of cases involving the Foreign Corrupt Practices Act (FCPA) pursued by the Department of Justice and settlements by defendants rose last year, the analysis shows.
And many of them had to do with China.
In an interview, F. Joseph Warin, co-chair of the law firm's white collar practice, said roughly one in two FCPAs cases in the past five years have involved that country. With "state-owned enterprises a real bugbear for Western companies, nearly half the cases have a China nexus," Warin explained.
Rising prosecutions
The number of cases initiated by the Department of Justice (DOJ) climbed to 19 in 2013 from 11 the year before, only four below the total pursued in 2011. The most cases filed by the DOJ during the past ten years was 48 in 2010.
On the other hand, cases started by the Securities and Exchange Commission (SEC) fell to eight last year from 12 in 2012, continuing a decline since the number of actions pursued by the commission hit a 10-year high of 26 in 2010.
But the lower number of SEC cases does not reflect a decline in interest at the commission, Warin said, noting that the SEC has more resources dedicated to FCPA enforcement than the DOJ does. Instead, the decline in SEC cases stems from the fact that its writ is narrower than the DOJ's.
"The two enforcers literally talk 20 times a day," he said.
While the SEC can only pursue cases involving publicly traded companies and the issuance and sale of their securities, the DOJ goes after everything from money laundering to mail fraud. In the DOJ's case, said Warin, "the scope of the behavior can almost be defined endlessly."
“China, China, China”
"There's no directional mandate or policy trend," he said. And the fact that China is involved half the time is simply a reflection of the size and nature of its economy and multinationals' interest in doing business there.
But whenever Warin makes a client presentation these days, he says, the top issue is "China, China, China."
The cost to settle such combined DOJ and SEC cases is clearly on the rise. The average combined settlement cost US$80 million last year, compared with US$21.7 million in 2012, according to the Gibson Dunn analysis.
The latest figure is almost as much as the average in 2010, which is the highest since the firm began tracking those numbers in 2009.
Two cases in particular, involving French oil giant Total and Swiss oil-services firm Weatherford, drove the average cost up last year, according to Gibson Dunn. Total paid the DOJ and SEC US$398 million after agreeing to settle charges over its dealings with Iran.
Weatherford's settlement of charges that it made corrupt payments to obtain or retain business in six foreign countries – Albania, Algeria, Angola, Congo, Iraq and another unnamed Middle Eastern country – was a combined US$153 million. Both cases rank among the 10 biggest settlements ever.
Costly settlements
Of potentially greater significance, Gibson Dunn noted in a report accompanying the results that not one of the nine corporate FCPA enforcement actions involving both authorities was resolved for less than US$1 million. Only two of these cases closed below eight figures.
This contrasts with FCPA resolutions of only a few years ago, where it was common for multiple cases in any given year to settle for less than US$1 million--even in years where the average settlement value was slightly higher than the $80 million of 2013 (due to particularly large resolutions in those years).
What is raising the cost is the increasingly successful efforts of the agencies to target activities involving higher-level officials, according to Warin. "The difference between a store clerk and a high-level official is the biggest driver."
Historically, he said only 20% of cases had higher level officials involved, but that number is rising. However, Warin noted that defining a high-level official is not easy.
"The challenge is how to discern who's a government official and to have substantial guidelines and policies that govern those interactions," he said.
If companies are active in industries where the government is involved, "you have to scrutinize the operations very carefully," he said. He noted that the energy business outside the US is almost entirely state-owned, and so is health care in many countries.
No relief
Some companies are hoping that a recent case making its way through the courts will curb the US government's ability to pursue FCPA cases. The case revolves around the government's increasingly frequent position that employees of enterprises in which the government owns no more than a 10% stake are nonetheless to be considered government employees.
But Warin said a higher threshold for government involvement would be unlikely to change things much. "There's no ambiguity in many cases," he said, noting that they increasingly involve custom officials, oil ministers or the head of drug enforcement. "It will not in an appreciable detail limit the government's ability to pursue these cases," Warin said. "It's important but not determinant."
He declined to speak about the most high-profile corruption case currently under investigation, involving JPMorgan Chase's hiring of the children of high-ranking Chinese officials, as the bank is a Gibson Dunn client.
About the Author

Ronald Fink is Editor of FierceCFO in the US, a sister publication of CFO Innovation. Click here to sign up for the FierceCFO newsletter.