An Update on Brexit: Assessing the Impact on Asia-Pacific Economies 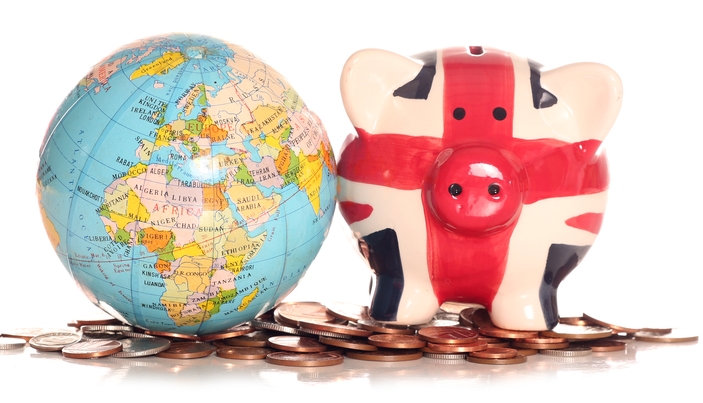 Following the UK referendum vote to leave the EU, IHS Markit has lowered its GDP growth forecast for the United Kingdom and European Union for 2016 and 2017.

The impact on Asia Pacific economies is not expected to be significant in 2016. But IHS has cut its overall Asia-Pacific GDP growth forecast for 2017 from 4.7% to 4.5%, taking into account the transmission effects of Brexit.

Asia-Pacific nations are not significantly exposed directly to the effect of any sharp slowdown in UK imports in 2017. However, the wider effect of the forecast EU slowdown is much more significant

The effect of the UK Referendum decision to leave the European Union has created political upheaval in the United Kingdom, with the resignation of David Cameron as UK prime minister.

There are initial indications that the Scottish Government may seek a possible second independence referendum and that Northern Ireland may want a possible referendum for unification with Ireland, in order to rejoin the EU. Incoming UK Prime Minister Theresa May has reshuffled the UK cabinet, with many significant changes in key portfolios.

Since the first half of 2016 is already over, the immediate economic effect during 2016 may be limited. But IHS Markit has lowered its GDP forecast for the UK in 2017 from 2.4% to just 0.2%, owing to the ongoing political and economic uncertainty that will affect consumer and business confidence and sharply reduce investment in 2017.

The importance of the UK as an individual export market for Asian companies has declined significantly over the past 20 years. Fast-growing Asian markets, notably China, have themselves become increasingly important export markets for many Asian nations.

Owing to the declining importance of the UK as a significant export market, Asia-Pacific nations are not significantly exposed directly to the effect of any sharp slowdown in UK imports in 2017.

However, the wider effect of the forecast EU slowdown is much more significant. The 28-member grouping remains an important export market for many Asian economies. Asia-Pacific economies are expected to be impacted by the UK decision to leave the EU through the transmission effects on Asian exports of weaker EU growth.

A second transmission channel will be through volatility in financial markets, such as near-term weakness for the British pound and euro, owing to the political and economic shocks from the UK Brexit vote.

A number of UK commercial real estate funds have suspended trading due to a surge in redemption requests following the Brexit vote, creating liquidity pressures for the funds.

The weaker growth outlook for the UK and Eurozone in H2 2016 and for 2017 has pushed European bond yields lower. Eurozone government bonds with a face value of €4.3 trillion and an estimated €500 billion of corporate bonds now have negative yields.

The total amount of global government bonds with negative yields is estimated to have risen from US$11 trillion prior to the Brexit vote to US$13 trillion by end July 2016. Of this total, Japanese Government Bonds (JGBs) account for around US$8 trillion. The total value of JGBs with negative yields has risen substantially in June and July. Still, the US dollar and Japanese yen are expected to be preferred safe-haven currencies versus the pound and euro.

The impact of Brexit on Australian exports is low, modest for China, significant for India and a negative shock for Japan

Meanwhile, the Bank of Japan has also announced further limited monetary policy easing measures in order to mitigate the effect of further yen appreciation, by lifting its annual purchases of exchange-traded funds from 3.3 trillion yen to 6 trillion yen per year.

Asia-Pacific exposure to the EU 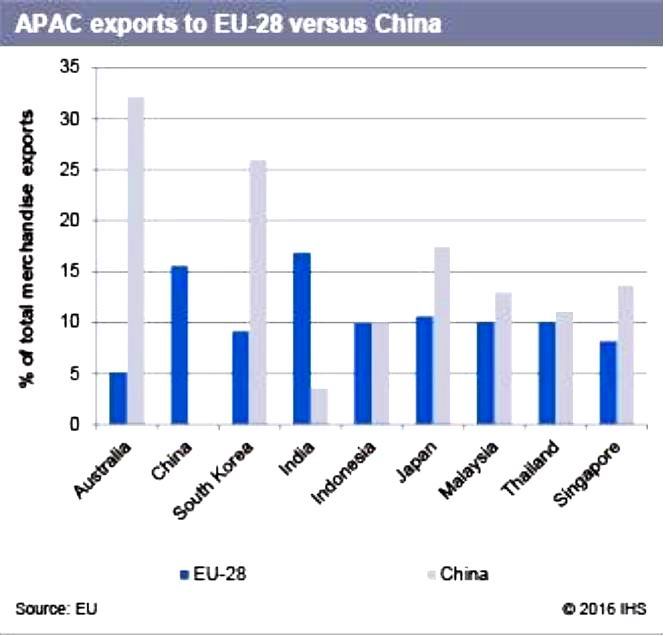 Since the EU does not yet have free trade agreements with many APAC countries, the UK will have greater flexibility to negotiate bilateral FTAs with those nations that may have faced cumbersome negotiations with the EU

APAC FTAs with the UK

The immediate effect of the UK Referendum is that the UK is expected to enter into a two-year period of negotiations with the EU about the terms of its exit. Therefore, the existing arrangements regarding the FTA within the EU will need to be negotiated through a new bilateral FTA between the UK and the EU.

After its EU exit deal is agreed upon, the UK will also no longer be under the umbrella of EU FTAs with non-EU countries. Therefore, the UK will need to negotiate new FTAs with individual APAC countries.

Given strong UK trade and economic and political ties with many APAC nations, this process of establishing new bilateral FTAs that mirror the EU FTAs could be relatively smooth with countries that already have an EU FTA in place, such as Singapore, South Korea, and Vietnam.

The South Korean government has already indicated that it will seek a new bilateral FTA with the UK as a trade policy priority. Incoming UK PM Theresa May and Australian PM Malcolm Turnbull have already signaled that a UK-Australia FTA would likely be a high priority for both nations.

Since the EU does not yet have FTAs with many APAC countries, this also offers the UK greater flexibility to negotiate bilateral FTAs with those nations that may have faced cumbersome negotiations with the EU.

But the EU-Singapore FTA, which has been agreed by both the EU and Singapore, and is currently being reviewed by the European Court of Justice to assess whether the European Commission has the authority to sign and ratify the FTA, could now face further delays in being implemented as a result of Brexit.

For APAC manufacturing companies with production hubs in the UK, an important uncertainty will be whether UK trade with the EU will remain free of tariffs, or whether any tariffs on trade will be applied

Asian investment in the UK and EU

While the political turmoil and uncertainty in the UK following the Brexit vote is expected to deter foreign investment into the UK by global multinationals in the near term, the slump in the pound and euro may increase the attractiveness of certain European assets for Asian individual and institutional investors, such as residential and commercial real estate.

With a number of UK commercial real estate funds under pressure to sell assets due to surging requests for fund withdrawals post-Brexit, this could create opportunities for Asian investors with long-term investment strategies.

APAC firms operating in the UK will also need to assess the implications of the UK exit on their use of the country as an operations center for accessing the EU market. Negotiations with the EU about exit terms is expected to take up to two years, so there is likely to be protracted uncertainty about the final terms of the  UK’s exit from the EU Single Market.

For APAC manufacturing companies with production hubs in the UK, an important uncertainty will be whether UK trade with the EU will remain free of tariffs, or whether any tariffs on trade will be applied.

A key concern for foreign financial services firms operating in the UK will be the future terms and conditions for cross-border financial services provision from the UK to the EU countries. One important issue is whether the UK will be able to continue to operate as a Euro clearing hub for the EU or whether such functions will need to move to within the EU Single Market.

At present, IHS expectations are that the effect from Brexit on global growth will be modest and that the impact on world oil prices will be relatively limited. European oil demand growth is already very weak. The emerging markets, notably China and India, are the main drivers of oil demand.

IHS Energy continues to expect global oil (liquids) demand to be higher than production through the rest of 2016—and for Brent to average US$49 through the end of 2016.

During 2017 and 2018, IHS Energy continues to assume a moderate uptrend in world oil prices, which will continue to support a gradual improvement in oil-related fiscal revenues for Asia-Pacific oil and gas exporting nations such as Indonesia and Malaysia.

The Brexit vote has created political turmoil in the UK, and is expected to result in greater political and economic uncertainty during the next two years, as the UK negotiates its exit terms with the EU. The IHS GDP growth forecast for the UK has therefore been cut sharply for 2017, with Eurozone GDP growth also expected to be lower in 2017.

The overall impact of softer EU growth is expected to trim the overall Asia-Pacific GDP growth rate for 2017. However, the effect on GDP growth in individual Asia-Pacific countries is expected to vary, reflecting factors such as the share of the nation’s total exports that go to the EU, exchange rate effects, and the importance of the EU as a source of foreign direct investment into a particular country.

With many APAC nations having already experienced declining exports since mid-2015 owing to China’s economic slowdown and transmission effects to the East Asian supply chain, the effect of Brexit will further dampen the GDP and export growth outlook for many APAC nations. Still, the overall impact of Brexit on the APAC region is expected to be moderate. 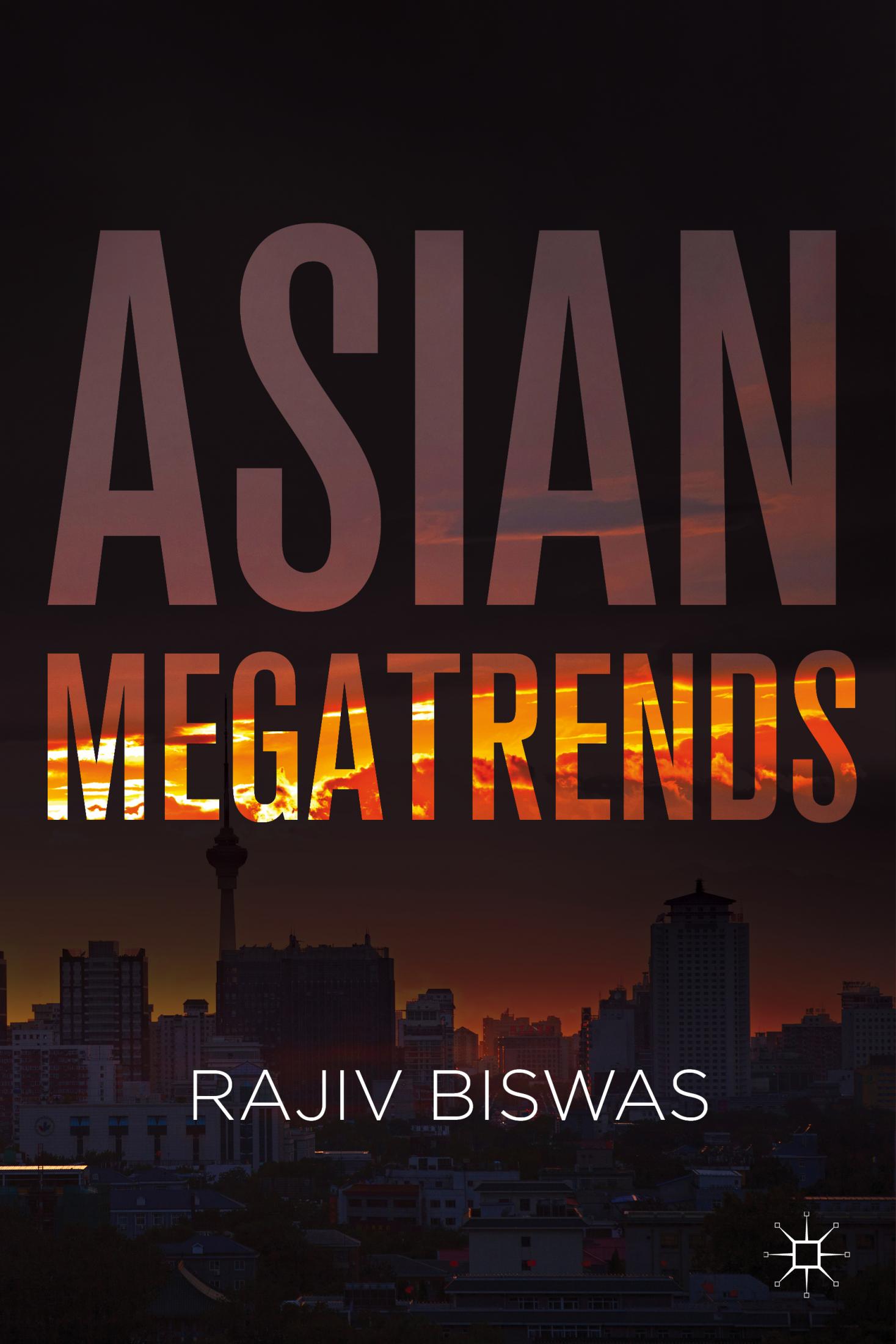 Rajiv Biswas is the Asia-Pacific Chief Economist for IHS Markit, which provides information and analysis to support the decision-making process of businesses and governments. He is the author of Asian Megatrends, published by Palgrave Macmillan in 2016.