Unorthodox Forecasts: What the Year of the Rooster Has in Store For You 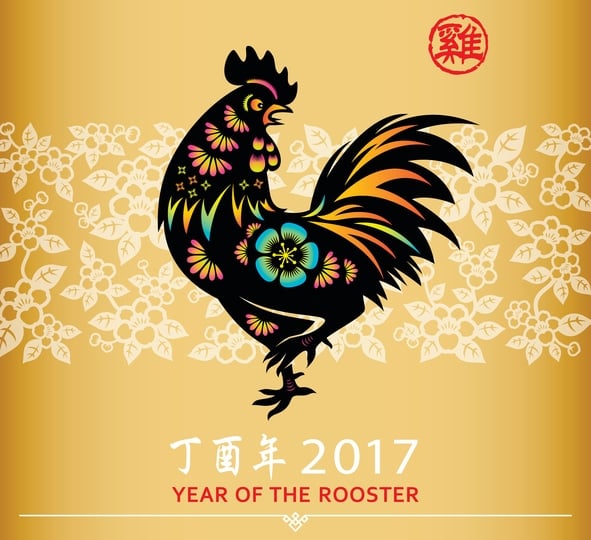 On 28 January – the first day of Chinese New Year – we will usher in the Year of the Rooster. Unlike the Western zodiac which rotates every month between the twelve sun signs, the Chinese zodiac is determined by the lunisolar calendar and rotates between different ‘animal’ signs on a 12-year cycle.

For generations, consulting astrologers has been a traditional ritual in cities like Hong Kong, Singapore and Kuala Lumpur during the Chinese New Year festivities. Individuals visit such practitioners to base their predictions for the coming year, enquiring about personal matters such as love and health but also about broader topics encompassing their own wealth and fortune, the economy and state of the world.

IP Global was intrigued to know: Will the Year of the Rooster bring prosperity for property investors? We interviewed Shan Rong Feng, a Chinese fortune teller, palm-reader and feng shui master with 30 years of experience, to get our answers.

“The Rooster embodies key leadership traits of responsibility, reliability, and intelligence. This year will act as a wake-up call and we can expect to see smoother tides across the global economy”

What can you tell us about The Rooster zodiac sign?

The Chinese zodiac is based on an ancient mythological tale of the ‘Great Race’. Twelve representatives of the animal kingdom – including an ox, pig, rabbit and snake amongst others – took part, carrying with them a specific set of skills to get ahead in the race.

The Rooster, while not as physically agile as the Horse or as crafty as the Rat, was able to use the means of a raft to get past the river obstacle in the race. He also showed his generosity by sharing his raft with the Goat and Monkey.

With honest hard work, team values and intelligence he was able to overcome his limitations and finish the race just after the Monkey.

What will the Year of the Rooster bring?

Last year was the Year of the Monkey. As we know, monkeys are notorious for being mischievous. According to 2016’s Chinese New Year predictions, we could foresee the characteristics of the Monkey creating a fairly volatile economic climate.

In comparison, the Rooster is more peaceful, so we can expect fewer fluctuations in key markets across the world. Also, roosters are the first one to rise and take charge of waking people up at the crack of dawn. Back in the day, our ancestors didn’t have alarm clocks, so we relied on the rooster.

Hence, the Rooster embodies key leadership traits of responsibility, reliability, and intelligence. This year will act as a wake-up call and we can expect to see smoother tides across the global economy.

2017 is also in the Fire element. What does that mean?

Along with the twelve animals, each year also represents one of the five elements; Fire, Water, Earth, Metal and Air. The animal and elemental signs work together to determine the inherent nature and mood of the year.

2017 falls under the Fire sign and represents energy, action and consumption. The Rooster, whose signature color is gold, will only shine brighter in the Fire element.

The Chinese words for gold is ‘gam’ and finance is ‘gam yun,’ which denotes prosperity, showing positive signals for 2017.

What about for those looking to invest in property?

Despite the economic uncertainty of 2016, the 2017 outlook for property investors should be steadier and more positive. As homes are seen as a stable and reliable resource, the Rooster’s key characteristics and familial personality complements property as an asset class.

Are there any auspicious signs that property investors can look out for this year?

Roosters are known to reproduce rapidly, representing prosperity in terms of both population and wealth. The upcoming season of spring, in which the rooster thrives, is considered the best time for positive changes.

As a caution, investors shouldn't be putting all their eggs in one basket and instead spread their wings like the Rooster and diversify. Additionally, the Earth element is particularly weak this year, indicating lower prices in many markets, which means property investors should look out for good deals and hidden opportunities.

Hong Kong-headquartered IP Global untangles the complexities and complications of property investment through its team of experienced international real estate and investment professionals.