The UK Votes to Leave the European Union. What Does It Mean for Asia? 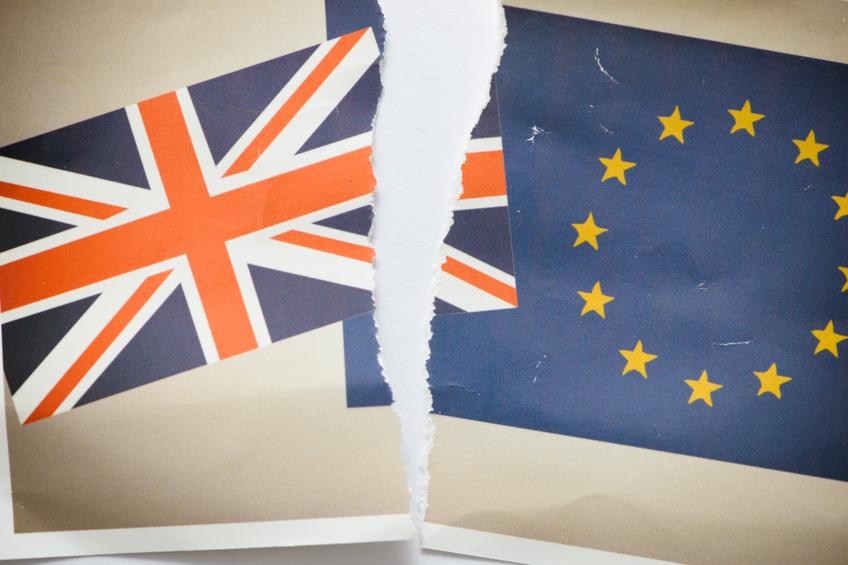 The June 23 decision by UK voters to exit the European Union was unexpected. Many polls had indicated, and the leaders of the Leave campaign had acknowledged, that Remain would pull off a narrow victory.

That the contrary happened – 51.8% of electors voted to leave – explains why the financial markets imploded immediately after the results were announced.

In the immediate aftermath, the British pound fell 10% against the US dollar and the euro by 6%. Korea’s KOSPI stock index was down 9%, Japan’s Nikkei by more than 7%, and Hong Kong’s Hang Seng by nearly 6%.

CFOs and treasurers in Asia should prepare for a lot more volatility in the short term, particularly in the currency markets.

Longer term, the questions to ask will revolve around trade, travel, taxation and commercial contracts entered into when the UK was still part of the EU. Then there is the specter of political instability as Scotland, which voted solidly for Remain, could contemplate leaving the UK in its turn.

Financial markets hate the unknown, so CFOs and treasurers should be prepared for volatility not only in the pound but the euro as well. And there could be spillover effects on Asian currencies

Under the Lisbon Treaty, the UK has until 2018 to negotiate its withdrawal from the European Union. In theory, this gives Asian companies time to plan their own withdrawal from the UK, if the primary reason for being there is to access the EU market as a whole and/or leverage on London’s status as a major financial center.

This leeway also means existing short-term financial contracts such as derivatives will not be affected. This may be true as well for law agreements, says law firm Norton Rose Fulbright.

Norton Rose is less sure about non-contractual obligations because the Rome II Regulation “does not as closely reflect the previous position of English common law.” The result could be “a different outcome to what the parties had previously understood.” With EU law no longer applicable, the nature of a contract could be substantially changed – or “impossible to perform.”

Also uncertain are distribution agreements, joint venture agreements, franchises and license agreements that contain a territorial provision referring to the European Union, such as “an exclusive right to operate in the EU.” Norton Rose advises companies to revisit contracts like these and “look to clarify the position by agreement.”

In light of the Brexit vote, companies in Asia that have similar contracts with UK counterparts (whether in relation to operations in Europe or in China, ASEAN and elsewhere in Asia) should consider clarifying the provisions of those agreements. Needless to say, negotiations on new pacts should reflect the changed circumstances with reference to the UK and the EU.

Two years might be a generous timetable, but the lengthy period also means a longer period uncertainty. Financial markets hate the unknown, so CFOs and treasurers should be prepared for volatility not only in the pound but the euro as well. And there could be spillover effects on Asian currencies – before Brexit, FX risk has already been high with respect to the ringgit, rupiah and rupee.

One approach is a well-considered hedging program, ideally focused on natural hedging – matching costs and revenue in the same currency in the same entity, netting of exposures across entities. Judicious use of derivatives can also be appropriate, but be warned: the cost post-Brexit has understandably spiked on FX forwards and non-deliverable forwards.

Of equal concern is counter-party risk, both customers and suppliers. Most analysts expect the UK and EU economy to take a hit because of the political, economic and business uncertainty, and that could pressure UK and European companies with which Asian enterprises have commercial relationships.

If substantial new tariff and non-tariff barriers are imposed, says credit-ratings agency Moody’s, automotive, manufacturing and food companies in the UK will be adversely affected. “We believe that universities and Transport for London (TfL) also face material credit risks due to the likely loss of EU funding, potential rising costs and weaker demand due to immigration curbs and slower economic growth,” it adds.

Bankruptcies, payment defaultes and disrupted supplies are not a given post the Brexit vote. But it is a good idea for CFOs to take a closer look at counterparties in the UK and Europe and gauge whether more caution is required

In a research report, French bank Natixis forecasts GDP growth in the UK to slow to just 0.5% in 2017. Demand for Asian exports will weaken, it believes, but "generally speaking, the trade channel is not profound." Vietnam is the most exposed, followed by India. Asian markets with the least impact include Korea, the Philippines and Indonesia.

“The overall macroeconomic impact of Brexit is hard to quantify,” concedes Gregor Irwin, Chief Economist of consultancy Global Counsel. But he notes in a report that “the majority of published studies find the impact on the UK would be negative and significant. The impact on the rest of the EU would be smaller, although no comprehensive macroeconomic estimate has been published.”

The Netherlands, Ireland and Cyprus are the most exposed to Brexit, Irwin adds. “Each has very strong trade, investment and financial links with the UK and in the cases of the Netherlands and Ireland are closely aligned in policy terms,” he writes. “Among the larger member states Germany would be affected through several channels, but perhaps most profoundly by the loss of the UK as a counterweight to France in policy debates.”

Bankruptcies, payment defaults and disrupted supplies are not a given post the Brexit vote. But it is a good idea for CFOs to take a closer look at counterparties in the UK and Europe and gauge whether more caution is required.

It’s not all negative. The risks could be turned into M&A opportunities, for example. And with UK and European firms preoccupied by domestic issues, Asian companies may be able to gain market share and sharpen their competitiveness against them at home and abroad.

The news flow in the next two years, and even after that, will almost certainly blow extremely hot at times, keeping uncertainty constantly on the boil. One immediate issue: UK politics. Will maverick ex-London mayor Boris Johnson, a key Leave leader, replace Prime Minister David Cameron, who backed Remain?

What about Scotland, which voted 62.2% against 38.8% for Remain? Scotland’s First Minister Nicola Sturgeon has said that an independence referendum “is definitely on the table” if Scotland votes to remain and the rest of the UK elects to leave (54.6% of English and 55.5% of Welsh voters opted for Leave; 55.7% of voters in Northern Ireland decided to remain).

Scotland voted in 2014 to stay with the UK by a 55.3% to 44.7% margin, but there is no saying what the referendum would be now that the UK has elected to leave the EU. The political temperature will remain at boiling point, however, as harsh words and sentiments will almost surely be part of a Scotexit – as it would be should other EU members (remember Greece and Grexit?) follow the UK’s lead.

The process of deciding what the relationship between the UK and EU by 2018 is also fraught. Irwin, the Global Counsel economist, examines five models:

“We expect that, over time, the UK and the EU would come to an arrangement to preserve most – but probably not all – of the current trading relationships”

Not the end of the world

The road ahead, in other words, is going to be long and very rocky. But it won’t be the end of the world. “We expect that, over time, the UK and the EU would come to an arrangement to preserve most – but probably not all – of the current trading relationships,” says Moody’s.

But as in any divorce, there will be hairpin curves and turns, moments of despair and anger, and finally acceptance and closure. It will be an interesting two years for the two parties directly involved, and also for the rest of the global economy, including Asia’s economic planners and CFOs.