Two Years Into the Modi Government, How are Things Shaping Up for India? 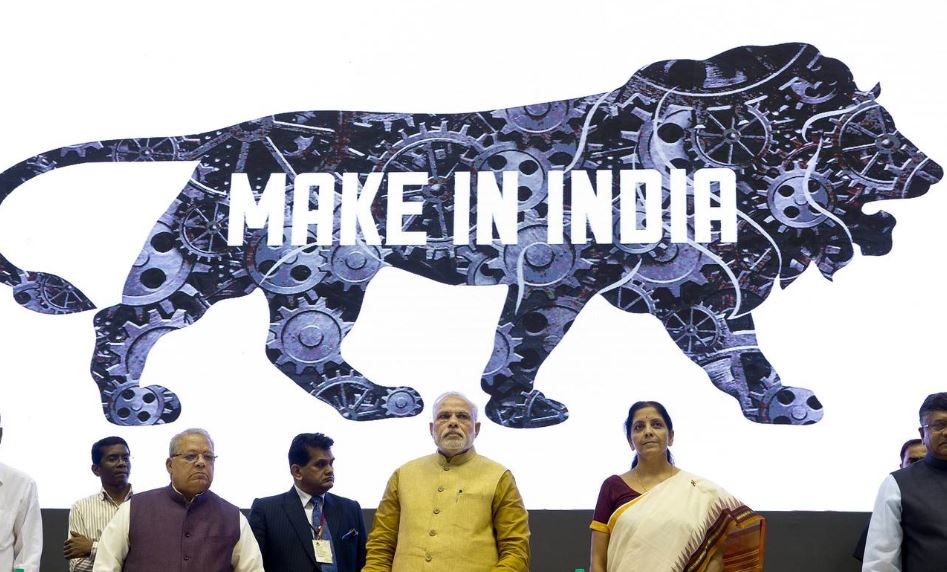 The National Democratic Alliance (NDA) government led by Prime Minister Narendra Modi marked its two-year anniversary on May 26 of this year.

Given its overwhelming mandate in the 2014 general elections, the Modi government has been held to a high standard. A bounty of electoral promises has also resulted in big expectations, particularly, in the domain of economic and institutional reform, infrastructural growth, business competitiveness, and foreign policy.

Below is an assessment of some key economic programs and legislation introduced by the NDA government.

The flagship ‘Make in India’ program is designed to regain foreign investor confidence and boost domestic production. FDI has increased, but weak infrastructure continues to hurt India’s chances of establishing itself in the global supply chain

India is considered a bright spot on the global map today, growing at a steady 7.5 percent, according to the Organization for Economic Cooperation and Development (OECD). India surpassed China in attracting foreign direct investment (FDI), with a record FDI of US$ 51 billion last year.

Jumping twelve spots higher, the country managed a 130th rank in the World Bank’s Ease of Doing Business index in 2015. A genuine competitiveness has been fostered between the states as the government tracks each state’s ease of doing business by ranking.

Rounding up a healthy macroeconomic picture is the state of India’s current and fiscal account deficits, which are under check, having benefited from low crude oil prices.

However, it is the country’s microeconomic status that gives some cause for worry with flat private investment figures, negligible bank lending, declining corporate growth and earnings, and slow pace of consumer demand and job creation.

Nevertheless, a series of ambitious economic programs have been launched by the NDA government, which will take time to fructify. At this juncture, they have critically helped change the investment outlook of India.

This is the NDA government’s flagship program, designed to regain foreign investor confidence and boost domestic manufacturing and industrial production. Aside from relaxing the FDI policy in 25 focus sectors, the ease of doing business has improved through faster clearances and transparency for permits and financing. Prime Minister Modi has also traveled to several countries in order to showcase the country’s investment opportunities.

In May, the Union cabinet approved the first ever national capital goods policy to incentivize domestic production of manufacturing equipment and increase their exports. The policy is of importance, as the indigenous development of heavy industry is integral to the success of the “Make in India” program.

Further, while FDI has increased, weak infrastructure continues to hurt India’s chances at establishing itself in the global supply chain. Inefficient rail networks, declining factory access to electricity, fragmented land and labor markets, and difficulties in land acquisition are some of the key challenges facing the government’s economic growth objectives.

India is the second largest exporter of information and communication technology (ICT) goods, but it has the largest offline population in the world, with nearly a billion Indians without access to the internet.

Some notable e-governance measures include the feedback mechanism initiated through www.mygov.in, “CPGRAMS”, which is a mobile application to redress grievances relating to public works agencies, and “DigiLocker”, a digital document storage facility for Indian citizens.

All government agencies are now required to provide their contact details online and social media (Twitter and Facebook) is used to deliver information directly from the government to citizens.

Modi has also sought to rope in major Silicon Valley corporations like Microsoft, Google, and Facebook to enable faster and deeper internet penetration in India. Ultimately, the Digital India campaign aims to create “broadband highways” of 600,000 kilometers across the country, but this is still very much a work in progress.

The NDA government has passed a number of important laws and regulations, although other equally key measures such as the Goods and Services Tax bill and reforms of land acquisition and labor policies have been delayed

A host of incentives have been unveiled by the government to promote the growth of startups in India to improve job creation and entrepreneurship.

This is an urban renewal and retrofitting program that aims to develop the infrastructure of 100 cities, making them citizen friendly and sustainable.

The Ministry of Urban Development kick-started the program by shortlisting 20 cities in January, followed by 13 more cities announced in May via a competitive selection process. The total proposed investment for the 33 cities, through federal and state governments and private funding, comes to US$12.02 billion.

The program has opened up a myriad of prospects for investment in the infrastructure sector. A three-day conference on India’s Smart City Mission was recently held in Berlin in Germany.

The NDA government has also passed a number of important laws and regulations, although other equally key measures such as the Goods and Services Tax bill and reforms of land acquisition and labor policies have been delayed.

Bankruptcy Regulation: The Insolvency and Bankruptcy Code 2016 was passed on May 11 after incorporating changes proposed by different political parties in a joint parliamentary committee. The new law reduces the insolvency resolution period to a maximum of nine months and creates a new category of ‘insolvency professionals’.

The legislation is a significant achievement as it ensures the faster recovery of debt by creditors, disqualifies bankrupt individuals from occupying public office, and establishes a database of serial defaulters.

Real Estate Regulation: The Real Estate (Regulation and Development) Act 2016 came into force on May 1, introducing much needed transparency in the sector. Home-buyers are now assured of time-bound execution of projects.

Rules for e-Commerce and IPR Policy: New rules for e-commerce provide an official definition of the ‘online marketplace’ and give clarity to the government’s FDI policy in both the business-to-business and business-to-consumer segments.

Given the rapid growth of technology in the retail sector and India’s vast consumer market, these rules are timely, and level the playing field between online and traditional retailers. More needs to be done, however, as the ambiguity of India’s tax laws coupled with delays in business clarifications by tax authorities are costly for e-commerce firms.

The government announced a new National Intellectual Property Rights (IPR) Policy on May 12, subsequently publishing the Patents (Amendment) Rules on May 16. Most importantly, both the Policy and Rules acknowledge IPRs to be marketable financial assets and incentivize innovation and entrepreneurship by providing legal measures in case of copyright violation and infringement.

The NDA government’s economic report card reads positively for two years, but only when focusing on the big picture. Significant challenges remain on the ground, especially in the domain of institutional reform and failures in the agriculture sector.

The widening rift with the opposition Congress party has also delayed key legislation such as the Goods and Service Tax bill, land acquisition and labor reforms. In addition, the government has alienated various sections of Indian society through both direct and indirect support for intolerant campaigns, which can easily prove to be its undoing.

What is noteworthy is how India has grown despite the global economic slowdown. But implementation of the government’s flagship reforms will hold the key to how long this growth lasts.