Trump Triumphant: What the New US President Means for Asia’s Businesses 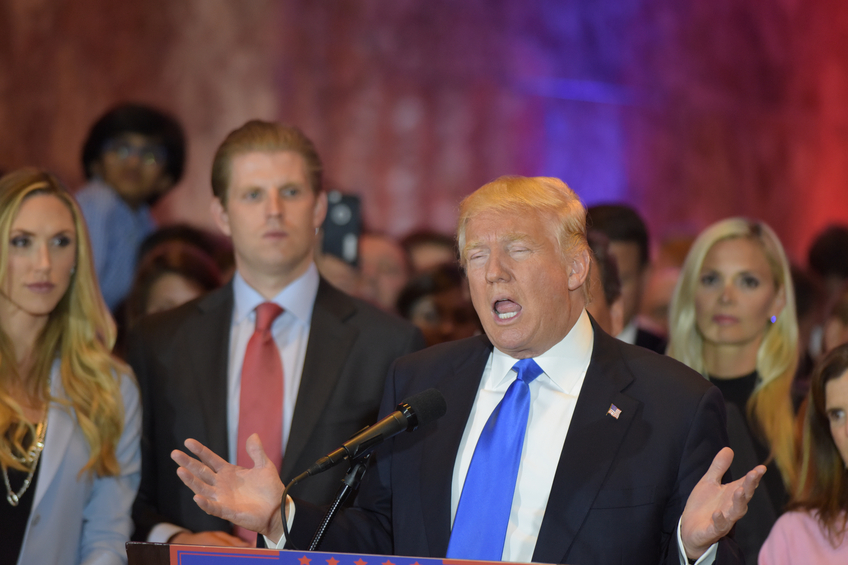 Then came the surprise outcome. The billionaire political neophyte Donald Trump, derided for his misogyny, undisciplined ranting on Twitter, insults to minorities, illegal immigrants and the disabled, and yes, an orange-y tan and hair, was elected the 45th president of the United States.

Economies and businesses in Asia are now wondering about the fallout. Will Trump and the Republican Party, which retained control of the US Congress, ‘Make America Great Again’ at the expense of the rest of the world? If so, how best to respond to the planet’s largest economy turning its back on it?

“There are two main traits that are bound to remain in the economic policies [Trump] will be conducting. The first is protectionism and the second is more interference in Fed affairs, in particular in monetary policy”

Asia’s CFOs will be tested as never before along with the CEO and the board in 2017 and beyond. There is already deep uncertainty in the global economy as Britain prepares to exit the European Union. Trump's ascension threatens to unleash first- and second-order effects on global trade, the international financial system and geopolitics.

“Even if part of Trump’s aggressiveness gets ironed out once he becomes President,” writes Alicia Garcia Herrero, Chief Economist, Asia Pacific Research, at French bank Natixis, “there are two main traits that are bound to remain in the economic policies he will be conducting.”

“The first is protectionism and the second is more interference in Fed affairs, in particular monetary policy.”

She sees China, the world’s second largest economy, as both loser and winner. Garcia Herrero says import tariffs will very likely be imposed on Chinese goods, which will of course be bad for China (and free trade). But given the growth of Chinese exports to emerging economies, which is already double that to the US, the impact of American protectionism could be manageable.

There is also cause for optimism for China on the unlikelihood of the Republican Congress passing the Trans-Pacific Partnership, a free trade agreement championed by Barack Obama that shuts out China and India (the 12 partners include the US, Japan, Singapore, Malaysia, Vietnam and Australia).

This will create additional space for China to sign regional or bilateral agreements with other Asian economies, argues Garcia Herrero. China is part of the proposed Regional Comprehensive Economic Partnership, a free trade agreement between the ten-nation ASEAN and six countries that it has FTAs with – Australia, China, India, Japan, New Zealand and South Korea.

Additionally, US protectionism targeting Mexico, which Trump wants to pay for a border wall to keep illegal immigrants out, “will help China improve economic ties with countries long under strong US influence.” Even before Trump, the Philippines under its Trump-like president, Rodrigo Duterte, had already pivoted away from the US to China, despite a territorial dispute between Manila and Beijing.

“China’s third-quarter economic growth came in with a third consecutive reading in 2016 of 6.7%,” he adds. “China’s economic rebound will have positive knock-on effects for other regional economies.”

If the positive economic trends prove sustainable (there are worries about excesses in the credit system precipitating a banking crisis in China), that will be good news particularly to Asia’s open economies like Singapore and Hong Kong. As trade entrepôts and financial centers, the two cities are vulnerable to US-induced ructions in global trade.

As the right takes power in America, the Asia CFO’s mettle will be tested in terms of risk management, strategy-setting, forecasting, planning and overall financial management

Trump had also inveighed against offshoring by US companies, which he blames for job losses in America. If US corporations hold back on business process outsourcing and investment in factories abroad, that could be negative for outsourcing countries like India and the Philippines, low-cost manufacturing hubs such as Indonesia and Vietnam, and higher-up-the-chain centers like Malaysia and Thailand.

There could be short-term pain, but Chan is positive over the medium- and long term. The dependence of many Asian economies on exports to consumers in developed markets like the US is waning, he says, as consumption and investment dwarf net exports as drivers of economic growth.

Overall, Chan believes that the impact of the US election on Asian markets will not be outsized. He argues that Asian corporates and governments have the ammunition to deal with the uncertain situation, in terms of cash and other resources, and a robust consumption base in the continuing rise of a middle class that skews young across most of the region.

As the right takes power in America, the Asia CFO’s mettle will be tested in terms of risk management, strategy-setting, forecasting, planning and overall financial management. How to ensure that the company will survive and thrive in economic and business environments roiled by the mercurial Trump, Brexit and other curve balls? Some action steps to consider:

Prepare for continued volatility in the financial markets. There will be uncertainty whenever policymakers radically change course, and markets hate uncertainty. Expect wild swings in the equities and currency markets before Trump takes office on January 20, 2017 – and even after that date.

The US dollar will be volatile. Natixis’s Garcia Herrero recalls that Trump had said he would replace Janet Yellen as Fed governor if he wins. “While we believe that Trump may not take that decision before Yellen’s term comes to an end in 2018, it seems clear that he will push for lax monetary conditions to support growth,” she says – meaning a weaker dollar.

“Investors are likely to now focus on the upcoming FOMC meeting plus any indication of drastic changes in foreign policies, which could impact trade deals,” says Teera Chanpongsang, a portfolio manager at Fidelity Asia Fund. Expectations that the US central bank’s Federal Open Market Committee will raise interest rates on December 14 had supported the dollar, but that has now been upended by Trump’s surprise win.

If the Fed does not raise rates, the dollar could continue to swoon. However, there might also be a flight to safety – meaning a stronger dollar – given events in Europe, including the constitutional referendum in Italy on December 4, Britain’s self-imposed March 2017 deadline to trigger its exit from the European Union, and national elections next year in France and Germany.

Asia’s relatively resilient economic and business prospects could evaporate should Trump or his surrogates blunder into geopolitical conflicts – a confrontation with North Korea, say, or an inflammatory approach to China, Iran or Russia

Be agile in seizing opportunities. If American companies are incentivized to create jobs at home and to dial back their activities abroad, that could provide Asian companies with an opening to move into sectors that US companies traditionally dominate, such as technology, food and beverages, and pharmaceuticals.

Accelerating sales and market expansion in Asia also makes sense as corporate strategy. If protectionism in the US takes hold, governments will have greater incentives to boost initiatives such as the ASEAN Economic Community and the Regional Comprehensive Economic Partnership and open more doors to businesses in member nations.

Chanpongsang, who manages Fidelity’s Emerging Asia Fund, is particularly bullish on India, Indonesia and the Philippines, which he says will benefit from structural growth because of low penetration of consumer products, increasing infrastructure spending, and strong GDP growth.

Conduct more frequent what-if scenarios and stress testing. The US and EU are in uncharted territory, so policies and circumstances could change and mutate quickly and without much warning. In the US, Trump’s narcissistic personality, penchant for exaggeration, loose relationship with facts, and lack of nuance in international affairs are raising worries among economists, security specialists and foreign policy experts.

Indeed, Asia’s relatively resilient economic and business prospects could evaporate should Trump or his surrogates blunder into geopolitical conflicts – a confrontation with North Korea, say, or an inflammatory approach to nuclear powers China, Iran or Russia. Gross mishandling of the anti-ISIS wars in Syria, Iraq and Afghanistan could spill over into the economic and business spheres as well.

All this argues for more frequent forecasting, scenario planning and stress testing, at least in the short term. CFOs should expect to field urgent questions from the CEO and the board about the way forward in the Age of Trump, and finance should be ready with well-considered answers, analysis and courses of action.

But finance should resist the temptation to worry overmuch. While the potential for disaster is there, the US has been a functioning democracy for over 200 years. Its institutions have stood the test of time. And the job can change the man. The intemperate Trump on the campaign trail can become a disciplined leader drawing on his business experience in the Oval Office.

There is also something positive to be said in the fact that the executive and legislative branches are now technically united under the Republican Party, though there appears to be some ideological differences between Trump and the congressional leadership.

Progress is likely to be made on healthcare reform, taxation and what business people, including Trump, calls regulatory overkill in finance and banking, energy, the environment and other issues.

It is true that protectionism, immigration, and geopolitical and security worries are sensitive issues that could be mishandled. The culture wars are also not going to end. The liberal left will seek to preserve their gains in minority and women’s rights, gay marriage and other hot-button items – even as the election victors aggressively push their conservative agenda.

But that’s how democracy works. For Asia’s businesses, the best response is to study, stay alert and act judiciously as a triumphant Trump embarks on the remaking of America.