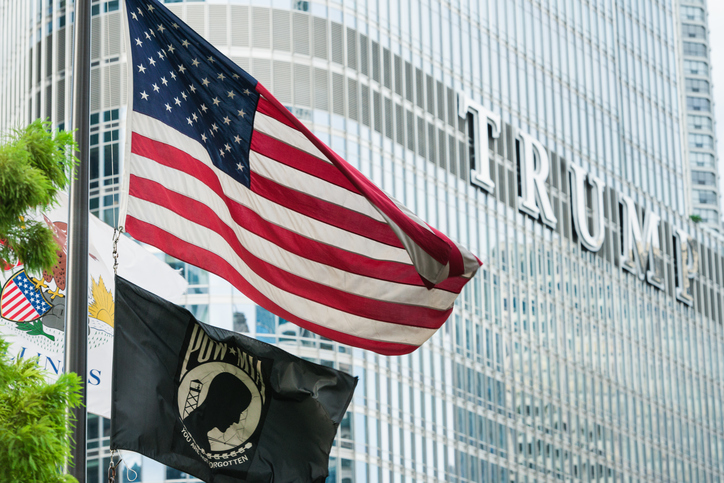 On November 21, US President-elect Donald Trump unveiled his plan for his first 100 days in the White House. Areas of particular interest for Asian businesses are the following:

Trans-Pacific Partnership: US withdrawal from the TPP will signal the end of the partnership and may spur China to exert greater influence on international trade in Asia in the future.

International Tax: Tax breaks for US companies that repatriate their offshore profits to the United States may lead to increased overseas investment from those companies, where the majority of their revenue comes from outside of the United States.

Energy: A push towards fossil fuels may signal a boom in the energy industry in the United States and presents a significant opportunity for investment.

Deregulation: Deregulation of the banking and financial sectors may encourage Asian businesses that previously cut ties with their US counterparts due to restrictive US regulations to revisit their previous relationships with US banks and financial institutions.

Infrastructure: Trump’s focus on rebuilding America’s infrastructure may present an investment opportunity for private investors, but the profitability of the investment may still only be high in the types of projects that are already profitable.

A US exit from the Trans-Pacific Partnership could reflect a shifting attitude towards the country’s role as a trade partner in the world, as well as towards trade relationships with its main competitors

In a video message, Trump identified six executive actions that he would take upon being sworn into office on January 20, 2017:

Not much more is known about these proposals, which are still in development, although the announcement—together with further appointments to his transition team—provide some insight into the possible shape of the Trump administration.

Withdrawal From the TPP

The TPP aims to remove tariffs and promote trade among its signatories, and establishes an investor-state mechanism for resolving disputes. In some ways, the TPP has the potential to create a single market similar to that of the European Union.

At the time of publication, the signatories to the TPP are Australia, Brunei, Canada, Chile, Japan, Malaysia, Mexico, New Zealand, Peru, Singapore, the United States, and Vietnam—representing 40% of the world’s economy.

The TPP has yet to be ratified. US withdrawal from the TPP will almost certainly mark the end of the partnership.

At its core, the trade deal was a way for the United States to influence trade policy in Asia in the 21st century. Without the TPP, some of the signatory states may seek to partner with one another to remove barriers to trade. This willingness will likely spur China—a state that is not a signatory to the TPP—to help shape multilateral trade relationships with countries in the Asian region and beyond.

A US exit from the TPP could reflect a shifting attitude towards the country’s role as a trade partner in the world, as well as towards trade relationships with its main competitors.

The President-elect’s announcement may signal that the United States intends to depart from the Obama administration’s focus on strengthening US values in Asia, but whether the United States will take a more direct approach in its dealings with trade competitors such as China remains unclear.

Absent from Trump’s comments were references to proposed litigation against China for the alleged unfair use of subsidies, to the igniting of a trade war with China, or to China as an alleged currency manipulator—all of which he had stressed on the campaign trail.

It is not yet clear how this apparent softening of criticism will shape the US response to what is perceived to be an increased exportation not only of Chinese goods and services but also of a Chinese vision of what trade in Asia will look like in the 21st century.

Recalibrating the Sino-American dynamic will have several consequences. Chinese outbound investments may be redirected away from the United States to other markets, including markets in Asia. Higher US tariffs on Chinese goods and services may decrease their overall global demand, thereby causing falling prices of such goods and services.

He proposes that, for the trillions of dollars that US companies have accumulated in offshore profits, those profits would be subject to a one-time tax rate of 10% (from the current corporate income tax rate of 35%). This could repatriate over US$1.5 trillion over the next 10 years.

The removal of US companies’ ability to defer the repatriation of profits indefinitely may discourage them from accumulating substantial profits from overseas investments. On the other hand, some US companies have indicated that they support the proposed shift in tax policy because it would put them on a similar tax footing as their foreign rivals.

Some of the US companies generating a majority of their revenues overseas are likely to reinvest the money they save from this tax break overseas, including in Asia.

During his campaign, Trump suggested that US$50 trillion worth of oil and gas reserves remain to be tapped in the United States. A July 2016 report by Rystad Energy, an Oslo-based consultant, estimated that the US holds 264 billion barrels of recoverable oil, which at today’s oil price is worth approximately US$13 trillion.

More than half of the untapped oil is in unconventional shale oil, which was previously expensive and impractical to extract. The development of new technologies has changed that. According to a 2010 study by the National Association of Regulatory Utility Commissioners, about 2,000 trillion cubic feet of natural gas is exploitable using technology available today.

The President-elect’s comments suggest that the exploitation of shale oil and the use of clean coal will form a key part of his energy policy.

The reinvigoration of a domestic energy industry will create valuable opportunities for companies to participate in what might be one of the largest fossil fuel booms in recent history. Conversely, the sustainable energy sector will want to watch developments closely as a new energy policy emerges.

Throughout his presidential campaign, the President-elect made his enthusiasm for deregulation clear. His pledge to implement a rule that, for every new regulation being introduced, two old regulations will be removed, sends a clear message about his conviction of the need to effect deregulation.

In particular, the Dodd-Frank Wall Street Reform and Consumer Protection Act (Dodd-Frank Act) came under criticism by Trump before he was elected. The Dodd-Frank Act, signed into law by US President Barack Obama in 2010 in response to the 2007 financial crisis, imposes heavy regulations on the US financial services industry.

Investments in US domestic infrastructure on a substantial scale represent an opportunity for Asian investment into the US construction industry. Depending on their scale, overseas expertise in construction and engineering projects may be required to realize Trump’s infrastructure ambitions

Unwinding the Dodd-Frank Act may have a significant impact on Asian financial institutions that have cut or are cutting ties with their American counterparts due to tough capital requirements and risk management regulations. A loosening of restrictions in the American financial markets may therefore lead to a reversal of that trend.

It is not yet clear how the Dodd-Frank Act would be revised or repealed, which regulations could be changed, or if new legislation will be proposed to replace it. Practically speaking, repeal of many parts of the law will be difficult; it may prove too costly in some cases, and useless in others.

Investments in US domestic infrastructure on a substantial scale represent an opportunity for Asian investment into the US construction industry. Depending on their scale, overseas expertise in construction and engineering projects may be required to realize Trump’s infrastructure ambitions.

Trump has indicated that he would like to raise between US$550 billion and US$1 trillion to help improve American domestic infrastructure. Details on how these funds would be raised have yet to be unveiled.

From other statements made by the President-elect, it appears that a new infrastructure plan will not take the form of direct investment to fund new roads, bridges, water systems, airports, etc., but rather will come largely from private investors backed by tax incentives (Trump’s advisors have argued that about US$137 billion in tax breaks will be needed to attract US$1 trillion in infrastructure finance).