Trade War: How Many of the US's 142 requests would China Address? 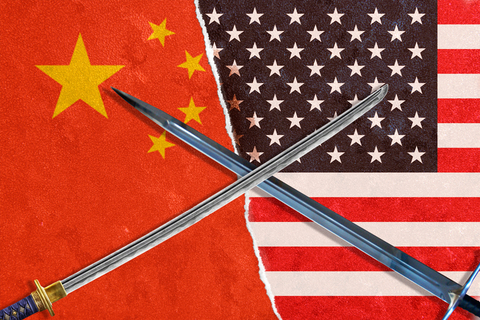 While the US reportedly will make an official announcement of delaying a tariff hike on Chinese goods until March 1, 2019, it couldn't be automatically translated into optimism as uncertainty remains when it comes to how China will deal with the 142 requests raised by the US regarding trade issues.

A notice in the Federal Register is slated for publication Friday that will solidify the deal to keep tariffs on Chinese imports at 10%, a Bloomberg report cited sources as saying.

The decision, when formally announced, will cement the agreement between Trump and Xi on Dec 1 during their meeting in Buenos Aires.

The White House didn’t immediately have a comment, said Bloomberg.

As positive as this might sound, the US indicates it's skeptical about China addressing those requests which have never been made public.

The US Commerce Secretary Wilbur Ross said in an interview with Bloomberg that the US doesn’t expect China to meet all of those requests but the success of their talks will be hinged on the number of requests that China will address and agree to take actions.

China, though, has plans to implement a huge cut on duties on American cars from 40% to 15% and resume purchases of soybeans from the US soon, while reiterating initiatives to put additional efforts into intellectual property protection.

While the US Commerce Secretary said in the Bloomberg interview that those are welcome moves, they remain "very early-stage, very preliminary" ones.

Would China delay its plan to become the world's tech leader?

China is also reportedly considering plans to delay some of the targets in its "Made in China 2025" plan to 2035.

While none of the two countries mentioned if this master plan is part of the negotiation when they announced a 90-day timeout earlier this month, US officials signaled on Wednesday that China will have to do more to end the standoff.

Both the US Commerce Secretary and Treasury Undersecretary for International Affairs David Malpass called on China to agree on timelines, deadlines and enforceable actions to balance trade and open their markets to foreign companies.

Ross: We're not against the 2025 plan but we're not happy with China's tech theft

Wilbur Ross said in an interview with CNBC that he has no objections to the Made in China 2025 plan and what the US objects to is China's use of inappropriate methods such as stealing secrets and forced technology transfer.

"“We’re perfectly happy to compete with them toe-to-toe, as long as it’s a level playing field," Ross was cited as saying in the CNBC interview.