These Two Banks Think RMB is Likely to Appreciate 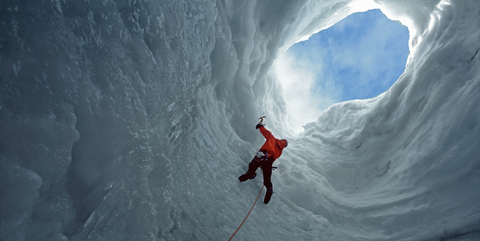 Natixis and HSBC predict appreciation for the Chinese currency despite the escalating trade war.

Contrary to the views of various analysts such as J.P. Morgan and UBS, Natixis said rapid RMB depreciation would be halted by China’s central bank.

The most important factor guiding international capital flows, namely the China-US yield differential, has narrowed significantly since the end of the 2017 to a historical low since early 2016, the investment bank noted.

“Fiscal stimulus should push interest rates up,” said Natixis. “While the PBoC may instill liquidity to support the market, the Fed’s hiking cycle puts additional upward pressure on interest rates in China.”

In addition, the recent actions from People’s Bank of China, such as use of countercyclical factor and the imposition of reserve requirement for forward transactions, suggest that a fast depreciation is not desired by the central bank, Natixis pointed out.

Considering that China still holds massive foreign reserves and a very tight command of the banking sector, it should be possible for the monetary authority to redirect the RMB in its desired direction, Natixis forecast.

“We believe that the wave of RMB depreciation is probably over and that renewed fiscal stimulus will bring a halt to decelerating growth as well as higher interest rates supporting a stronger RMB,” Natixis said.

HSBC also expect the Chinese currency to hit RMB 6.7 per US dollar by year end.

The market is now very much driven by negative sentiment induced by concerns about trade tensions and HSBC thinks that the market is currently projecting a pretty pessimistic scenario, Fan Cheuk Wan, head of investment strategy and advisory for Asia at HSBC Private Bank was quoted in a recent CNBC report as saying.

She was also cited in the CNBC report as saying that worries about capital outflows have not materialized as foreign investors are still buying Chinese shares and bonds.

However, she cautioned that potential downside risks of further deterioration in the trade tensions need to be taken into account as well, according to the report.

The more positive news is that given domestic demand contributes more than 90% of China’s GDP growth, the impact of the trade war on China might be small—0.4 percentage point off the country’s growth for the implementation of tariffs on US$200 billion of Chinese goods., Fan was quoted as saying.