Tax Crackdown: Indonesia and Others in Asia Take on Google and Apple 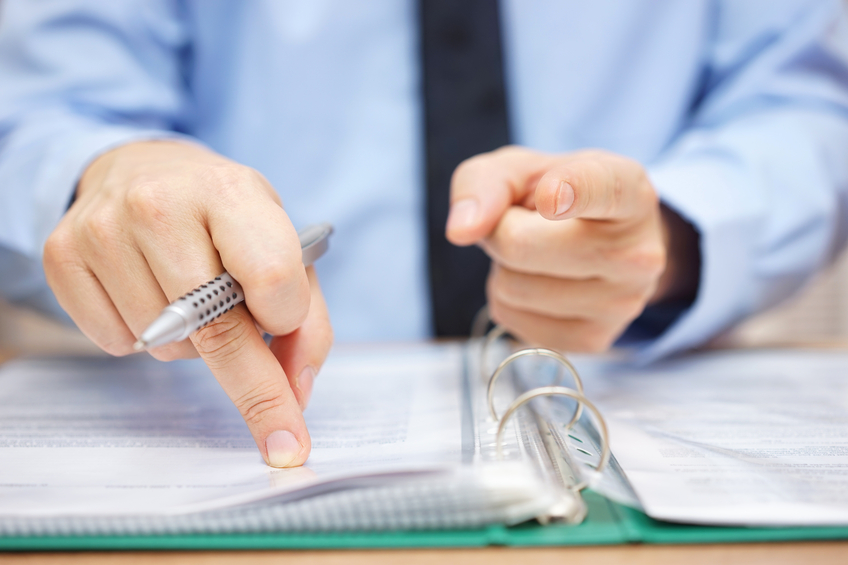 The past few months have been a busy time for accountants in the IT giants. First the European Commission slapped Apple with a US$21 billion bill for back tax on behalf of EU member Ireland – despite the fact that the Irish government (and of course Apple) disagrees with the action.

There might be some tax contagion going on here, starting with the global Internet giants – and spreading on to other companies, including your own. We look at each of the cases and then the trends on what might happen next.

“The BEPS Project delivers solutions for governments to close the gaps . . . that allow corporate profits to disappear or be artificially shifted to low or no tax environments, where companies have little or no economic activity”

Apple and the European Union

On 30 August the European Commission (EC) ruled that Apple owes Ireland €13 billion in back tax dating from 2004, plus another €6 billion in interest, excluding the rolling overdue fines and interest incurred due to those overdue fines. The total: €19 billion or US$21 billion).

In effect, the EC is saying that Ireland gave Apple illegal state aid by failing to collect taxes, which now has to be repaid.

Ireland argues that it does not want this money and is afraid that the high paying jobs that Apple created will vanish. Both the Irish government and Apple are appealing the EC ruling.

In the last quarter of 2015, Ireland saw a huge 26% growth in GDP, which confused just about everyone. No developed country grows that much in one year.

Later it became known that much of it was due to Apple’s relocation of its intellectual property to Ireland. Economist Paul Krugman described it as “Leprechaun economics”. This is where economic growth is not substantiated with actual economic activity but by rather artificial means.

If Apple had not transferred the IP not been in Ireland in 2015, Apple might not have been able to take advantage of EU Transfer Pricing (TP). But because of the IP relocation, Ireland has taken on a permanent increase in the EU levy of €380 million (US$428 million) a year.

EU countries pay into the EU based on their GDP. The huge increase in GDP from what is essentially Apple’s internal accounting is not inconsequential.

The argument around the creation of 5,500 highly paid jobs that Apple has given Ireland takes on a new meaning in light of the extra levy Ireland has to pay. The first €69,000 (US$77,000) for each extra job goes solely towards paying for that levy, which means that once all is counted, the government of Ireland gets practically nothing out of the deal.

Phones, iPads and other Apple products sold in Europe, Africa, the Middle East (EMEA) and India are registered by Apple Sales International, a subsidiary in Ireland. All the profits from this were allocated to a “head office” with no operating capacity to handle and manage distribution business or any other substantive business.

Given it had an effective European tax rate of 1% on €16 billion euros or more per year, Apple was able to keep most of its cash without having to pay tax to other European countries and, possibly, globally.

Going forward, Apple has three choices. First, it could decide to be Irish and pay the Irish government €19 billion. Second, it could accept it was stateless and that it abused the TP mechanism – and pay roughly €60 billion (US$67.5 billion) to the various EU countries it sold into, plus fines.

A third option, though somewhat unlikely, is that it could decide that it is after all American and ignore Apple Ireland. Repatriating its profit to the US would roughly mean paying €40 billion (US$45 billion), based on 35% US tax.

“Google’s argument is that they just did tax planning. Tax planning is legal, but aggressive tax planning — to the extent that the country where the revenue is made does not get anything — is not legal”

Apple’s case in Japan is not as complicated. On September 16, Apple’s iTunes unit was ordered by the Tokyo Regional Taxation Bureau to pay 12 billion yen (US$118 million).

Sales at Apple Japan iTunes were booked to Ireland, but the issues of transfer pricing or tax residency were not in question. Rather, Apple simply might not have correctly estimated the appropriate amount of amount of withholding tax on those iTunes sales.

In a related development, Japan is considering launching an antitrust investigation into Apple over its supply arrangements with the country’s mobile carriers. Apple had pointed out that its ecosystem has created 715,000 jobs in Japan, which has led to over US$9 billion in revenue from Apple apps since 2008.

The Google case in Indonesia is somewhat more complicated. It has been elevated to a criminal investigation, in addition to the 5.5 trillion rupiah (US$418 million) tax bill for 2015 alone.

Muhammad Hanif, head of the Indonesian tax office’s special cases branch, told Reuters on 20 September that he believes PT Google Indonesia paid less than 0.1% of the tax due. More importantly, Hanif said that Google Singapore refused to be audited and thus the case was elevated to a criminal case of tax evasion.

“Google’s argument is that they just did tax planning,” Hanif said. “Tax planning is legal, but aggressive tax planning — to the extent that the country where the revenue is made does not get anything — is not legal.”

Governments want companies to invest in their countries or in a specific sector, and they grant incentives and rebates that would encourage them. But their tax authorities are also required to collect taxes due on those investments.

Indonesia participated in the first meeting of the Committee on Fiscal Affairs in June, which inaugurated the new inclusive framework on the implementation of the Base Erosion and Profit Shifting pan of action. The BEPS initiative is spearheaded by the 35-member OECD and the G20 countries, of which Indonesia is a member.

According to the OECD, “the BEPS Project delivers solutions for governments to close the gaps in existing international rules that allow corporate profits to disappear or be artificially shifted to low or no tax environments, where companies have little or no economic activity.”

Indonesia’s action with regards to Google is consistent with this aim. For its part, Google said in a statement that it was cooperating with the investigation and that it had paid all local taxes.

In Taiwan, tax authorities are looking to update their tax legislation in relation to the app world. Internet sales currently are not subject to sales tax.

In early August, Taiwan’s Finance Ministry's National Taxation Bureau of Taipei slapped Uber with a NT$65 million bill (US$2 million) for unpaid sales taxes on its rides. At issue is whether Uber is really an IT services company, which it is registered as, or whether it provides a taxi service.

In Taiwan taxi licenses are not open to foreigners. How both issues are resolved will have major tax implications to the Uber drivers as well as to Uber the company.

Taiwan’s finance ministry is trying to see how they can update the requirements of sales tax and still allow such companies to operate profitably. Apple, Uber and hotel booking website Agoda were reported to be among those invited for talks with officials.

The great tax circus is only just beginning. CFOs and tax directors in Asia and elsewhere better take note

Thailand’s finance ministry recently announced new plans to crack down on tax evasion for online activities, targeting popular websites, net idols, streaming sites, as well as applications that until now have operated largely under the radar.

The tax code would be amended so that spending for online advertising with foreign companies will be disallowed for tax purposes. This means companies would have to pay 20% corporate tax on any advertisement costs.

The Prime Minister suggested that he may introduce a two-tier tax with a lower tax rate for companies who set up shop in the country, pay proper local taxes and cooperate with government censorship and surveillance requests.

The undertone of all these cases outlined above point to a willingness of governments to use their power to review taxes paid historically, and use their legislative power to change the rules if need be to ensure what they consider a reasonable balance between attracting investment and levying taxes.

When music is sold on iTunes in Japan and profit is booked in Ireland; when a ride is provided by Uber in Taiwan and profit booked in California, when an ad is clicked in Thailand and, well, who knows where that tax is paid; authorities can and will step in to change the rules for what they believe is reasonable.

It is happening now and will happen more in the future, with the BEPS Project obviously playing a key role.

In financial years starting in 2017, Singapore as well as others in the OECD and G20 and associated countries will implement the BEPS Action Plan Number 13, Country-by-Country-Reporting requirements. This will shed light on where economic activity occurs and where taxes are paid.

Armed with this information, we can expect many tax authorities to go after what they think should be theirs. In addition, they will also use it to see how to attract companies in specific sectors of their economy.

Is what is happening now in Asia contagion from the EC’s Apple-Ireland probe? Or is it austerity and a looming global recession starting to bite? Or is it the routine tax probes which generally occur from time to time? Or is it the first salvo in a BEPS-fueled global trend?

Whatever the reason, the great tax circus is only just beginning. CFOs and tax directors in Asia and elsewhere better take note.

May May Ho is a Contributing Reporter at CFO Innovation based in Singapore.