Structural vs. Cyclical: Why the US Job Recovery Is Real 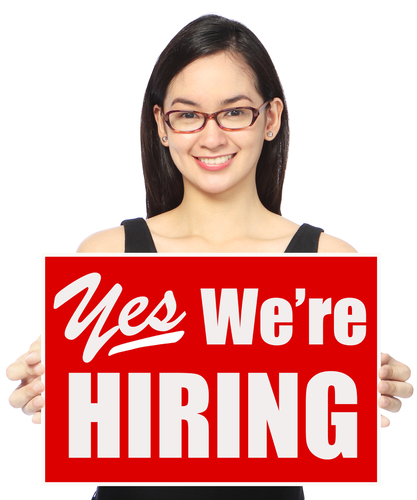 Editor’s Note: While the US is reporting a steady decrease in the unemployment rate, now standing at 6.6%, some analysts say this is an artificial improvement. The fall in the jobless rate is not because the economy is recovering, they say, but because people are giving up on ever finding a job. In this article, RBS argues otherwise, asserting that many Americans are leaving the workforce for structural reasons, such as retirement. If RBS is right, the vaunted economic recovery in the US may really be happening, which is good news for Asia – although more volatility may be expected as the US Federal Reserve withdraws its quantitative easing program.
For almost two years, we at RBS have argued that the decline in the US labor force participation rate was more structural (due to demographics, i.e. an aging population) than cyclical. Importantly, US policymakers (who previously felt cyclical forces were mainly at work) now appear to be moving toward that same conclusion.
According to the minutes from the January meeting of the Federal Open Market Committee, “much of the downward trend in the labor force participation rate since the start of the recession was seen as the result of shifts in the demographic composition of the workforce and the retirement of older workers; the extent of the cyclical portion of the decline was viewed by some as difficult to gauge at present.”
In addition, in a speech last week, San Francisco Fed President John Williams said: “Although the decline in the unemployment rate in part reflects an increase in employment over the past few years, it can also be traced to an unusually large drop in the labor force participation rate. Now, the majority of that decline over the past six years is due to structural factors, rather than cyclical.”
This shift in Fed thinking could have important implications for policy. If structural forces are dominating, then the falling participation rate is not necessarily a sign of a weak labor market in the US.
Moreover, the labor force participation rate may be an imperfect gauge of labor market slack. Indeed, if labor force exits are skewed towards older workers who are unlikely to re-enter the workforce as employment conditions improve (which we believe to be true), then less slack exists in the labor market than Fed officials may have previously assumed.
Just How Much Slack Remains?
Nonetheless, many members of the Federal Open Market Committee (including Federal Reserve Chair Janet Yellen) continue to see plenty of labor market slack.
At the January meeting, “several” participants “pointed out that broader concepts of the unemployment rate, such as those that include non-participants who report that they want a job and those working part-time who want full-time work, remained well above the official unemployment rate, suggesting that considerable labor market slack remained despite the reduction in the unemployment rate.”
We agree that these areas of non-participation or underemployment are indeed more cyclical and do represent a potential source of labor market slack that is, in some cases, not represented in the official unemployment rate. However, that degree of slack is not as large as the Fed seems to suggest, in our view.
For example, how much actual slack do individuals not in the labor force (NILF) represent? The overwhelming majority of NILF individuals indicate that they do not want a job, and historically their probability of re-entering the labor force is very low. (A recent Fed paper noted that those who are out of the labor force and do not want a job have a 5% transition rate out of non-participation and back into the workforce.)
On the other hand, NILF individuals who do want a job (the cohort the Fed is focused on) are much more likely to re-enter the labor force, and thus more accurately represent the pool of NILF potential workers.
In 2013, 6.4 million NILF individuals indicated they wanted a job, 7.1% of the total NILF number. If that percentage matched the 2004-2007 average level of 6.4%, the number of people not in the labor force but who say they want to work would have been closer to 5.7 million people.
In other words, the number of NILF individuals who said they want a job in 2013 was about 700,000 above what it might have been in a healthy labor market environment. This 700,000 figure represents additional slack not reflected in the unemployment rate.
At 2013’s pace of household employment growth (+115,000 per month), that slack would be absorbed in about six months.
Click image to enlarge
Not in the Labor Force But Want a Job

Sources: BLS, RBS
The point here is that labor market slack associated with the long-term unemployed will be reduced going forward not solely by those individuals finding work, but also because many of those individuals will ultimately choose to leave the labor force.
This seems particularly likely for those 55 years of age and older – the group that has been driving labor force exits over the last year – who account for 20% of the long-term unemployed (see table below).
Click image to enlarge
Unemployment by Age, Duration

Source: RBS
On the surface, the fact that the long-term unemployed are leaving the labor force might be viewed negatively -- if these individuals are simply becoming discouraged and thus giving up looking for a work.
However, that is not what is happening. The number of discouraged workers has been trending steadily lower since 2010. Moreover, recent labor force exits have been voluntary, skewed heavily toward older individuals, with 77% of the individuals who exited the labor force in 2013 citing retirement or disability as the reason.
Indeed, the long-term unemployment issue is really an extension of the structural vs. cyclical debate. The degree to which the pool of long-term unemployed will shrink due to increased employment (cyclical factors) versus labor force exits (structural factors) is unknown. However, the latter has played a far greater role in reducing labor market slack than policymakers anticipated at the start of the recovery, and the risk is that it continues to do so.
Conclusion
The unemployment rate is fast approaching 6.5%, but Fed officials continue to push back against the idea that the labor market is tight, citing various sources of slack. We believe policymakers’ assumptions about the degree of slack that exists are likely to be challenged over the course of the year.
For much of the recovery, Fed officials attributed the declining labor force participation rate to mainly cyclical factors. They maintained that, as the economy improved (with the help of accommodative monetary policy), workers who exited the workforce would return.
That has not happened and recently policymakers have begun to acknowledge that much of the decline in the labor force participation rate is structural (e.g. retirements), which means less slack exists than previously assumed. Policymakers are now focused on other labor market non- participants and the long-term unemployed as sources of slack.
However, we believe less slack exists in these areas than Fed officials assume. In particular, we believe policymakers are underestimating the role that labor force exits will play in eliminating slack associated with the long-term unemployed.
In any case, the risk, in our view, is that the unemployment rate continues to fall faster than the Fed expects, ultimately leading to a larger rethink with respect to the appropriate pace of future policy normalization.
About the Author
This article is excerpted from “U.S. Economics Weekly”, a report by Royal Bank of Scotland and affiliated companies that was published on 21 February 2014. It has been re-edited for conciseness and clarity. ©Copyright 2014 The Royal Bank of Scotland plc and affiliated companies (RBS). All rights reserved.