Sex and Bribery in China: For Foreigners, Running Away Is No Solution 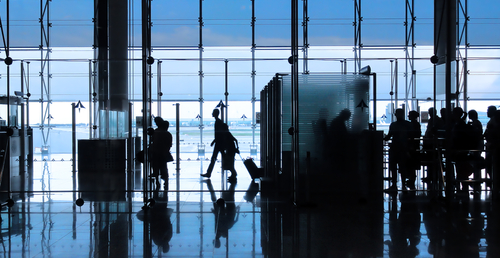 The current GSK and ChinaWhys scandals in China have had an impact on foreign executives based in that country, as regards to how they should respond if faced with apparently corrupt behavior within their own companies.

The situation is extremely complex In the case of UK pharmaceutical company GSK. A large proportion of the pharmaceutical distribution in China is “corrupt,’ in the sense that payment of commissions to Chinese doctors is prevalent.

But this is used partly as a mechanism to allow China to pay its doctors properly. However, some of those same doctors abuse the system to the extent that many are driving around in Mercedes Benzes, which was never the intention.

The situation of ChinaWhys is also complex, but straightforward as well. The now defunct firm was in the risk consultancy business, which has always operated in a gray area of Chinese law. And the specific packaging and sale of private data that ChinaWhys is accused of doing are beyond the usual scope of risk investigation in China.

Commentators have advised foreign executives to leave China if they feel they are about to become ensnared in a corruption probe. This is a naive perspective

Both GSK’s former China CEO, Mark Reilly, and ChinaWhys founder, Peter Humphrey, have been placed under house arrest in China. The two men have a connection. GSK China had hired Humphrey to investigate who secretly recorded Reilly and his girlfriend and sent the sex tape to GlaxoSmithKline headquarters in London last year.

The issue concerning Reilly is to what extent the corporate culture embraced corruption and the degree of personal culpability he had in the alleged bribery of Chinese doctors over six years – the payments supposedly total the equivalent of US$489 million. It should be noted that the company was fined over US$3 billion in the United States for similar offenses just recently.

But it may also be that Reilly attempted to make things better, in which case the Chinese enquiry may exonerate him, although he has already been formally charged.

Given that GSK has a track record of this type of offense; it may well prove to be that a huge corporate fine is pending. Reilly may then receive a sentence that can be “negotiated” to allow him to leave shortly after a trial.

It is more likely that GSK’s corporate directors will face investigations and possible punishments from enraged shareholders, than it is for China to mete out punishment on a company whose jurisdiction remains by-and-large beyond its reach.

ChinaWhys’ Humphrey, though, is likely to face a prison sentence – with time deducted for his incarceration to date – and possible early release on medical grounds. (His Chinese-born wife, Yu Yingzeng, a US citizen, has also been arrested.)

The difference between the two cases is that Humphrey will have known he was breaking the law. He remains incarcerated following unspecified charges of corruption relating to the payment of bribes to secure what under Chinese law should be secret information.

On the other hand, GSK’s Reilly may have become so inured with the corporate practice that he may have felt it was an “industry standard” rather than corruption per se. Of the two, it is possible Reilly has more mitigating factors in his favor than Humphrey. Time will tell.

Several commentators have advised China-based foreign executives to leave China if they feel they are about to become ensnared in a corruption probe. However, this is a naive perspective.

China has been a member of Interpol since 1923, and the Chinese Ministry of Public Security retains strong links with the organization. This means that in the case of high-profile individuals such as GSK’s Reilly, with allegations of corruption running into the billions of dollars, it was far better for him to return to China (which he did) and assist with the investigation.

It is better for him to return and allow the Chinese authorities to tease out how much of the issue was corporate culture and how much was the work of specific individuals.

Other executives who may find themselves in the same position as Reilly should not simply “leave China.” There could be very serious repercussions for doing so.

If there is no involvement on your part, then a simple resignation should suffice, leaving you free to depart the country. Should an executive find himself responsible for a department that is corrupt, personal involvement extends only to the length of your incumbent position.

If required, engage internal counsel to discuss your position and risks, and if still unsure, discreetly engage external legal counsel in China

Attempts may have been made to clean up such problems, in which case email exchanges and documentation that prove you were attempting to deal with the situation should be stored somewhere personal and not just left in company mailboxes.

It may also be wise to seek advice from a personally-sourced corporate counsel about your position. Should the body corporate be determined to stamp out any errant practices, and you are involved in this clean-up, again there is a valid job to do and documentation will back up your position.

But keep copies and ensure that the company is indeed devoted to a clean-up. We at Dezan Shira & Associates have dealt with several such cases an advisory capacity. Simply “leaving China” is not an option – someone has to clean up the mess, inherited or otherwise.

In my opinion the Chinese authorities, following an investigation, will know full well the extent (or lack thereof) of an individual’s involvement with, and promotion of, corruption.

While the experience may not be regarded as a career high, honest executives should have nothing to fear. Running away sends the entirely wrong signal. And no one wants to be faced with an Interpol notice as an internationally wanted person.

If you are not directly involved in any corruption, it may be better to just resign your position, citing “irreconcilable differences” and moving on.

If you are in clean-up mode, keep personal copies of all relevant documentation that explains your position, role, responsibilities and actions.

If required, engage internal counsel to discuss your position and risks, and if still unsure, discreetly engage external legal counsel in China. A foreign lawyer from your own country engaged with a blue chip China-based firm would be the best person. He or she will be very familiar with your personal risk situation and how to deal with it.

If your company is raided, do not just run away. This immediately points to suspicion and would make you a prime target. It may also damage any future opportunities to be involved with China in the future.

During an investigation, cooperate. It may be unpleasant and on occasions investigations teams can be deliberately intimidating to try and get to the truth. This stage will pass.

If you are not involved, they will quickly lose interest in you. If you wish to resign or move on, this would be the time to do so – but it would be wise to ask the investigations team first if they need you in China before just departing.

It should be noted that foreign executives in China who have had prior experience of dealing with Chinese fraud or a corruption probe have added-value to a new employer. Running away from China totally diminishes that.

It is always better to live, learn and be able to fight another day. Foreign executives in China who earn large salaries all have war stories to tell. Running away at the first sight of trouble is a sign of weakness and culpability.