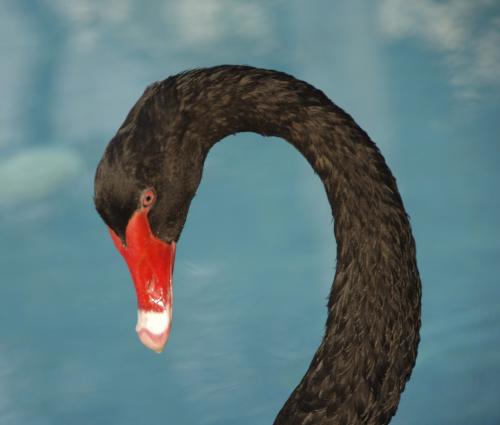 Everybody talks about risk management, but few think about managing uncertainty. They are not the same. You can formulate action plans for risks that happened in the past and experience suggests may happen again.

So if oil prices average above $100 a barrel over three months, implement Plan O. If customer payment default rates approach 5%, get ready to dust off Plan X.
But what if a Black Swan, as author Nassim Nicholas Taleb memorably calls a high-impact event that lies outside the realm of normal experience, hoves into view? Some analysts believe that this is exactly what happened in the global financial crisis.
Few companies were prepared for the unexpected, and so most got blindsided when the implosion of U.S. subprime mortgages set off a series of Black Swan-ish events that culminated in the Great Recession.
This is where scenario planning becomes an invaluable tool, because instead of just preparing for known risks, it imagines the unimaginable. U.S. car retailer Auto Nation did exactly that in 2006, Six Sigma consultant David Niles recently wrote in Forbes magazine.

At that time, experience suggested that U.S. consumers would go on replacing their cars every three years as auto companies offered cheap financing and taking out home equity loans made sense because of rising property values.

But Auto Nation imagined the unimaginable. What if Americans begin replacing their cars after five years? What if cheap financing dries up? “If they came to pass, they could (as they did) have a devastating effect on the industry,” says Niles.
Following its scenario planning, Auto Nation moved to reduce inventory levels and refocus on service operations. Fast forward three years later. The company has remained profitable despite the recession and its stock price has jumped four-fold since October.
Challenging Assumptions
First used by the U.S. military in the 1950s, scenario planning was transformed into a business strategy in 1970, led by Royal Dutch Shell and consulting firm SRI International. In the 1980s most large organisations began to take a more strategic approach to planning for the future.
For many companies, scenario planning is thus not something new, reports a [email protected] article entitled “Eyes Wide Open: Embracing Uncertainty through Scenario Planning.” But the online business journal says that scenario planning is often not being practised in a consistent or meaningful way.
For instance, managers making a strategic recommendation to the CEO often were expected to start by presenting a compelling opinion on what the future would be, and then offer a logical strategy or plan that, naturally, would emerge from that view of the future. But this kind of “linear” approach is increasingly being called into question.

George Day, a professor of marketing at the Wharton School, says the solution is to involve senior management directly and actively in open, long-term oriented discussions. Consultants or teams in the organisation can help, he notes, but the heavy lifting intellectually has to be done by the top management team.

“Scenarios force managers to embrace uncertainty, and then figure out how to profit from it regardless of what happens,” says Day. “But first you have to get people out of their box. What you are doing is challenging assumptions that may have been tacit for years.”
Jim Sinur, a research vice president at technology and business research group Gartner, observes in his blog that scenario planning is a skill that leaders need to learn, instead of falling back on their past success and current corporate and power-base mantras.
“These leaders have to have an attitude that does not punish lateral thinking . . . but looks to see if the scenario response has been planned and in some cases practiced. These leaders need to communicate that they have completed these crucial plans,” he points out.
Niles, who is president of SSA & Company, a consulting firm founded by the progenitors of the Six Sigma methodology at Motorola, says that far too many companies make strategic and financial planning a routine exercise.
“When they do regular scenario planning they fail to delve deeply into their operations, or look at how multiple events might interrelate (for instance, increased energy costs and their impact on interest rates, which in turn would likely affect the cost of capital for one's customers and their businesses),” he writes in “The Secret Of Successful Scenario Planning.”

What are some of the best practice strategies for scenario planning? Drawing on Auto Nation’s experience, Niles suggests that companies start thinking about the four or five key assumptions they make in their forecasts. They should then apply a probability to each scenario, based on the impression of the likelihood of it occurring.
“By better evaluating specific possible outcomes, their probabilities and their underlying drivers, you can greatly improve your company's ability to see around corners and prepare for the future,” he says.
Practice makes perfect, so it makes sense to conduct scenario-planning exercises periodically. In a recent article, the Wall Street Journal notes that many companies in the U.S. had embarked on the practice after the terrorist attacks of 2001 – and then let it slide after a few years. But the Journal says firms are returning to scenario planning these days, given the uncertain economic and business environment.
JDS Uniphase Corp, a U.S. maker of fibre-optic telecommunications equipment, has been doing scenario planning since 2004. Each spring, executives there go through an exercise to plan for three potential sales scenarios for the coming fiscal, which begins in July.
Last year, one of the scenarios crafted revolved around an extremely negative sales outlook, in which revenues fell twice as steeply as what was considered worst case in other years. Potential cost cuts were outlined and consolidation and other measures identified, even though sales at that point were still buoyant.
The scenario planning proved useful when the U.S. economy slumped later in the year and customers began delaying orders. “We knew what levers to go pull,” JDS CFO Dave Vellequette told the Journal.
The company eliminated 400 jobs by shutting three factories and seven R&D sites, combining two of its four segments and eliminating some products. These steps had been identified during the 2008 scenario planning, says Vellequette, allowing JDS to move quickly.

What about the planning for 2010? The CFO says JDS executives are now thinking about scenarios that involve an economic recovery and business upturn.

SSA & Company offers scenario planning advice and execution, along with other strategic consulting services. It is based in the U.S. but has clients in China, India and elsewhere in Asia.

In Singapore, Amplios Consultants offers scenario planning workshops and consulting services. The company’s future scanning tool takes into consideration various components, including social, technological, economic, natural resources, political, legal, international, demographic, and environmental issues.
Founded by futurist Tom Conger, U.S.-based Social Technologies helps organisations plan and prepare for the future through research, consulting, events and communications, and programmes that provide “up-to-the-minute knowledge, expert insight and foresight, high-level learning experiences, and opportunities to network with experts and peers.”
Some companies have even developed software designed to help enrich and simplify scenario planning. One such product is Provisdom Decision Platform developed by San Francisco-based Provisdom Corporation.
The software links information developed through scenario planning and other relevant decision information to “the shareholder value of choices,” Provisdom explains, claiming that “up to billions of possibilities can be analysed and transparently viewed in detail.”
Each of those billions “is automatically weighted with varying discount rates and probabilities for consistent and rigorous calculation of shareholder value,” says the company. The combination of “human insight, judgement, and creativity blended with computer speed, memory, and consistency,” it adds, “has the power to make corporate choice comparisons accurately.”
In scenario planning, the human mind remains the essential element in anticipating the advent of Black Swans and executing plans to respond to their arrival.

Melba-Jean Bernad is a contributing editor at CFO Innovation.