Recession is not Imminent but Slowdown is Real 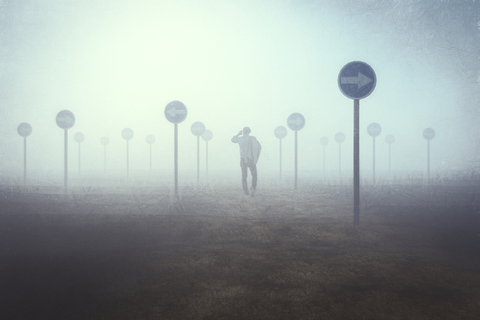 Editor’s note: A inverted yield curve in the US sparked a debate on whether a recession would hit the country soon. CFO Innovation in the last week of March had a report on arguments from different sides on the issue.

As the US economy is the largest in the world, its economic problems would spill over to the entire globe and result in aglobal challenges.

While the yield curve has returned to normal since Apr 1 after having inverted for about a week, the uncertain mood remains. There might not be a recession in the very near future but slowing growth is a reality.

This week, let’s take a look on what organizations such as IMF and some rating agencies said lately about global growth prospects.

Amid the red-hot debate about the possibility of an imminent recession in the US and its spillover to the global economy, the IMF and rating agencies such as Fitch and Moody’s said they don’t see one coming soon.

“A recession is not likely in the near term,” said IMF managing director Christine Lagarde on Tuesday at the US Chamber of Commerce in Washington, DC.

But she also pointed out that the global economy is at a “delicate moment”.

“Global growth has lost momentum since the start of the year, leaving the world economy in a “precarious” position,” she noted.

The IMF indeed has cut its forecast twice in three months. In January, IMF lowered its predictions to 3.5% this year and 3.6 percent in 2020. The fund will release its new growth predictions on Apr 9.

Despite the gloominess, she said that major central banks’ patience in raising interest rates and China’s increased stimulus would help the global economy, expecting global growth to pick up somehow in the second half of the year and into 2020.

However, the possibility of a rebound is also clouded by risks such as Brexit uncertainty, high debt in some sectors and countries, trade tensions and a sense of unease in financial markets, according to Lagarde.

She warmed that high public debt and low interest rates have left limited room to act when the next downturn hits, which, according to the IMF chief, will be inevitable.

Fitch also said recently that global growth prospects have deteriorated significantly since end-2018 and it has “quite aggressively” cut its forecast for 2019.

“But we don’t see the onset of a global recession,” said Fitch's Economics team.

The eurozone (EZ) growth outlook has weakened particularly sharply while evidence of a slowdown in China has become much clearer and activity in other emerging markets (EM) has decelerated, led by abrupt macroeconomic adjustments in Turkey and Argentina in the aftermath of last summer's currency crises, the rating agency pointed out.

While the US-China trade war may have suppressed and distorted trade flows, but more fundamentally, weaker EM domestic demand has been a key contributor to the trade slowdown, Fitch noted.

The 0.4pp decline in growth we are now expecting between 2018 and 2019 would be the biggest year-to-year decline in global growth since 2012, Fitch said.

In addition, the firm has lowered its 2019 growth forecasts for 15 of the 20 countries it covers in its Global Economic Outlook.

Fitch believes the weaker EM demand is a key driver of a downturn in global industrial production and trade.

"Weaker EM demand in turn reflects the earlier deleveraging drive in China and the fall-out from last summer's forex volatility in other Ems,” said Brian Coulton, Fitch's Chief Economist. “The tightening in dollar liquidity we saw last year as the Fed raised rates has clearly had some adverse global growth implications, even if the US economy itself has been pretty resilient."

Despite the cloudy outlook, Fitch doesn’t see the onset of a global recession.

The US economy is still growing above trend, low unemployment and solid household income growth are supporting consumer spending and fiscal policy is being eased, Coulton observed.

Other positive factors include the followings, according to Coulton.

While Moody’s didn’t say whether there’d be a global recession, it sees a healthy US economy, which wouldn’t lead to the deterioration of the global economy.

Mark Zandi, the chief economist at Moody’s Analytics said lately on CNBC’s “Squawk Box” program that the US unemployment rate was close to a 50-year low while wage growth was strong and inflation got closer to the 2%-target.

He also pointed out that such data don’t justify a rate cut, which has been suggested by some such as top White House economic advisor Larry Kudlow and a Heritage Foundation fellow.

Lowering rates in this situation would encourage debt to build up and over-borrowing could send the economy into a recession, he warned.