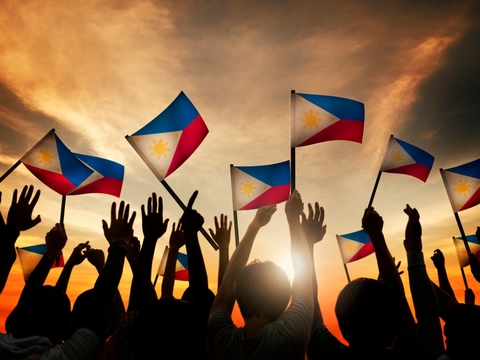 Some analysts regard the Philippines as vulnerable to a full-blown US-China trade war because of its rising current account deficit and weakening currency, but at least one credit rating agency is discounting those worries for now.

Fitch Ratings said on July 17 that it is maintaining its BBB rating (one notch above investment grade) of the Southeast Asian economy, with a stable outlook – meaning that the rating is likely to remain unchanged in the next 12 to 18 months.

The two other major credit rating agencies have previously affirmed the Philippines’ investment-grade rating, with Standard & Poor’s upgrading the outlook from stable to positive in April and Moody’s Investors Service maintaining its stable outlook in May.

Update: Moody's affirmed the country's Baa2 rating with stable outlook on July 20, but said President Rodrigo Duterte's "contentious policies on law and order over the past two years as well as other political controversies may have a negative impact on the Philippines' attractiveness to financial and physical asset investors."

In its report, Fitch cited robust economic growth, government’s comfortable debt level, and policies supporting macroeconomic stability as reasons for maintaining the country’s credit rating. Fitch expects the Philippines to maintain its “place among the fastest-growing economies in the Asia-Pacific region,” and for “domestic demand to sustain strong growth of 6.8% in both 2019 and 2020.”

Fitch also said “improvement in [government] revenues should help preserve fiscal stability” even as the government pursues an ambitious infrastructure development agenda. The government is set to increase annual spending on infrastructure from 6.1% of GDP this year to 7.3% by 2022.

Finance Secretary Carlos G. Dominguez III welcomed the decision. “This is another recognition of the bold economic policy of the Duterte administration to fix the flawed tax system for the first time in over 20 years, and at the same time provide a steady revenue stream for its ‘Build, Build, Build’ infrastructure development initiative as well as for social programs that would accelerate poverty reduction and grow the middle class,” he said in a statement.

FT Confidential Research says the country is vulnerable to collateral damage from a global trade war. “The fragile current accounts of the Philippines and Indonesia leave these countries vulnerable to balance of payment crises,” it warns

But Fitch said the economy faces “some overheating risks, evident from a recent rise in inflation, rapid credit growth and a widening trade deficit.” It believes steps taken by the central bank to tighten monetary policy – the Bangko Sentral ng Pilipinas has raised interest rates twice this year – “may contain these risks.”

Fitch did not address the impact of the simmering US-China trade conflict on the Philippines’ credit rating. But FT Confidential Research, a research service of the Financial Times newspaper, says the country is vulnerable to collateral damage from a global trade war. “The fragile current accounts of the Philippines and Indonesia leave these countries vulnerable to balance of payment crises,” it warns.

"For now, their import cover is sufficient, with foreign exchange reserves equal to 8.8 months of imports for the Philippines and 8.1 for Indonesia," FT Confidential concedes. But in a full-blown US-China trade war, it says, "there will be nowhere to hide."