The Next Six Months: Where Are the US, Europe, China and Japan Headed? 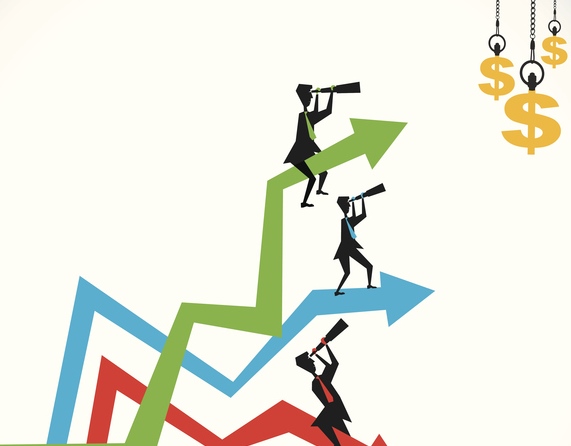 Global economic activity has generally been good during the first six months of 2017. Europe’s renewed momentum has been a highlight for the developed world, and China’s steady growth has compensated for faltering elsewhere in emerging markets.

The balance of the year promises to be intriguing, however. Brexit negotiations are under way, and the British economy is on tenterhooks. The US Congress is debating tax policy with a debt ceiling deadline looming. Oil prices are in retreat, challenging the finances of many producers.

And China will be holding a key party meeting in the early fall that will set an important tone for economic policy.

Following are our views on how key markets are positioned as we move into the third quarter.

The fundamentals of the US economy have provided the Federal Reserve with ample confidence to raise the policy rate three times within a span of seven months. The central bank also announced its plans to commence balance sheet reduction soon, but it did not provide the timeline for this program.

The labor market is the strongest sector of the economy. The latest civilian unemployment rate (4.3%) is well below most estimates of full employment. Other measures of labor market performance are back to levels last seen in 2007.

While the absence of acceleration in employment compensation at the current stage of the business cycle remains a bit of a puzzle, sustained economic growth should result in wage pressures in the quarters ahead.

Business and consumer spending are both expected to advance during the rest of the year. The housing sector presents a mixed picture: home sales and construction have been sluggish, but favorable employment conditions are expected to support housing going forward.

The current administration’s plans for a fiscal boost are unlikely to be implemented soon, if ever. Our US forecast continues to assume little in the way of movement on tax reform or infrastructure spending.

Inflation remains below the Federal Reserve’s target, largely due to declines in prices of medical care commodities and telephone services. Slightly higher inflation readings are likely in the quarters ahead, given the projected forward business momentum.

Emmanuel Macron’s victory in the French Presidential elections, the recent setbacks to Italian populist Five Star Movement and a string of positive economic surprises have created a complete turnaround in sentiment surrounding the eurozone over the last few months.

While some were concerned about the gap between hard and soft economic data earlier in the year, recent upward revisions in official figures have helped close that gap. Overall, we expect real gross domestic product (GDP) in the eurozone to grow at 1.9% in 2017 and unemployment to fall to 9.1% by the end of this year.

Risks are tilted to the upside.

Inflation has exceeded expectations since late 2016, but it has been largely an oil story and therefore transitory. The recent stability in oil prices and strength of the euro, along with ample spare capacity — both material and labor — should keep a lid on price pressures.

We expect eurozone-wide headline inflation to soften from its recent highs and average 1.6% for the full year.

The European Central Bank (ECB) will be faced with a tough communication challenge over the next year. Improving growth has weakened the case for continuation of extraordinary monetary policy measures, but inflation is expected to remain below 2% for the next few years.

There remains uncertainty around what will happen to eurozone periphery yields after the ECB rolls back its asset purchases. We expect the ECB to announce tapering of its acquisitions in the fourth quarter of 2017, before the current program expires in December.

We expect that to be followed by a small hike in the deposit rate sometime in the middle of 2018 as a concession to hawks within the ECB.

The Japanese economy should continue to grow at a steady, if uninspiring, pace

Negotiations for the United Kingdom’s exit from the European Union (EU) have begun in earnest.

We noted recently that a generous stance on the rights of EU migrants in the United Kingdom and the so-called “Brexit bill” can buy London time and goodwill for a transition deal in future. Reports suggest that the government has taken a much more constructive stance on both of these matters.

While employment data presents a picture of a robust UK labor market, wage growth is non-existent. Real income is further constrained by inflation caused by the pound’s post-referendum depreciation. This has resulted in falling consumer spending, which accounts for nearly two-thirds of British economy.

Some expected the weaker pound would support the export sector, but that tailwind has not materialized. The outlook for investment isn’t cheery either, with significant legal, policy and regulatory uncertainty likely to deter businesses from making long-term bets on the British economy.

Overall, we expect the British economy to underperform its peers and grow at 1.3% this year, with risks tilted to the downside.

This presents a difficult dilemma for the Bank of England. If inflation is eroding purchasing power, then it needs to act on its mandate and raise interest rates to fight inflation.

But if that inflation is driven by an exchange-rate adjustment reflecting lower growth prospects, won’t raising rates risk an already fragile economy? We therefore expect the Bank of England keep rates steady in the medium term.

The Japanese economy should continue to grow at a steady, if uninspiring, pace of just above 1% in 2017 and 2018. Growth will be supported by buoyant investment, a pick-up in export revenues on the back of the yen’s weakness, and additional fiscal spending.

At the same time, tepid household income growth continues to be a drag. The Bank of Japan’s policy stance should remain accommodative, but we do not foresee any marginal boost to growth from monetary policy.

As we have noted in our previous editions, the lack of structural reforms (particularly in the labor market), demographic constraints and inadequate fiscal stimulus continue to limit Japanese growth and price fundamentals.

While stable commodity prices, disappointing wage hikes after the spring negotiations, and weak inflation expectations continue to cap Japanese price level increases, we do not expect a return to the deflation we saw in the middle of last year.

We expect the Bank of Japan to maintain its benchmark policy rate at -0.1%, though pursuing its “around 0%” yield target for 10-year Japanese government bonds could prove challenging in the face of rising global yields.

Therefore, we do not rule out technical adjustments to the Bank of Japan’s policy, even if the overall policy stance remains unchanged.

China remains a major long term concern for global financial markets, but economic momentum appears to be holding for the time being. Of course, given the heavy hand of the government in the Chinese economy, growth in the short to medium term is, to an extent, a policy choice. But improving global demand has helped as well.

The Chinese government has enough levers to address its economic challenges, at least in the short run

Solid economic growth in the run up to the party congress this autumn should allow room for policymakers to make some difficult choices. For example, we are likely to see some tightening in monetary conditions to deal with the acceleration in household debt and the real estate market.

Furthermore, an inventory buildup in the first half of this year should have a cooling effect on growth for the rest of the year. Therefore, we expect growth to moderate marginally, from 6.7% in 2016 to 6.6% in 2017.

This is higher than the official growth target of 6.5%, reflecting the above- expectation growth in the first half of 2017.

We have discussed in previous commentaries the need to rebalance the Chinese economy away from investment, public spending and exports, and toward private consumption.

While we think the current economic and financial structure is unsustainable, it is important not to exaggerate the risks of a “hard landing.” China’s aggregate debt (both private and public) remains manageable at around 250% of GDP, and the government balance sheet is strong enough to deal with non-performing assets and recapitalization of banks.

Most of this debt is denominated in local currency and a significant number of borrowers or lenders are public entities. This means the government faces few hard constraints on its ability to deal with the situation.

A large positive net foreign asset position and the world’s largest foreign currency reserve should buffer the financial system against capital flight in the case of a financial panic. In addition, policy makers have displayed a strong preference for capital-account restrictions and a tightly controlled currency, which should provide stability to the financial system during a crisis.

Northern Trust is a wealth management company headquartered in Chicago in the US. This article was excerpted from the July 2017 Global Economic Outlook preparedby the Global Economic Research team and was re-edited for clarity and conciseness.