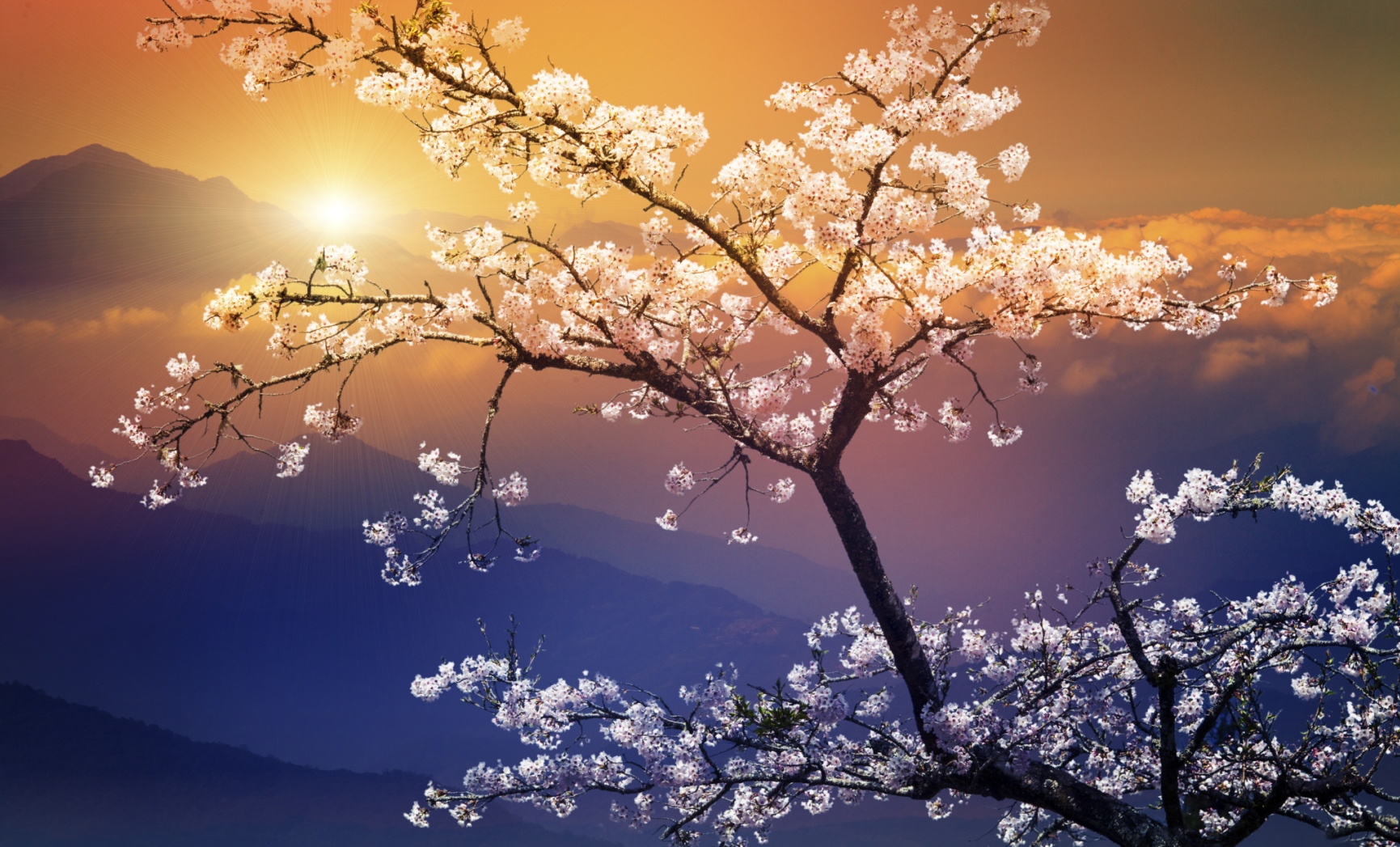 We think the content reflects much stronger interest in a reformist path than the growth strategy presented last year, which was widely criticized by the market. The policy guidelines also clarify that fiscal year 2015 is the starting point for lowering the corporate tax rate.

Some have criticized the proposals as “overly comprehensive” with “questionable feasibility” due to their broad content. We think it is important that the government presents a detailed direction for reforms in areas where administrative resistance previously hindered progress.

A closer review shows a pullback of some farming reforms and greater ambiguity about the direction of certain energy policy items.

Nevertheless, we think the proposals clarify the government’s firm commitment to halt the decline in Japan’s potential growth rate, which is tied to a shrinking labor force, by stimulating corporate activities. This will boost capital outlay as well as implement labor market reforms targeting people, time, and productivity.

We believe Japan is capable of lifting its potential growth rate to above 1% within the next 1-2 years, mainly by encouraging wider corporate investment activity.

The government, in the past, often presented policy “intentions” in the economic and fiscal policy guidelines and growth strategies that remained fairly general and offered only direction. We are thus pleased this time with the inclusion of specifics with regard to the stimulation of corporate activities in deregulation and the tax system.

In the summary of the press conference given by Minister of State for Economic and Fiscal Policy Akira Amari on 13 June, he expressed confidence about the content of the latest proposals:

“It is clear from looking at past economic and fiscal policy guidelines that they presented direction and the tax council filled in detail in accordance with the direction. This time, however, the guidelines disclose specific values and timing related to the corporate tax, a very unusual step . . . ”

“The three farming reform proposals have elicited frank surprise from opposition parties about their scope and our willingness to address these areas. Past efforts to deal with these three reforms were immediately struck down. Yet this time we have clearly stated our intent to take action.”

“The reform for allowing joint usage of medical treatments with insurance coverage and outside of coverage is a major step forward too. On labor reform, we avoided swift rejection of the white-collar exemption and made steady progress while tackling misperceptions.”

“ . . . Our progress on 4-5 significant reforms, which would normally take at least the full span of a single Cabinet term just to complete one, over the course of just one year is unprecedented in my political career of just over 30 years . . . ”

While these comments simply reflect Mr. Amari’s personal view of the draft and his confidence in the outcome, we believe the government earnestly pursued deregulation reforms that were out of reach in the past by leveraging its stable political position.

Many of the proposed reforms are headed towards adoption after bill submissions and debate at the Ordinary National Diet session in 2015. We anticipate an upturn in Japan’s potential economic growth rate to at least 1% in the next 2-3 years once these reforms are implemented.

We think this improvement will solidify the realization of a 3% nominal growth rate and overcome deflation.

We believe labor reforms are necessary in Japan in light of the continuing downward pressure on the economy’s potential growth rate from shrinking labor input since 1990. The following three themes – for which specific targets were also provided – are key points of the labor market reform:

The FY14 budget allocated ¥30.1 billion in labor reallocation assistance, which is a step towards the goal of increasing the budget by FY15.

While there is risk of losing protection against excessive working hours, we think the reform has a good chance of boosting Japan’s productivity

Job-protection subsidies have for many years been criticized as a factor encouraging low productivity, where jobs are maintained despite low productivity. We expect incremental elimination of such outlay and the budget increase for labor reallocation to help in raising labor market mobility.

However, the vacancy rate is currently at 3.7% and has been steadily rising from the bottom in the lower 2% range in 2010, even after the budget encouraging labor reallocation and mobility. We think structural and frictional unemployment problems, stemming from a mismatch in skills and other areas, remain strong and are not headed towards a resolution despite the recovery in demand.

Japan cannot reverse its shrinking labor input just by resolving job mismatches or raising labor productivity through increased labor reallocation and mobility. The reform “allowing labor assessment to reflect results rather than hours (or so-called white-collar exemption)” added as a specific measure to the latest employment reform deserves attention from this perspective.

This program lets companies freely set working hours for employees who meet a certain annual salary threshold. This did not make it into last year’s growth strategy because of administrative resistance, but has been included this time as a new measure.

While there is risk of losing protection against excessive working hours, we think the reform has a good chance of boosting Japan’s productivity based on our view that substantial labor demand exists among employees currently restricted by the compulsory time-based labor framework.

While last year’s growth strategy incorporated specific targets for encouraging female participation in the workforce (such as raising the employment ratio for women in the 25-44 age group to 73%, a 5 percentage-point increase from the 2012 level), it lacked specific measures for achieving these targets.

While the authorities recycled some detailed measures from last year’s growth strategy, we think specific action this time such as revamping the tax and social guarantee systems could resolve the fundamental societal problem of females limiting their job activity or staying away from the labor force because of higher tax and social guarantee fee burdens.

That said, the lack of specific mention of spousal deduction, a policy measure that the government had been promoting, in the latest proposals concerns us. This deduction is generally known as the “¥1.03 million barrier.”

Many people limit their working hours and work-related activity to keep their income from passing the deduction threshold. We think this has an even stronger impact on higher social insurance premiums in preventing females from pursuing employment more actively.

While some participants in the Cabinet Office’s tax council meeting on 11 June asserted that the existing spousal deduction framework should be reformed, others argued that “it is necessary to retain some allowance from the standpoint of actively respecting child-rearing at home.”

“Taxable base and deduction formats for personal income tax must be debated more broadly from a longer-term perspective,” according to the key points discussed in the review of a neutral tax system that accept working choices by females.

The latter opinions suggest that it might still take a while to proceed with deduction revisions. We thus conclude that the government is not going far enough with tax-system reforms to encourage wider female participation in the workforce.

The new policy guidelines specify an effort to “lower the effective corporate tax rate to the 20% level over the next few years” with the goal of stimulating private-sector investments. It also cites a start of the reduction from FY14.

Mr. Amari did not engage in depth with journalists about whether the “20% level” means the lower 20% range or 29%, whether “over the next few years” refers to about two years or a longer period, or other points at the press conference on 13 June. But we think a reduction of about 5% over roughly the next two years is realistic from the standpoint of funding resources.

Mr. Amari and some private-sector members of the Council on Economic and Fiscal Policy had previously argued for utilization of corporate tax income upside driven by the Abenomics effect to fund the proposed lower corporate tax. At the press briefing, Mr. Amari mentioned finding “permanent resources for a permanent tax reduction.”

We think this comment indicates a shift in his view towards expanding the taxable base via revisions to special tax measures and an amount-based standard taxation as proposed by the Ministry of Finance and the tax council of the ruling LDP party.

Below we list the likely sources of revenue that could fund a corporate tax reduction from the standpoint of feasibility and efficacy.

We think the adoption of an amount-based standard tax (item 1) would be a good match for the overall principle of taxable base expansion. The amount-based tax applies a tax to the added-value created by companies, including employee salaries, and must also be paid by loss-making companies as it is not levied on profits. The National Tax Agency literature reports that 73% of smaller businesses with ¥10 million or less in capital posted losses in FY12.

We also estimate that the government can obtain about ¥2 trillion by revising the deficit carry-over system (item 2). These two reforms alone have the potential to secure financial resources for a 5 percentage-point reduction of the corporate tax rate. Japanese companies currently carry over about ¥70 trillion in losses to the following fiscal year, and the allowable carryover period is nine years.

Revisions under discussion are on the incremental reduction of the period and maximum deduction value. While such reforms would not immediately provide trillion-yen scale funding, we believe they could be easily positioned as a permanent funding source, in light of the current reality of continuing shrinkage of corporate tax income despite a steady rise in corporate retained profits.

Adoption of an amount-based standard taxation and revisions to the deficit carry-over deduction program are more likely to affect mid-sized and small businesses than large companies.

We attribute this trend to the greater availability of tax reduction measures and policy tax incentives to large companies. It is worth noting that large companies have a much higher deduction rate for corporate income than mid-sized and small companies.

Companies kept ¥7.4 trillion of dividend income out of profits in FY12, and this area offers a substantial source of permanent funds if authorities incrementally expand corporate tax application.

Yet the business community is already fighting back with assertions that narrowing the non-inclusion of dividend income in profits results in the taxation of a parent company on funds from an investment entity that already paid taxes.

A change would also affect corporate group operations related to dividends. This is being approached cautiously because of these points.

We estimate that scaling back policy tax incentives offers the largest source of funds for lowering the tax rate. Elimination of the entire amount would secure funds needed to lower the corporate income tax and would help to alleviate the perception of unfairness with regard to the tax burden among companies.

Manufacturing industries have many incentives and receive substantial amounts. Some observers criticize these measures as “hidden subsidies” for large companies.

However, we think this type of reform faces the most uncertainty about whether the government is capable of overcoming opposition from the business community because special tax provisions devised for individual industries took shape through a lengthy process of debate and mutual adjustments. This category also covers numerous items that fit well with the growth strategy, such as R&D spending incentives.