Muddy Waters Goes After Hong Kong: Is Your Company the Next Target? 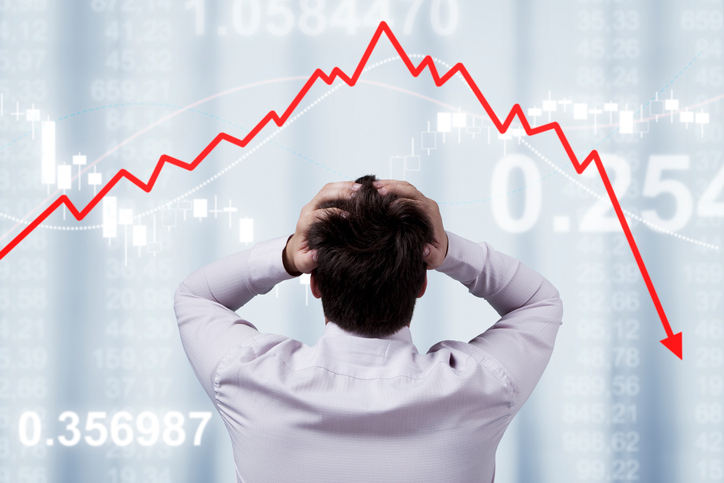 Spare a thought for So Wing Hoi. The 46-year-old CFO of Hong Kong-listed China Huishan Dairy Holdings probably thought that the company had survived the assault by short-seller Muddy Waters in December. Huishan’s share price remained remarkably stable in the months since then, despite the US research group’s accusation that the Shenyang-based company has been reporting “fraudulent profits” since 2014.

But last week, on March 24, Huishan’s stock price plunged an astonishing 85%, ending at HK$0.42 per share when trading was halted after the morning session. The share price had hovered around the HK$2.80-range even after Muddy Waters’ December 15 broadside.

If you are the CFO of a mainland company listed in Hong Kong, you might need to be looking over your shoulder. Muddy Waters’ past targets include Chinese companies Sino-Forest, Orient Paper, Superb Summit International, Focus Media and NQ Mobile

What happened? “The company will issue an announcement as soon as practicable after it has completed enquiries,” Huishan Chairman Yang Kai told the Hong Kong stock exchange. On March 28, the company said in a filing that it had "noted rumors in the market, including one that Bank of China had undertaken an audit of the company and discovered a large number of forged invoices issued by members of the group and the controlling shareholder of the company, Mr. Yang Kai."

Huishan said the media reports are "untrue," adding that it had confirmed with Bank of China that no audit has been conducted "which discovered any forged invoices or misappropriation of funds." But it confirmed that Ge Kun, who is principally responsible for Huishan's sales and branding, human resources and government affairs, had taken a leave of absence. She also oversees and manages treasury and cash operations and relationships with principal bankers.

On March 21, said the company, Yang Kai had learned that Huishan "had been late in some bank payments" and reached out to the Liaoning provincial government for help. The local government arranged a meeting with 23 creditor banks on March 23, where the lenders indicated continued confidence in the group, said Huishan.

However, Huishan admitted that "there is no assurance that such banks' views would remain unchanged." Trading in the shares will remain suspended "until such time as the board has been able to ascertain an updated postion of the company's financial position."

An emboldened Carson Block, the man behind Muddy Waters, now says he will be issuing a report against another Hong Kong company soon. “We have been doing a lot of work on Hong Kong-listed companies, and there might be a big call in the coming weeks,” he told the South China Morning Post.

Who’s the target? If you are the CFO of a mainland company listed in Hong Kong, you might need to be looking over your shoulder. Muddy Waters’ past targets include Chinese companies Sino-Forest, Orient Paper, Superb Summit International, Focus Media and NQ Mobile. But the short-seller had also taken on well-known non-Chinese companies, among them Singapore-listed enterprise Olam International, a leading commodities trader.

Few are safe, in other words. Perhaps Muddy Waters is shying away from the blue chips and long-established companies, given that there are many other easier targets. But Block has proved he can take on even giants like Olam if he feels he can construct a case for it.

CFOs, of course, would already have a sense of whether their company is vulnerable, given their access to all the financials. But what if you are considering a job offer from an organization that may be a potential target, or looking to embark on a commercial relationship with such an organization as supplier or customer?

Some years back, credit-ratings agency Moody’s identified 20 ‘red flags’ that it believes “highlight issues meriting scrutiny to identify possible governance or accounting risks for non-financial corporate issuers in emerging markets.” The report had reportedly angered many companies and Moody’s never issued a follow-up.

But the framework is a useful internal benchmark against which CFOs can measure the vulnerability of organizations (their own and others) to attacks like those suffered by Huishan. Moody’s grouped the red flags into five categories:

Quality of earnings and cash flow

What should you do if it turns out that Muddy Waters’ next target is, in fact, your company? The short-seller’s victims had embarked on a variety of actions, with varying results.

Put your money where your mouth is. Huishan’s Yang Kai dismissed the Muddy Waters accusations as “groundless,” and then bought more and more of the shares. The strategy worked (for a while) and arguably bought the company some time to put things to right, until the alleged debt issue caught up with it.

Find a champion. Olam’s most potent weapon, however, was the backing of Temasek, Singapore’s high-profile government-linked investment company. Temasek ended up with an 80% stake in Olam, one of the world’s top three coffee and rice traders.

Sino-Forest initially had champions, too, in the person of respected hedge fund manager John Paulson. Unfortunately for the plantation operator, Paulson eventually exited, absorbing a reported loss of US$107 million. The lesson: a long-term sovereign institutional investor, like Temasek, is a better bet than a private hedge fund.

Paulson had been initially supportive, but as the investigation dragged on, he concluded that “even if Sino-Forest's special committee investigation clears management and supports the public disclosures and financial statement, the stock may remain depressed for an extended period of time.” The lesson: Do it fast and do it credibly.

Sino-Forest filed for bankruptcy in 2012 and now operates as Emerald Plantation Holdings. Olam is once again profitable, reporting profit after tax and minority interests of S$102.2 million (US$73.3 million) in fourth quarter 2016, from a loss of S$269.4 million in the same period in 2015. But like the other companies targeted by Muddy Waters, it has yet to fully return to its formerly high-flying self.

The best strategy is to avoid getting into Muddy Waters’ cross-hairs in the first place, and that means making sure operations and financials are above reproach in reality and in terms of perceptions. The onus thus falls on the CFO to make sure this is the case, regardless of how complicated and unique the company’s business model is.

Tracking how many red flags the enterprise has, using frameworks such as the one developed by Moody’s, is a good start. The next step is to try as much as possible to turn those red flags white.