The Major Risks of 60% of Workplace Misconduct being Unreported 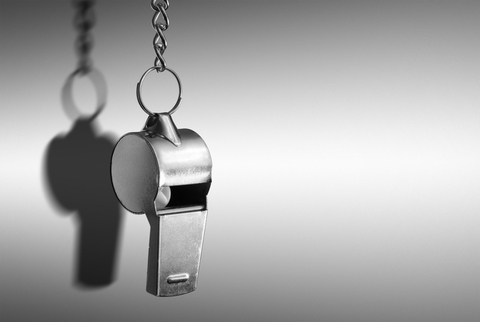 Nearly 60% of all misconduct that is observed in the workplace is never reported primarily because of the fear of retaliation, according to advisory firm Gartner.

“The majority of employees who observe misconduct—or think they might have—never report it. There’s an information gap here, especially when you consider that only 14% of the misconduct reports happen through official channels, such as the compliance team or HR,” said Vidhya Balasubramanian, managing vice president at Gartner’s legal and compliance research group.

Education and fear when it comes to misconduct reporting

A fear of retaliation correlates with several observable variables, most notably educational attainment, seniority within the organization, and gender, said the firm.

The survey also showed a big gap in fear of retaliation between different educational levels, according to Gartner.

Only 58% of employees who did not finish secondary education believed they could report misconduct without fear of retaliation, said the research firm, adding that the number rises to 72% in those with a bachelor’s degree, and to 77%  in those with a postgraduate degree.

When employees do report misconduct, 68% make statements about what they have observed to their direct manager, according to Gartner.

However, only two-thirds of managers say they feel adequately prepared to handle a report of misconduct, regardless of the issue, the firm pointed out.

“This means that those in charge of ensuring proper behavior in the workplace are only seeing a small fraction of the instances of misconduct that occur.” said Balasubramanian. “It’s an incomplete picture from which to improve workplace culture and mitigate risks.”

There're serious consequences of failing to address misconduct properly. Clear examples of these consequences were seen throughout 2018 with fierce attention on misconduct scandals ranging from data breaches, to conflicts of interest, to sexual harassment

The impact of culture on reporting

“Across over two million respondents from 167 organizations worldwide between 2009 and 2017, about two-thirds of employees saw their organization in the most favorable terms,” said Balasubramanian. “While 72% of these people reported the misconduct they witnessed, only 7% of them said they had seen any misconduct at all.”

An employee’s perception of an organization is highly correlated to the rate at which they claim to have observed misconduct, and the likelihood that they will report it, Gartner observed.

Of the 5% of employees who rated their organizations unfavorably, 61% of them observed misconduct, but just half of them reported it.

“There’s a real danger that upper management can be out of touch with the nature and the extent of misconduct that is occurring in their organizations,” said Balasubramanian. “Without insight into what is happening on the ground, how can the company identify potential issues and attempt to rectify a poor culture?”

The idea that less than half of all misconduct is never reported should cause alarm and drive action at the highest levels of many organizations, Balasubramanian pointed out.

Many companies believe investing in hotlines and basic compliance processes may suffice, but at least one in three employees do not know whether their company has provided any way to anonymously seek guidance, she observed.

This means that almost every business is facing serious regulatory and compliance risks that are completely hidden, she said.

“Such risks have serious consequences for individuals and organizations failing to address them properly,” Balasubramanian observed. “Clear examples of these consequences were seen throughout 2018 with fierce attention on misconduct scandals ranging from data breaches, to conflicts of interest, to sexual harassment.”