Interesting Times In Emerging Asia: Keep an Eye Out for Storms 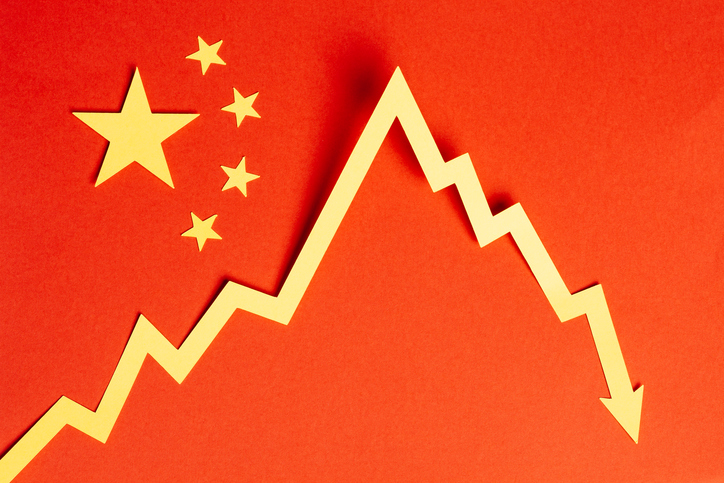 “May you live in interesting times” is a traditional Chinese curse disguised as a blessing. Looking at emerging Asia today, it can certainly be said that the region is both cursed and blessed.

The potential curses come in several forms. A Chinese slowdown and the threat from North Korea are proximate concerns. A bit further away geographically, but no less important economically, is the fear of a more protectionist America and a stronger US dollar.

We have expressed our concerns over the current state of economic affairs in China a number of times. A Chinese “hard landing” (a financial crisis accompanied by a deep economic slump), would have a chilling effect on the economies of Southeast Asia.

But even if Chinese policymakers are able to engineer an orderly slowdown (trading off higher growth for more sustainable growth), a contraction in demand for imports, a fall in investment spending and a sharp correction in commodity prices would ensue.

Our base case remains that of a moderation in growth in Asia, rather than any kind of crash. But keep an eye on the skies for storms

Fallout on the neighbors

Even though the Association of Southeast Asian Nations (ASEAN) countries have worked to diversify both their output and their trading relationships, they are still linked closely to the area’s economic heavyweight.

China is an important export destination for Korea, Taiwan, Thailand, Malaysia and others. With China accounting for anywhere from 10% to 25% of exports from these countries, the impact from any prolonged slowdown would be painful.

For commodity exporters Indonesia and Malaysia, the negative terms-of-trade shock from low commodity prices would perhaps be even more significant than the direct exposure of these countries’ economies to Chinese demand. Singapore and Hong Kong, the premier service and trading hubs in the region, would suffer from a general slowdown in economic activity.

But even developing countries in western Asia, such as Pakistan, Sri Lanka and Nepal, have benefited from strategic infrastructure investment and funding from Beijing. More may on the horizon if the ambitious “One Belt, One Road” project comes to fruition.

This largess is unlikely to survive a Chinese economic slowdown. China has also been dealing with capital outflows over the past several years. While recent controls have slowed the flood to a trickle, a renewed exodus would serve to limit the Chinese consumption and investment that its regional partners rely upon.

Chinese political capital will be needed to check North Korea. If the worst fears in Korea are ever realized, the humanitarian cost would be catastrophic and dwarf any economic worries that we might have. The hope right now is that the new administration of Moon Jae-in in Seoul, along with its international partners, will be able to de-escalate the situation with Pyongyang.

The focus for South Korea would then shift to much-needed corporate reforms. The South Korean economy has come to rely on just four family run conglomerates, known locally as ‘chaebol’, which account for almost half of all the stock market’s value. In the long run, Korea’s economy might benefit from a better mix of small and large firms.

Looking across the Pacific, while the Trump administration’s tax agenda has been thrown off course, clouds of protectionism still linger above Asian export houses. Either through direct exports to the US or indirect exports to the US via China and Japan, countries such as South Korea, Thailand, Malaysia, Taiwan, Vietnam – and of course China – have significant exposure to the American market.

A few isolated incidents aside, Asian economies have handled currency swings fairly comfortably over the last decade or two

Unless access to the US market is completely cut off – an unlikely scenario – the US dollar would likely rise to offset some of the impact from trade barriers.

Concerns have been expressed about the ability of Asian economies with substantial dollar-denominated debt to weather rising US interest rates and a resulting depreciation of their local currencies versus the dollar.

We believe these fears are somewhat overdone. Dollar liabilities now reside largely in corporate balance sheets (Indonesia is a notable exception), and in most cases are hedged. And unlike 1997, economies across Asia hold substantial foreign exchange reserves.

A few isolated incidents aside, Asian economies have handled currency swings fairly comfortably over the last decade or two. Three years ago, the US Federal Reserve’s policy shift was preceded by a 25% appreciation of the US Dollar Index over nine months, starting in July 2014. It proved to be a non-event for dollar borrowers from a risk perspective.

The US dollar’s strength after Donald Trump’s victory prompted rumors about capital controls arising in the region, particularly in Malaysia. The concerns didn’t last more than a few days.

Earlier this month, there was some excitement around the stability of the Hong Kong dollar’s peg with the US dollar, with some speculating that Hong Kong could be forced to devalue. Now, Hong Kong’s official foreign reserve holdings total more than the entire annual output of the island economy, and its net international investment position is triple of that.

A 25 basis point hike from the Hong Kong Monetary Authority was enough to calm nerves.

Base case: No crash

Economic activity in the region is expanding at a steady pace. Despite global concerns, Asia (ex-Japan) should continue to be the driver of global economic growth for the time being. Chinese policy makers have repeatedly surprised analysts with their ability to sustain the status quo.

Our base case remains that of a moderation in growth, rather than any kind of crash. Furthermore, policy paralysis in Washington is likely to limit movements to restrict trade. Exporting nations in Asia are therefore likely to continue to utilize this path to prosperity.

Finally, India and the Philippines continue to expand rapidly and should be in a position to absorb increasing levels of goods and services from Asian providers.

The rainy spring season is setting in over Southeast Asia. Heavy precipitation makes the area one of the most fertile in the world – but the occasional typhoon also crosses the region at this time of year.

The region should be able to weather the normal storms, but keep an eye on the skies for storms.

Carl R. Tannenbaum is Chief Economist at wealth management company Northern Trust. This article was excerpted from Northern Trust Weekly Economic Commentary published May 26, 2017. It was re-edited for clarity and conciseness.