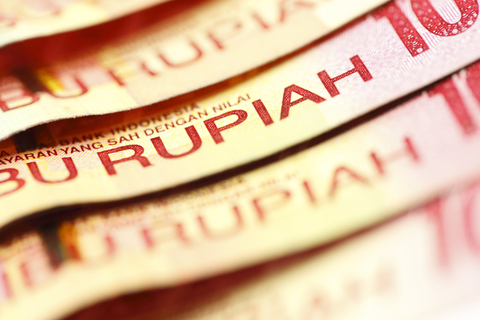 The weakening Indonesian rupiah fell to its lowest level against the US dollar on Monday, prompting the country's central bank to say that it will intervene in the market.

Bank Indonesia intervened in the foreign exchange and bond markets Monday morning, according to a Reuters report.

It wasn't the central bank’s first intervention move. Since May, Bank Indonesia has already raised interest rate four times and used its foreign cash reserves to buy the local currency.

However, these efforts failed to avert the currency’s downward trajectory.

The Indonesian currency has been among the worst performing in Asia, a result of account deficit and the impact of the Turkish lira crisis.

The situation could get exacerbated if the rupiah weakens further, as around 41% of the government debt is denominated in foreign currencies, according to Moody’s.

In addition, the government has reduced imports to control current account deficit and reduce the amount of rupiah sold to buy foreign currencies.

Amid the volatile financial conditions that forced the central bank to tighten monetary policy, the World Bank in July cut its annual growth forecast for Indonesia to 5.2% from the 5.3% projected earlier this year.

The World Bank’s projection in line with those by the Asian Development Bank and IMF, which put their estimates at 5.2%.