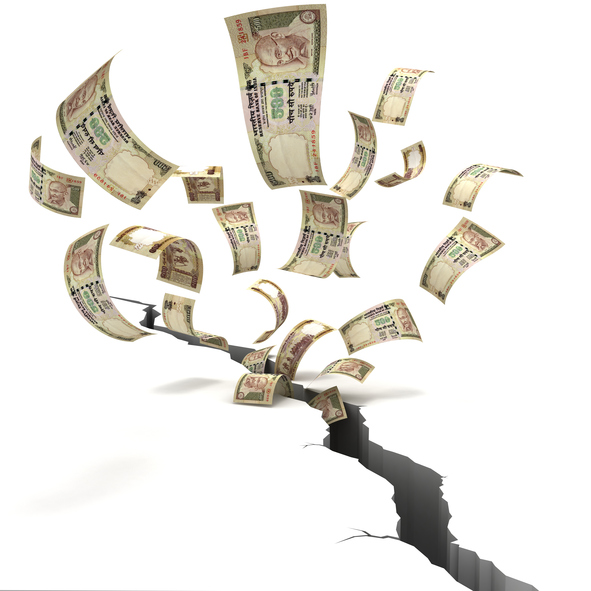 The Indian government made an aggressive move on November 8 to demonetize overnight the country’s high-level currency notes – in 500 and 1,000 denominations – in a bid to combat black money and dismantle the country’s flourishing parallel economy. The exchange of old notes will be accepted at banks only till December 31, 2016.

While this decision is bold and directly attacks ill-acquired or unreported wealth in hard cash (thereby reducing the government’s liabilities and increasing tax scope), the policy is not without significant repercussions.

Demonetization is also dismantling, in a way, some of the traditional barriers preventing Indians from adopting digital payment solutions, such as the habit of using cash and unfamiliarity with digital payment systems

Pain at the ATM

The banking system is still struggling to replenish the shortfall in cash supply (either through banks or ATMs and other Points-of-Sale), due to insufficient currency and non-availability of new currency. Moreover, the country’s central bank, the Reserve Bank of India (RBI), has put in place various immediate restrictions that limit cash in hand, which have painful implications for a largely cash-based economy as India.

This may yet have a staggered impact on the long queues in banks and ATMs, unless the new 500-notes become ubiquitous, and both that and the equally new 2,000 note become available at the ATMs. As of now, the new 2,000-note brings with it its own transactional limitations, although this will be temporary until the lower cash denominations in circulation stabilize.

The entire transition period is expected to last 50 days before normalizing, with the experience differing from rural to semi-urban to urban areas.

The demonetization of 86% of India’s cash in circulation is also indirectly boosting the country’s emerging digital payments market. In fact, among the reasons justifying the demonetization move is the sought-for transition sought towards a cashless economy.

This policy direction by the government highlights the tremendous growth possibilities for the digital payments sector that is only just starting to establish itself.

Demonetization is also dismantling, in a way, some of the traditional barriers preventing Indians from adopting digital payment solutions, such as the habit of using cash, unfamiliarity with digital payment systems, lack of compelling value proposition, and anxiety over fraud and network security.

Some of the players looking to benefit include Paytm, MobiKwik, FreeCharge, ItzCash, and Payworld, among others. Further, the digital and paperless Airtel Payments Bank has announced that it has opened savings accounts for over 10,000 customers within two days of going live with a pilot project in Rajasthan.

India’s mobile wallet industry is touted to grow multifold from US$22.41 million in 2015-2016 to US$4.37 billion in 2022. This would entail a corresponding jump in the value of mobile wallet transactions from US$3 billion to US$800.35 billion during the same period, according to a July forecast by Assocham-RNCOS titled “Indian M-wallet Market: Forecast 2022.”

The demonetization move has not only forced individual consumers to adopt alternative payment mechanisms, but has also hit large sections of the unorganized sector, which forms the bulk of the Indian economy

The values behind the study will inevitably get impacted by the sudden usage of digital solutions forced upon customers in the current period – real jumps towards permanent adoption of cashless solutions will require more assurance from firms and the banking sector. In this context, the temporary rollback of Paytm’s point-of-sale (PoS) feature on its mobile app within 24 hours of its launch is worrying – security concerns were cites as the reason.

Nevertheless, the current payment landscape presents a huge opportunity for digital companies. Additionally, the demonetization move has not only forced individual consumers to adopt alternative payment mechanisms, but has also hit large sections of the unorganized sector, which forms the bulk of the Indian economy.

A recent report by the Boston Consulting Group titled “Rising Connected Consumer in Rural India” predicts that rural online users will increase from about 120 million in 2015 to almost 315 million in 2020, presenting enticing opportunities for marketers and digital wallet firms.