India's New Government Rolls Out the Carpet for Foreign Investors 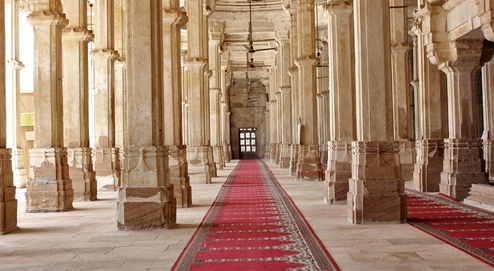 The new Indian Budget for the fiscal year 2014-15 was presented by Finance Minister Arun Jaitley in July. While many commentators have concentrated on the lack of any significant changes in the existing tax regime, there are a number of interesting pointers as to trends that foreign investors would be wise to track.

These trends are now set to become part of the longer term government-driven policy.

The budget sets in motion much-needed commitments to the development of India’s infrastructure, and includes some rare reforms on government efficiencies

India uses a financial system that measures in lakh (100,000) and crore (ten million); for the ease of our readers these figures have been translated into US Dollar amounts.

First, the basic highlights. There were no significant tax changes, although there is bad news for the tobacco and sugar industries. The health of Indians is shown as becoming a state concern.

But there is welcome news for foreign investors in the food packaging, footwear, clean energy and LCD television manufacturing sectors.

Most commentary has been on the above, and as can be seen there are some very specific duty changes that affect certain products.

Additionally, there has been no change in the overall tax rate at this time. However, Minister Jaitley did state that changes to the foreign investment regulations and overall fiscal tax collection could be expected in the next budget.

The budget as presented as highlights above doesn’t appear that exciting. However, when one takes an in-depth analysis of the infrastructure related portions of the budget, a rather different story emerges.

I highlight the budget’s infrastructure developments and planned funding below. Foreign investors in the areas marked should take particular notice:

The budget sets in motion a series of much-needed commitments to the development of India’s infrastructure, and includes some rare reforms on government efficiencies.

Overall, the budget can be seen as a testing ground for how far the new government can go to both finance and then execute the plans identified above. Foreign investment has been identified as a key component of development of larger projects in transportation infrastructure, in particular.

It is, in many ways, an infrastructure budget.

I would expect tax concessions and a more fiscal revenue-based budget next time around. For now, this budget demonstrates there is plenty to be done in the India under new Prime Minister Narendra Modi, and firmly sets out the key areas of attention.

Investors should be aware that following government policy is always a good idea, and the budget as presented gives plenty of food for thought.