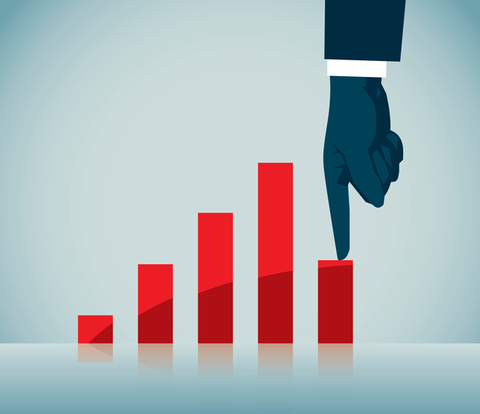 The IMF has revised its global economic growth forecast for 2018-19 down to 3.7% from the previous 3.9%, citing risks from trade war escalation.

“Last April, the world economy’s broad-based momentum led us to project a 3.9 percent growth rate for both this year and next. Considering developments since then, however, that number appears over-optimistic: rather than rising, growth has plateaued at 3.7 percent,” IMF said in a statement.

IMF pointed out that growth has proven to be less balanced than hoped.

“Not only have some downside risks that the last World Economic Outlook identified been realized, the likelihood of further negative shocks to our growth forecast has risen,” IMF said. “In several key economies, moreover, growth is being supported by policies that seem unsustainable over the long term. These concerns raise the urgency for policymakers to act.”

In addition, the fund has downgraded its 2019 US growth forecast by 0.2 percentage point to 2.5% because of the recently enacted tariffs on a wide range of imports from China and China’s retaliation.

The IMF has also revised its 2019 outlook for China as a result of the tariff war, cutting its projection by 0.2 percentage points to 6.2%.

The euro area will grow 2% this year, versus the 2.2% forecast in July while Japan’s growth this year is upgraded slightly to 1.1%, according to the fund.

The fund said it expects inflation to accelerate around the world this year due largely to increasing commodity prices while core inflation will vary by country.