If Your Job Won't Disappear, it Might Still Change Radically 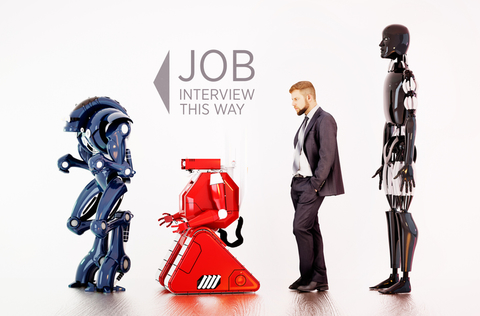 Automation will wipe out 14% of existing jobs in the next 15 to 20 years, said OECD on Wednesday when launching its Employment Outlook 2019.

Among those jobs that might remain, 32% of them will change radically, the organization added.

“Governments need to overhaul their approach to employment and jobs to reduce further social and economic tensions, according to a new report from the OECD. Without rapid action, many people, particularly the low skilled, will be left behind in the fast-changing world of work,” said OECD Secretary-General Angel Gurría.

While full-time, permanent employment is likely to still account for many jobs in the future, the past few years have seen a further rise in non-standard work in some countries, such as self-employment and temporary contracts, the OECD noted.

Part-time employment has risen in virtually every OECD country over the past few decades, the organization observed, adding that the share of people who work part-time but would prefer to work full-time has also risen in two thirds of OECD countries for which data are available.

“Governments should tackle false self-employment, which employers sometimes use to avoid taxes and regulations, minimize the “grey zone” between salaried work and self-employment, and extend rights to workers left in that zone,” Gurría noted.

Adapting and extending social protection is essential to ensure better coverage for workers in non-standard forms of employment, according to the report, he said.

In some countries, non-standard workers are 40-50% less likely to receive any form of income support while out of work than standard employees, OCED pointed out.

Benefit entitlements should be made portable across jobs and targeted social protection measures complemented with more universal and unconditional support, the organization noted.

In all OECD countries, training participation is lowest among those who need it most, including the low-skilled, older adults and non-standard workers, the organization said.

A major overhaul of adult learning programs to increase their coverage and promote quality is needed to harness the benefits of the changing world of work, OECD advised, adding that measures should include removing time and financial constraints to participation in training, making training rights portable, and providing quality information and counselling.

Union membership has steadily declined over the last three decades in OECD countries, falling from 30% in 1985 to 16% in 2016, OECD observed.

“This has weakened workers’ bargaining power and contributed to the decline in the share of national income going to workers, Gurría said. “Membership is even lower among non-standard workers, who are 50% less likely than standard workers to be unionized.”