Huishan Dairy: The Case of the Ill CFO and the Vanished Treasurer 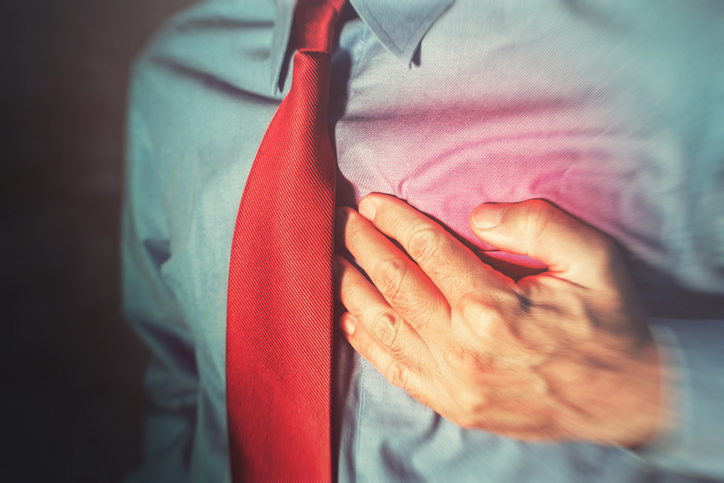 It’s not a nice thing to say, but So Wing Hoi’s recent heart surgery may have helped insulate him somewhat from the dire development in company. The former KPMG partner, 48, was until recently executive director and chief financial officer at Huishan Dairy, China’s largest dairy farm operator. He resigned “for health reasons” effective April 17.

Another executive director, Ge Kun, who manages treasury operations, is also being careful about her health. On March 21, she wrote chairman and CEO Yang Kai that she was very stressed at work, was taking a leave of absence, and did not want to be contacted. “Out of concern for her whereabouts, the Company has lodged a missing person’s report with the Hong Kong Police as she was last known to be in Hong Kong,” said Huishan on March 31.

Whether Huishan can continue as a going concern is now in question. All told, Huishan and Yang Kai between them are said to owe some US$5.8 billion

You know that things are dire when your finance leaders start to abandon ship. The company’s own state of health is dreadful. Its shares fell 85% in Hong Kong in March after news circulated that Yang Kai had pleaded with 23 creditor banks to restructure Huishan’s loans. Some banks had apparently been open to the idea, upon the prodding of the Liaoning government (Huishan operates in the province).

But in a filing with the Hong Kong Stock Exchange on April 10, the company reported that it had been declared in default of a dual tranche facility for “non-compliance with certain of the covenants.” The principal amount outstanding is US$180 million and HK$156 million. At the same time, the Shanghai courts froze assets owned by the group, Yang Kai and his wife to the tune of RMB546 billion (US$79 million), the amount owed to asset management company Gopher.

Whether Huishan can continue as a going concern is now in question. Only  Yang Kai and the vanished Ge Kun still on the board – five independent non-executive directors and three executive directors, including the CFO, have stepped down. All told, Huishan and Yang Kai between them are said to owe some US$5.8 billion to banks and other creditors, including peer-to-peer lending platform Hongling Capital.

What went wrong? The role of the CFO in the debacle has yet to be chronicled, but the treasurer’s disappearance is telling. According to Huishan, Yang Kai learned that payments due to some banks were delayed only on the day he received the letter from Ge Kun, whose main qualification to act as treasurer appears to be her closeness to the CEO, not her training and expertise in financial management.

The 42-year-old Ge Kun is not a finance professional. She earned a “diploma of practical secretary in foreign affairs from Shenyang Television and Broadcasting University,” and a “graduate certificate of self-study examination of Chinese language and literature from Liaoning University,” according to Huishan’s website.

But she has been an associate of the CEO for 15 years. When Yang Kai founded Shenyang Longdi Foods in 2002, Ge Kun joined him as general manager and director. When Longdi was renamed Huishan Dairy in 2012, the year before it listed in Hong Kong and turned Yang Kai into a billionaire, Ge Kun was named senior vice president in charge of sales and branding, human resources and government affairs. She owns 10% of Champ Harvest Limited (Yang Kai owns 90%), the vehicle that controls Huishan Dairy.

“Given that she has been part of Mr. Yang’s team since prior to the Company’s listing on the Stock Exchange in 2013, she also oversees and manages the Group’s treasury and cash operations (including expenses) and had managed the relationships with the Group’s financial bankers,” Huishan explained in a stock market filing.

Compared to Ge Kun, So’s ties with Yang Kai are newer. He joined Huishan only five years ago, and is “principally responsible for the financial reporting, investment and financing, and internal control of the Group.” But So boasts a pedigree that helped provide reassurance to investors during the Hong Kong IPO.

A member of the Hong Kong Institute of Certified Public Accountants and a fellow of the Association of Chartered Certified Accountants, the Hong Kong-educated CFO was a senior partner in KPMG’s office in Shenyang, the capital of Liaoning province, and also worked for KPMG in Hong Kong and Beijing. He served as a foreign economic and trade consultant at the Shenyang Foreign Economic Co-operation Advisory Committee and was a member of the Shenyang Political Consultative Conference.

Given his health problems, So had been all but invisible in the current crisis. He had not faced the media or analysts either when the notorious short-seller Muddy Waters launched an attack against the company in December, alleging among other things that Huishan has been reporting fraudulent profits since 2014, that it has overstated spending on its cow farms by as much as RMB 1.6 billion, and that it was “on the verge of default due to its excessive leverage.”

Save for two filings with the stock exchange that attempted to rebut and clarify the Muddy Waters accusations, Huishan has not really engaged with the media and the investment community on the issue. Still, Huishan’s share price had remained remarkably stable months after the Muddy Waters attack, giving the impression that the market was siding with the company rather than the short seller – until the sudden implosion in March.

It now appears that Huishan’s initial success in its skirmish with Muddy Waters owes more to Yang Kai’s financial engineering skills rather than confidence in the company’s financial management and prospects. Yang Kai-controlled Champ Harvest bought Huishan shares to support the price, ending up with nearly 73% of the total stock.

On paper, Yang Kai could afford to prop up the stock price. He landed at No. 147 (with Ge Kun) in the Hurun Report’s 2014 China Rich List after Huishan Dairy’s listing. In the 2016 ranking, Yang Kai on his own had zoomed to No. 66, with an estimated net worth of RMB26 billion (US$3.8 billion at the current exchange rate).

A former farm worker, Yang Kai was employed in a state-owned flour factory and another state-owned firm that made food-processing machines before he caught a break and became a shareholder and general manager of a Sino-American joint venture, Shenyang L&D Cereals & Foods.

In 2002, L&D, the American partner, bought Shenyang Dairy, now known as Huishan Dairy, from the Liaoning government, which was privatizing its ailing state-owned enterprises. Two years later, Yang Kai bought 50% of the privatized entity. He purchased L&D’s remaining shares in 2012.

It appears that the brash entrepreneur had been very aggressive in leveraging his paper wealth.  Champ Harvest deposited 3.3 billion Huishan shares (representing 24.8% of the company) in brokerage accounts to secure margin financing. It also pledged 3.4 billion shares to Ping An Bank to obtain HK$2.142 billion (US$275 million) in loans, another 1.9 billion shares as collateral for other loans, and 750 million shares to back loans to other Yang Kai-controlled entities.

For finance professionals, the Huishan debacle once again underlines the professional risks in signing up with a company that remains firmly in control of its founder

Huishan itself has a lot of bank loans, which totaled RMB15.3 billion (US$2.2 billion) as of September 2016. In addition, it has borrowings of RMB687 million (US$99.5 million) from three third-party leasing companies that purchased Huishan’s dairy cows, machinery and buildings. Huishan has use of the assets under a leaseback arrangement, but has the option to buy them back at what the company says are “minimal prices ranging from RMB100 to RMB10,000.”

Can Yang Kai and Huishan survive? His CFO and treasurer may have given up, but the former farm worker is plugging away. He is apparently counting on the Liaoning local government for help, given that Huishan is the province’s biggest employer and taxpayer. But a bailout may not happen.

“Government intervention is not in favor in Beijing,” Shen Meng of investment bank Chanson & Co told the South China Morning Post. “The policymakers’ agenda now is to push dodgy companies into natural foreclosure.” That said, the banks may be open to restructuring Huishan’s debt to avoid sullying their balance sheets with bad loans, at least in the short term.

For finance professionals, the Huishan debacle once again underlines the professional risks in signing up with a company that remains firmly in control of its founder. It could not be all that difficult to gauge the vision and commitment to good governance of an entrepreneur seeking to list his or her company in a financial center like Hong Kong.

If not evident initially, shortcomings should come to light eventually. To be sure, it is not easy to give up potential riches as a company embarks on an initial public offering. But a lack of discernment or indecisiveness in cutting ties can be hazardous to a finance professional’s health.