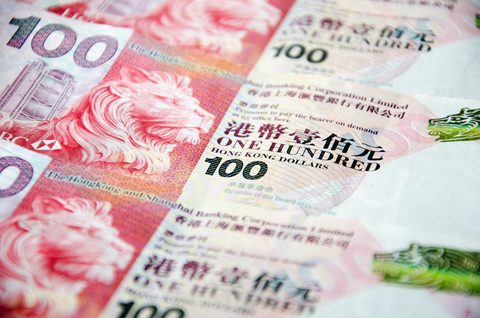 The Hong Kong Monetary Authority bought HK$1.507 billion (US$192 million) of local dollars during London and New York trading hours after the currency fell to the weak end of its trading band, the de facto central bank said in a statement on Saturday.

As a result, the aggregate balance—a measure of interbank liquidity will drop to a decade low of HK$74.8 billion (US$9.53 billion).

On the latest market operations, Howard Lee, Deputy Chief Executive of the HKMA, said, “The major reason for this round of the weak-side CU triggering is the significant widening of the interest rate gaps between the HKD and USD after the year-end, mainly because of the drop in banks’ funding demand, which led to a fall in HKD interbank interest rates..”

The wide interest rate gaps attracted carry trade activities that sell HKD for USD, pushing the HKD towards the weak side as a result, he added.

“It is not surprising for the weak-side convertibility undertaking to be triggered again,” he said. “The amount of outflows from April 2018 till now is only a small part of the inflows since 2008, which amounted to around HK$1 trillion.”

According to HKMA, convertibility undertaking is an undertaking by a central bank or currency board to convert domestic currency into foreign currency and vice versa at a fixed exchange rate.