Good News for Hong Kong: A Full Economic Recovery in the Making 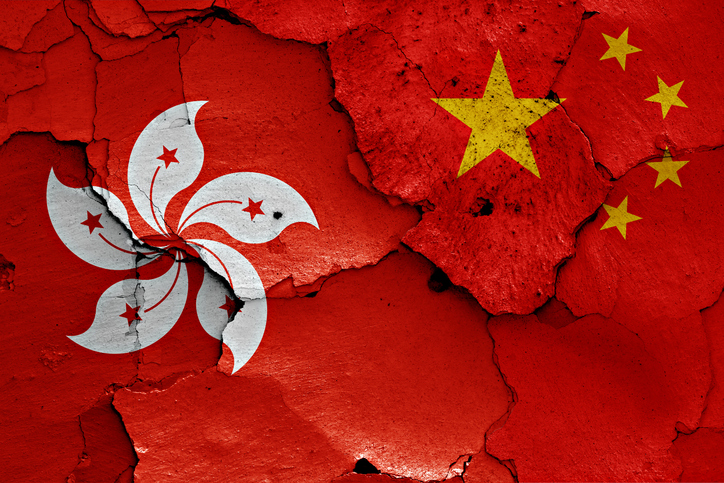 Hong Kong’s fourth-quarter 2016 GDP surprised the market on the upside by expanding 3.1% year-on-year (third quarter: 2%). As with the previous sharp slowdown, this rebound should also be attributed to China’s increasingly large influence on the Hong Kong economy.

In a way, Hong Kong is profiting from the best of two worlds. China’s real economy has stabilized, creating demand for Hong Kong goods and services, especially tourism. And China’s capital outflows have contributed to housing and stock price increases in Hong Kong. 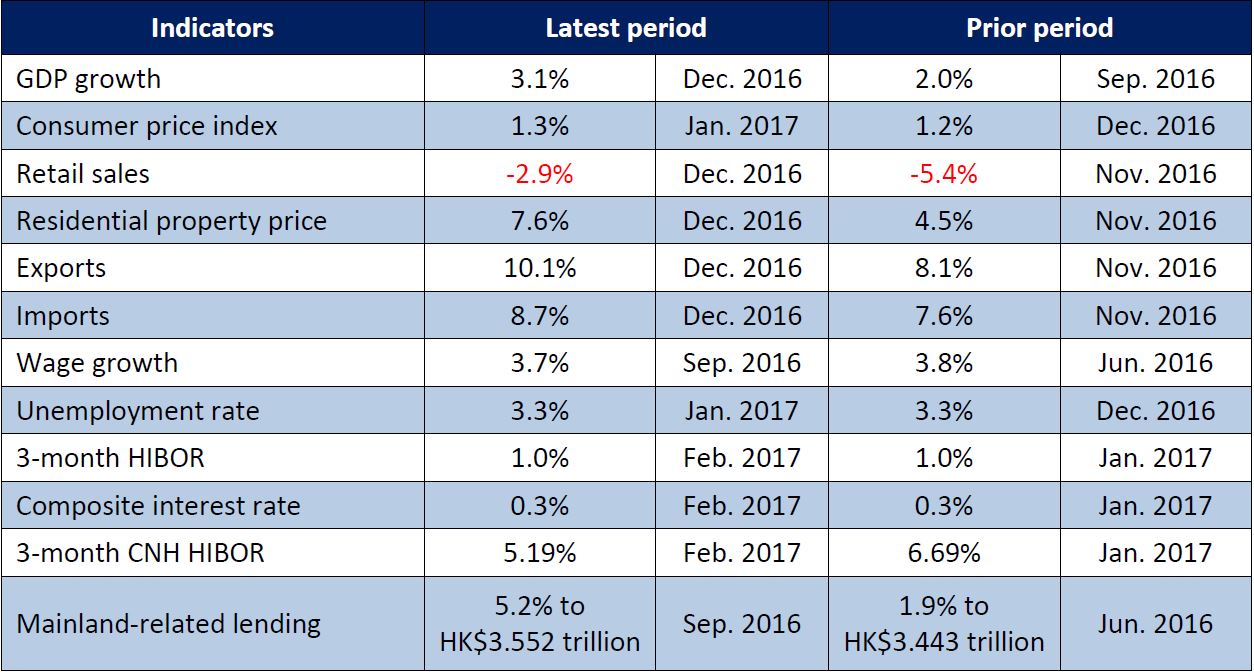 HIBOR is the Hong Kong Inter-Bank Offered Rate. CNH refers to renminbi traded outside of China, mainly in Hong Kong

More specifically, the good GDP data can be attributed to a solid rebound in private consumption and retail sales, lifted by the stabilization of the tourism industry (mainland-related spending, in particular).

Nonetheless, the annual growth of 1.9% year-on-year in 2016 is still half a percentage point below that of 2015, when GDP expanded 2.4%, signifying that the economic recovery is still not yet complete.

Drivers of GDP growth
Private consumption and exports are back

Despite the stronger growth, local inflation remained subdued in January (1.3% year-on-year) on the back of the solid HKD nominal effective exchange rate (NEER) and the soft RMB, which should keep import costs in check. However, inflation could accelerate soon, as in many other Asian economies as well as the US.

Hong Kong’s property market has clearly been pushed by China’s capital outflows. This is indicated by rising home prices (+7.6% year-on-year in December), notwithstanding the implementation of the standardized stamp duty of 15% back in November.

Regarding financial conditions, replenished liquidity in the market has driven HKD and CNH HIBOR down in February – especially on the shorter-end. Yet the absence of a RMB fixing and trading band in the offshore market suggests episodes similar to that of January could visit again.

Looking ahead, Hong Kong’s external trade and retail sales can ride on the cyclical upswing. That, coupled with a spate of relief measures dished out by Financial Secretary Paul Chan in the newly announced budget, should boost Hong Kong GDP growth to at least 2% in 2017.

Alicia Garcia Herrero is Chief Economist, Asia Pacific, at Natixis, the second-largest banking group in France. This article was excerpted from “Natixis Hong Kong Activity Gauge” published February 24, 2017 and was re-edited for clarity and conciseness.