Good News: Corporate Bankruptcies Are Falling Around the World 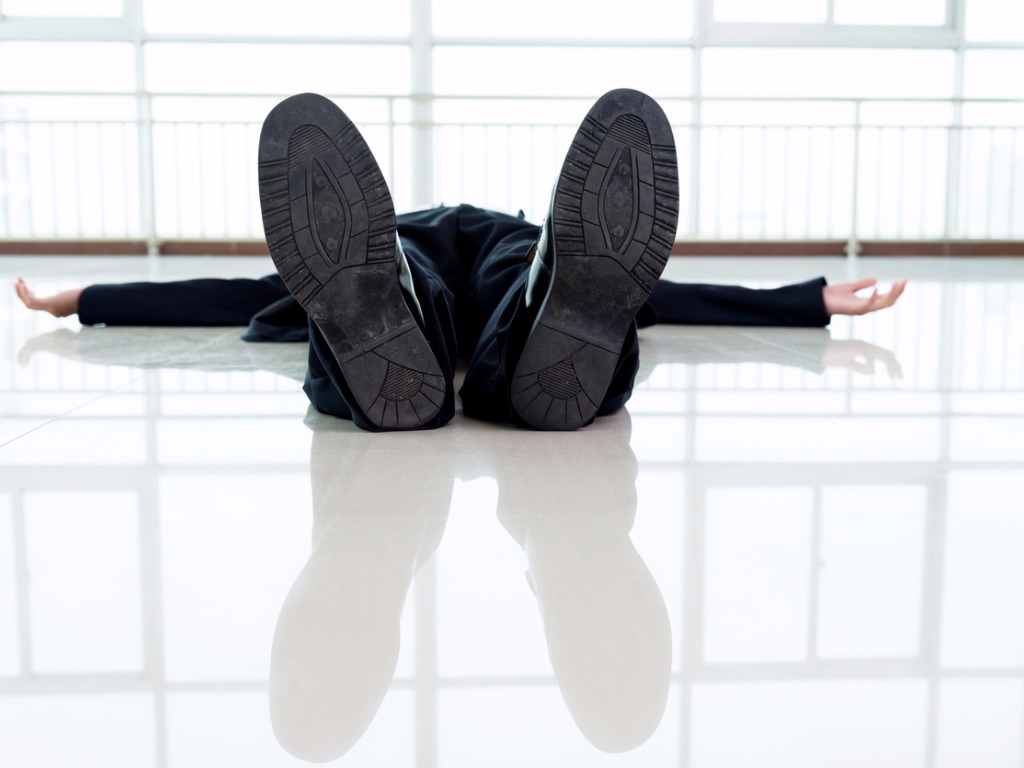 We see a broad-based recovery in global economic activity with strong support from industrial production, international trade, and investment

Economic momentum has continued to build around the world. The challenges that held back the global recovery through 2016 were low inflation, ultra-low or negative bond yields and austerity in advanced economies and low commodity prices for many emerging economies. All of these have been phasing out in 2017.

Now we see a broad-based recovery in global economic activity with strong support from industrial production, international trade, and investment. This is reflected in a slightly more optimistic global insolvency forecast of -3% in 2017, compared to -1% previously predicted. A further 2.0% decline is forecast in 2018.

Risks to the insolvency outlook remain tilted to the downside. But disorderly monetary tightening, equity market corrections, and a pronounced slowdown in China decreasing global import demand could all drive upward revisions, especially in 2018. Political uncertainty is also a persistent risk, with Brexit negotiations taking place as well as renegotiations of trade deals in the US. 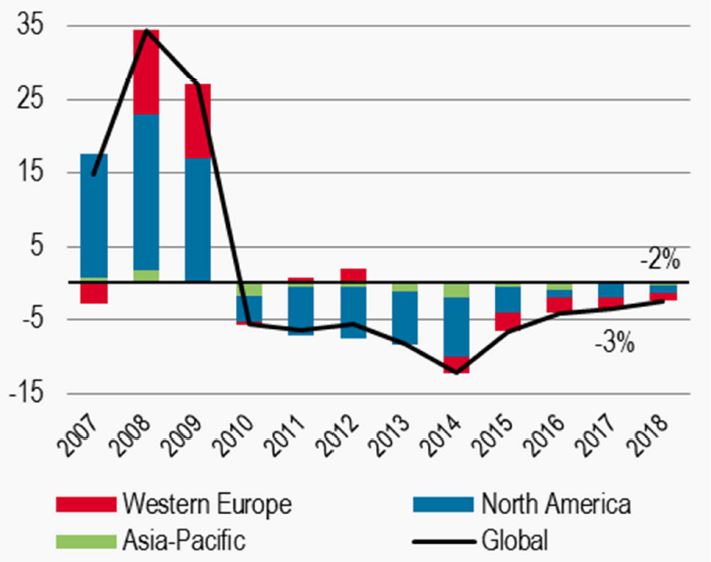 Economic momentum in the Eurozone has been gathering pace since late 2016 and a broad-based recovery is finally underway.

Domestic demand is picking up, supported by still-low inflation and ultra-loose monetary policy. Credit standards continue to ease across all loan categories and bank lending growth is accelerating, according to the ECB’s latest Bank Lending Survey. Exports are boosting GDP growth, supported by a stronger global economy and a weaker euro.

Political risk has also eased following the loss of momentum for Eurosceptic parties in elections in Austria, France, and the Netherlands this year. Eurozone-wide, insolvencies are expected to decrease 6% this year, followed by -5% next year. Still, regional insolvencies remain 50% higher than in 2007.

A continuation of this trend is expected, in line with robust, broad-based economic growth and post-crisis highs in consumer and producer confidence. We predict an easing in the pace in 2018 of decline as the annual volume is 60% of its 2007 level.

Corporate failures in Greece are forecast to finally tick down by 6% after nearly a decade of annual increases. We predict insolvencies will decline another 8% in 2018

Finland (-15%) is predicted to see the second-largest decline in insolvencies in 2017 before easing to a more stable 2% decline in 2018.

Germany’s 2017-2018 outlook is also characteristically strong, supported by exports, increasing domestic demand and government spending. Sentiment indicators have reached all-time highs, led by the manufacturing and construction sectors. This is expected to support a 7% decrease in insolvencies in 2017 and a 4% decline in 2018. 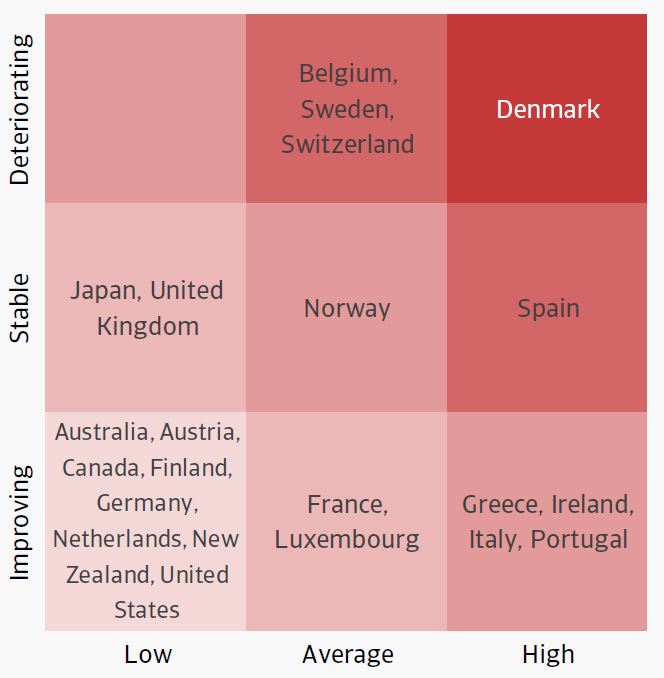 France, boosted by pro-growth policies under its new president, is forecast to see GDP expand 1.5% this year and 1.6% in 2018. After a strong 7.6% decline in insolvencies in 2016, we have revised the French 2017 outlook to a 7% decline. A further 6% decline in the total number of insolvencies in 2018 will bring the country’s annual count close to pre-crisis levels.

The recovery is also taking a stronghold, at last, in other economies, as shown by the prevalence of peripheral Eurozone countries in the bottom right corner of the insolvency matrix.

The economy of Greece grew 0.4% quarter-on-quarter in the first quarter of 2017. Full-year growth is forecast at 1.1%, driven by private and government consumption. Manufacturing activity is also finally picking up.

Corporate failures in Greece are forecast to finally tick down by 6% after nearly a decade of annual increases. We predict insolvencies will decline another 8% in 2018, although the absolute level will remain three times that of 2007.

The level of insolvencies in Portugal is also around three times higher than in 2007, but solid decreases of 10% and 6% this year and next could bring it down to about 270% of pre-crisis levels. GDP growth in Portugal is the fastest it has been in a decade.

Ireland (-8%) is also enjoying steady declines in insolvencies already this year and we predict this to continue, bringing the level of insolvencies back toward normal levels. The country still has twice as many annual bankruptcies than in 2007 and the pace of decline is easing in line with GDP growth.

Spain is enjoying the highest rate of GDP growth in the Eurozone thus far this year, marking its fourth year of expansion and steady job creation. From 2014 to 2016, Spain saw double-digit declines in the annual number of bankruptcies.

US GDP is expected to expand a solid 2% in 2017 and 2018. We forecast a 4% decline in the overall number of insolvencies in the US this year

We previously forecast another 8% decline in insolvencies in Spain. However, first-half data has not come in as expected, showing a 4.0% increase compared to the first half of 2016. This could be driven by an increasing number of active companies (+5.2% in the second quarter of 2017 compared to the year before) and/or on-going deleveraging in the private sector.

There is little evidence, though, that this trend will continue. Spain’s economic expansion is broad-based and the outlook is positive. The labor market is also tightening with unemployment at an eight-year low of 17.2% of the active population.

Thus, we forecast the full-year change in insolvencies to be a more stable 2% increase, before a 7% decline in 2018. Spain’s annual number of insolvencies is still five times its 2007 levels, the highest in the surveyed countries.

Across the Atlantic, the US economic outlook is also robust, which is reflected in high business confidence. One such measure is the Business Roundtable CEO Economic Outlook Index, which looks at the plans of CEOs of the 200 largest US companies for spending, investment and sale projections over the coming six months. This index is well above its historical average and shows that the business environment is still very optimistic, especially for tax reforms.

US GDP is expected to expand a solid 2% in 2017 and 2018. This forecast is, however, slightly more moderate due to a less expansionary fiscal policy than previously expected.

This trend could continue and even worsen largely due to uncertainty, which may reduce business investment. While policy uncertainty has receded since November, there remain risks to the insolvency outlook. NAFTA renegotiations, for example, could have severe implications for the US business outlook through lower investment in case of heightened uncertainty or business impediments.

Rising insolvencies in the UK

Despite economic resilience over 2016 and high business confidence, insolvencies in the UK are on an upward trend. For the first time since 2011, total corporate failures increased last year, albeit by only 1%. With 7,567 underlying business liquidations in the first half of 2017, insolvencies are 1.7% higher than in the same period in 2016.

This trend is expected to continue through this year and next as GDP growth eases. Higher inflation is increasingly feeding into lower real earnings, weighing on private consumption, the main driver of UK economic activity. This is likely to be exacerbated by expected tightening in consumer credit by banks.

The most vulnerable sectors are consumer-oriented like retail trade and accommodation & food services. The manufacturing sector, on the other hand, which accounts for about 15% of the UK’s economy, is supported by the weak sterling, which boosts export competitiveness.

Manufacturing production, however, has been flat or falling for the first six months of the year, led by the transport sector. This could put further upward pressure on insolvencies.

We expect GDP growth to ease to 1.6% in 2017 and annual insolvencies to increase 2%. With Brexit negotiations with the European Union underway, uncertainty is rising and is projected to weigh on business investment, bringing GDP growth to only 1% in 2018.

We predict corporate failures in the UK to increase by a further 4% next year.