Going to America? Beware of Reverse Mergers and US Taxes 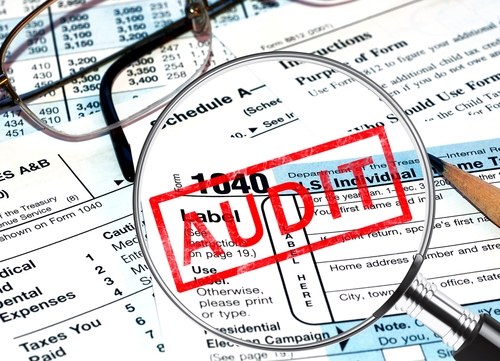 There are two recent papers on reverse mergers that may be of interest to my readers.

The first, by Jordan Seigel of Harvard and Yanbo Wang of Boston University, is the most thorough analysis of reverse mergers I have come across. They find there were 444 reverse mergers of Chinese companies into US shells between 1996 and September of 2012.

While companies in other countries have done reverse mergers with U.S. companies, only Canada (with 405 in the same period) comes close to China.

Seigel and Wang posit that there are two reasons why a Chinese company might do a reverse merger with a US company. First, it would be to access the superior corporate law of the US. The second is to commit fraud.

The first reason? That’s nuts. While Zhu Rongji may have chosen to list some of China’s largest state-owned enterprises in the US back in the 1990s in order to use US corporate governance practices to help reform the companies, I would wager that not a single private businessman in China would incorporate in the US to give his shareholders greater protection.

The second reason, that companies do this to commit fraud, might be possible in some cases. But I don’t think the majority of reverse mergers set out on a plan to commit fraud.

I think Seigel and Wang should have focused on Sutton’s Law, named after accomplished bank robber Willie Sutton. He is said to have told a reporter when asked why he robs banks: “Because that’s where the money is.”

Sutton’s Law is to look for the most obvious reason. When you hear hoofbeats behind you, think horses, not zebras.

I believe the reason Chinese companies did so many reverse mergers is because they wanted cheap and quick access to US capital markets. Reverse mergers were faster and cheaper than IPOs, because there was minimal oversight (that has since changed).

I think many turned into alleged frauds when they were overwhelmed by the difficulty of complying with US accounting and corporate governance practices, and consequentially many have gone dark. Some were criminal enterprises, but not most.

Go with the Caymans, If You Can

Those that file Form 10K are known as domestic filers, and also must file quarterly reports on Form 8K. Many foreign private issuers (Form 20F filers) follow similar practices to meet market expectations, but are not required to do so.

Beware the US Taxman

The biggest problem with doing a reverse merger into a US listed company is that doing so brings the group into the US tax net. US corporations are subject to tax on their worldwide income. That does not generally include the income of foreign subsidiaries until that income is brought back as a dividend.

But the US tax law is full of tricky rules intended to trap those who abuse the rules. Passive income, and certain related party transactions, can trigger immediate taxation even if the income is not distributed to the US parent company.

A recent article in Tax Notes, which was also summarized at Seeking Alpha, highlights the US tax problems of Chinese companies that have done reverse mergers.

The article highlights three companies – Sino Agro Food, Viewtran Group and Fushi Copperweld – that may have significant unrecorded US tax liabilities. Most of the reverse mergers trade on the OTCBB or pink sheets, if they trade at all, and consequentially are poor candidates for short selling.

The author, Garth Spencer, is a sole practitioner specializing in IRS whistleblower claims. I used to practice in this area, but I have let my international tax skills go stale. But I find no flaws in Spencer’s analysis.

As far as I know, the only large US-listed Chinese company that has a US-incorporated parent company is Sohu.com. Sohu did a conventional IPO, not a reverse merger, but it is a Delaware company because that is how it was first incorporated when it started up in Silicon Valley.

I used to practice in Silicon Valley, and spent much of my time talking entrepreneurs into incorporating in the Cayman Islands instead of Delaware because it would make tax planning so much easier. Unfortunately, Sohu was not my client at that time.

From a reading of Sohu’s 10K, it appears that they are tuned into potential US tax issues, so I do not expect a surprise from them. Nevertheless, if Sohu tried to take profits out of China in order to pay a dividend to shareholders, there may be significant US taxes.

Sohu does not provide for those taxes because they use the APB 23 loophole, an accounting rule that lets companies avoid recording the cost of bringing home money by claiming it is indefinitely invested abroad.

Once a company is a US company, it is very difficult to take it out of the US tax net. There has been a lot of attention paid to corporate inversions, a technique that has been used by about 50 US companies to move offshore.

President Obama has criticized the technique and Congress is considering ways to shut it down. Sohu, and other Chinese companies trapped under a US parent, might want to get out while they still can.

Dr. Paul Gillis is a CPA and Professor of Practice at Peking University’s Guanghua School of Management. This opinion piece first appeared on China Accounting Blog, and was re-edited for clarity and conciseness. Dr. Gillis’s opinion is his own and does not necessarily reflect that of CFO Innovation.