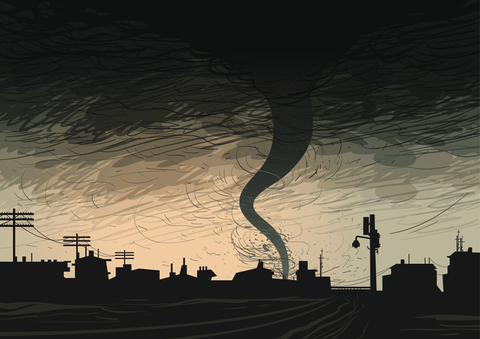 The knock-on effects of faster Fed tightening and a stronger US dollar—at least in the short term—have prompted Oxford Economics to become more downbeat about growth prospects in the emerging markets, the research firm said in its Oct-Nov monthly economic updates.

World GDP growth in the first half of the year was remarkably resilient, but recent news has been more negative overall, according to Oxford Economics.

The global composite PMI in September fell to its lowest level this year, perhaps a sign that the gloomy mood music of the first half of the year is finally filtering through to the real economy, the firm said.

Meanwhile, some of the key concerns of 2018 to date—protectionism, populism in Italy, higher oil prices and tougher conditions for emerging markets—have either escalated or remain firmly to the fore, the firm observed.

The big plus has been signs that the US economy is continuing to fare well and appears resilient to the threat from trade wars, according to Oxford Economics.

“Despite President Trump announcing tariffs on a further US$200 billion of Chinese goods, we have raised our 2019 US GDP growth forecast by 0.2pp to 2.5%,” the firm said in its updates. “However, this positive development has a sting in the tail. This strength, along with Fed comments, has led us to raise our Fed funds forecast – we now see three, rather than two, hikes in 2019. “

Concerns that the US neutral interest rate is rising has also pushed up bond yields, Oxford Economics observed, adding that all of this may prompt the US dollar to rise further in the near-term.

These developments, plus a slightly weaker outlook for China, higher oil prices and recent EM financial market weakness, have prompted the research firm to downgrade its emerging market forecasts, according to the update.