FX Risk: Why the Yuan Might Reach 5.98 By Year-End 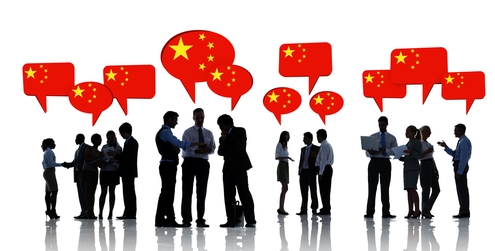 The People’s Bank of China (PBoC) seems to have succeeded so far in changing expectations for the Chinese yuan by engineering a depreciation earlier this year. Nonetheless, the spot rate against the US dollar has shown a remarkably steady appreciation since early June.

Therefore, barring renewed setbacks to global demand, we expect further appreciation of the CNY for the rest of the year, as well as more appreciation trend-wise later on.

But will the appreciation really be gradual again?

The PBoC seems to have had initial success with its efforts to change expectations in the financial markets for the CNY by engineering a depreciation earlier this year. According to the forward markets, investors are still significantly less bullish on the Chinese currency than before the depreciation in February (see chart below). And on our estimates, net financial capital flows were negative in April-July.

Nonetheless, the spot rate against the USD has shown a remarkably steady appreciation since early June.

The CNY appreciated from 6.25 in early June to 6.15 on 21 August. Having been weaker than the fixing rate (the mid-point of the +/- 2% band) since March, the spot rate crossed the fixing rate last week and is now again in the strong half of the band (see chart below).

Our forecasts and scenarios for the CNY are guided by two strongly-held views.

Net outflows were US$77 billion in the second quarter, on our estimate. Nonetheless, the surplus on the basic balance ensured that even with such financial outflows, the underlying flow on the balance of payment was an inflow of US$35 billion in Q2.

Our preliminary estimates suggest that net financial flows remained substantially negative in July, but that the overall balance of payments was in US$6-billion surplus in July.

Where does this leave us with regard to the outlook for the CNY?

In our view, overall economic policy considerations do not suggest very rapid appreciation ahead. We think China's growth outlook will be reasonable but not convincingly solid and this will prompt the government to keep its overall policy stance pro-growth in order to ensure that its GDP growth target of 7.5% for 2014 is met.

As part of this overall policy stance, policymakers will not want the CNY to appreciate too much until they see a convincing export growth momentum.

What about the rising trade surplus? Policymakers also observe how, at the moment, with exports growing reasonably well and imports very weak, the current account surplus is rising again, re-asserting its role as the key driver of China's FX accumulation.

The trade surplus was at an all-time high of US$ 47 billion in July. China's policymakers are aware of the sensitivities this raises internationally, and this makes them willing to accept more CNY appreciation than domestic policy considerations alone would suggest, in our view.

Indeed, we expect this to have been a factor behind the appreciation in recent months.

In all, barring renewed setbacks in global demand, we expect further appreciation for the rest of the year. If the growth of global trade and exports develop reasonably well in the second half of the year, we expect the CNY (and thus the CNH, the yuan traded and deliverable offshore, mainly in Hong Kong) to appreciate further against the US dollar.

We thus maintain our forecast of 5.98 at end-year.

This is conditional on a reasonable external outlook. If, as cannot be ruled out, the outlook for global trade and exports worsens again, we would expect less appreciation.

Looking further ahead, we still expect trend appreciation of the CNY, basically reflecting faster productivity growth in China than in its trading partners, and the associated warranted rise in relative prices.

However, the longer the PBoC lets the CNY appreciate gradually, the more likely it becomes that the traditional expectations about more gradual appreciation takes hold again.

We cannot be sure, but we think the PBoC would not want to waste the progress made recently in shaking off expectations of a gradual appreciation. It would be wise to let this appreciation over time happen in spurts, rather than via a smooth path.

This article is excerpted from “Alert: China,” a report by Royal Bank of Scotland and affiliated companies that was published on 22 August 2014. It has been re-edited for conciseness and clarity.