Fitch: The Philippine Economy to Perform well Next Two Years 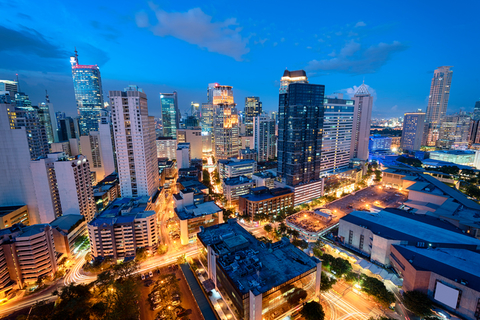 The Philippine economy is expected to perform well in 2019 and 2020 with a GDP growth of 6.7% in both years, despite an inflation rate of 6.7% in September, said Fitch Ratings on Wednesday.

“Headline inflation increased to 4.3% year-on-year in the first half of 2018 from 2.9% in 2017, and we expect consumer price inflation to average around 4.4% percent in 2018, above the the official band of 2%-4% of BSP—the country’s central bank, due in large part to higher commodity prices and a recent increase in excise taxes associated with the tax reform package passed at the end of last year,” said Fitch Ratings managing director and chief operating officer Tony Stringer

However, the one-off impact of the tax hikes is likely to dissipate in 2019, and therefore average inflation is estimated to fall to around 3.8% in 2019, he noted.

“We think the BSP’s cumulative rate hikes of 150 basis points (bps) so far this year should help to keep further inflationary pressures from building up,” he predicted.

The latest preliminary assessment conducted by the ASEAN+3 Macroeconomic Research Office (AMRO) following its visit from Oct 15 to 24 sees the Philippines sustaining its robust growth in 2018 and 2019 due to strong government spending and investment, with economic output projected to expand by 6.5% in 2018 and 6.4 percent in 2019.

According to Stringer, the Philippines remains one of the fastest growing economies in Asia Pacific. “Strong domestic demand will remain a driver of growth in the Philippines, supported by rising expenditure under the Philippine government’s public investment program and private consumption spending which remains supported by remittances,” Stringer said.

Overheating risks in the near term

He warns that although macroeconomic performance generally remains strong, the economy faces some overheating risks in the near term.

However, the Bangko Sentral ng Pilipinas’ (Central Bank) hiking of policy rates by a cumulative 150 bps so far in 2018 should help to keep the pressures under control, he added.

EO 65 also increased foreign participation to as much as 40% in contracts for construction and repair of locally funded public works; and private radio communication networks.

While the global FDI is declining, the Philippines’ FDI is increasing, Diokno said, adding that the easing of rules for foreign investment participation will entice more investors.

Socioeconomic Planning Secretary Ernesto Pernia said in a statement that the signing of the 11th regular FINL “will help raise the country’s competitiveness, and allow us to be closer to parity with other ASEAN member-states by opening up more areas for foreign investment into the country, particularly those that will introduce new technology and stimulate innovation.”

According to Stringer, the ongoing tax reforms undertaken by the Philippine government will lift revenues and make the system more efficient and equitable.

“The increase in tax revenues should enable more investment in infrastructure which we think could encourage more local and foreign investment,” he said.

The lack of adequate infrastructure has remained a weakness and is a factor that affects foreign investment in the Philippines, Stringer observed. “If the [government] authorities’ ‘Build, Build, Build’ program supported an improvement in infrastructure levels, foreign investor sentiment could be influenced in a positive way,” he noted.

The Philippines is planning on raising its infrastructure budget by 4.7% of GDP in 2019, with plans for infrastructure spending to reach an unprecedented high of 7% by 2022.