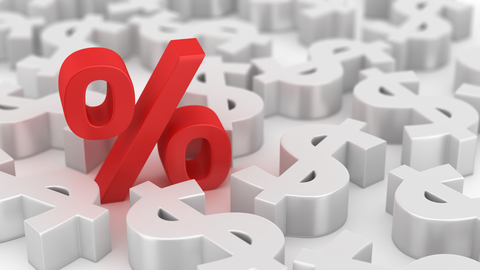 In a widely expected move, the Fed’s policymaking Federal Open Market Committee voted unanimously to keep the target range for its benchmark rate at 1.75%-2% on Wednesday.

However, the committee characterizes the US economy as strong and expects another two rate rises by the end of the year.

“Job gains have been strong, on average, in recent months, and the unemployment rate has stayed low. Household spending and business fixed investment have grown strongly,” the Fed said in a statement.

The US economy grew at 4.1% in Q2, the fastest in almost four years, while unemployment rate is at 4%—lower than the level seen sustainable by the Fed.

The committee noted that its policy stance remains "accommodative", saying that inflation continues to progress near the Fed's 2% goal.

Is the fiscal stimulus working well?

Recently President Donald Trump slammed the Fed for raising rates, breaking with the White House’s practice of not commenting on Fed policy.

While tax cuts in the US are estimated to stimulate economic growth, policymakers expect growth to slow next year as the fiscal stimulus fades.

US businesses during Q2 continued to accumulate cash and short-term investment holdings though at a slower pace than the previous quarter, signaling they were unwilling to invest or spend their growing cash reserves, said the Association for Financial Professionals recently.

According to the organization’s AFP Corporate Cash Indicators—a quarterly survey of corporate treasury and finance executives in the US, 34% of organizations held large cash and short-term investment balances and 29% reduced cash holdings.

Strong domestic employment numbers may have instilled some confidence among business leaders during the spring of 2018, but not enough to encourage them to reduce their cash holdings, AFP noted.

“The U.S. economy may be on solid footing, but treasury and finance executives were not overly influenced by the data,” said Jim Kaitz, president and CEO of AFP. “The uncertainty stemming from threats of a trade war are concerning to business leaders. Additionally, tensions with our allies have exacerbated geopolitical risks. Though organizations have trimmed cash accumulation somewhat their senior management continues to be watchful.”