Failure in Trumpland: Political Reality Trumps Policy Ambition in the US 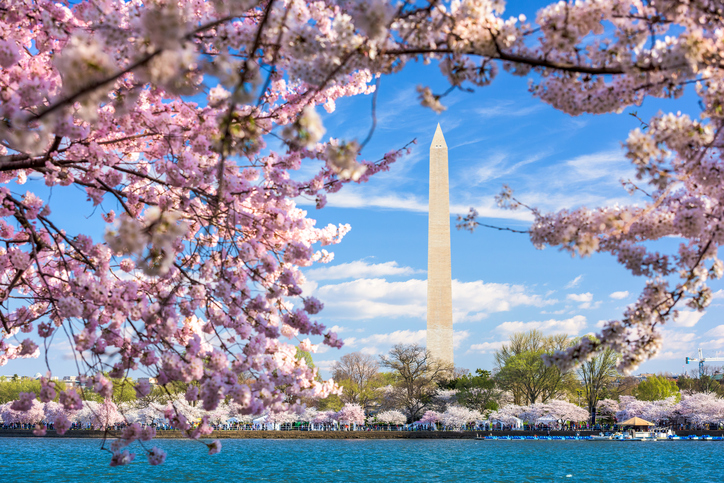 I worked in Washington D.C. for nearly a year when I was with the US Federal Reserve. I interviewed for the role in mid-March, when temperatures were moderate and the cherry blossoms were out. The content of the work was exciting. I was easily sold.

When I reported for work six weeks later, my perspective quickly changed. The heat and humidity were stifling; newcomers to Washington come to realize that the city was built on lowlands.

The oppressive atmosphere extended to the process of governing. I was not naïve to the inhibitions of bureaucracy, but it was very frustrating when viewed from close range.

Treasury Secretary Steven Mnuchin opined that reforming the tax code would be “a lot simpler” than addressing the Affordable Care Act. Not likely

Today, the White House appears to be experiencing a similar voyage of discovery. Elected on the promise to “drain the swamp,” President Donald Trump and his associates now find themselves mired in the same morass that limited the progress of their predecessors.

The optimism among markets, business people and consumers that greeted the new regime may be at risk of dissipating if forward progress cannot be established.

The effort to replace the Affordable Care Act (ACA) was an important test for Washington. Congress had elected to take up this debate first, for both procedural and symbolic reasons. Given negative public sentiment surrounding the ACA, it was seen as the opportunity to establish some momentum behind the President’s economic program.

Instead, the effort ran headlong into two stark realities. First, outright repeal of the ACA would leave many millions of registered voters without health insurance. Efforts to design a replacement were complicated by the tricky tradeoff between coverage and cost that has challenged policymakers for decades.

Secondly, differences between the Tuesday Group (moderate Republicans) and the Freedom Caucus (conservative Republicans) remain nearly impossible to reconcile. With Democrats united in opposition to most of the President’s agenda, infighting on the other side of the aisle makes it difficult to move legislation.

The debate over the ACA was frustrating for participants and observers alike. The outcome does not bode well for the broader challenge of reforming American health care. The 20 million people covered by the ACA are important, but rising health care costs for all 325 million Americans threaten to break the Federal budget.

The ACA debacle also does not bode well for the remainder of the White House economic agenda. A continuing spending resolution will be needed before the end of April to avoid a partial government shutdown. The debt ceiling will need to be addressed later this year. The extremes of partisanship, recently revealed, make both steps tenuous.

Legislative efforts are now pivoting to tax reform. Putting a positive spin on the situation, Treasury Secretary Steven Mnuchin opined that reforming the tax code would be “a lot simpler” than addressing the ACA.

Not likely. In the 104 years since the Federal income tax was first established, the code has become much more than a revenue-generating device. It is also used to promote and discourage certain types of activity and to limit the level of economic inequality. Describing these objectives (some of which are contradictory) requires more than 70,000 pages of text.

Recipients of tax preferences appreciate them, and legislators do too. “Pork barrel” incentives curry favor with local constituents. Lobbyists earn their keep by preserving and extending the system of exceptions. Reversing this will require substantial powers of persuasion, which were not on display last month.

Eliminating tax preferences is essential to broadening the tax base, which would provide room to lower rates without sacrificing too much revenue. But the designs that have been proposed are highly unlikely to pay for themselves, and the deficit hawks in the Congress will want to be heard on this front.

The border tax has been seen as a “pay-for” in the reform package, but its economics and international legality are questionable. Support for it has been waning.

Given the complexities of both the issues and the politics, the chances seem increasingly remote that substantial change will be achieved this year

Seventy five percent of American companies (primarily smaller ones) ultimately pay taxes at individual rates, because they are “pass-through” entities for their owners. Unleashing entrepreneurial energy will therefore require a successful effort to reform the personal tax code.

As this is looking difficult, some have suggested focusing first on the corporate income tax. This strategy would certainly be seen by some as favoring big firms at the expense of the smaller ones.

Given the advancing complexities of both the issues and the politics, the chances seem increasingly remote that substantial change will be achieved this year. And with mid-term elections on the horizon, success in 2018 is by no means assured.

We continue to place very little weight on policy changes in our economic forecast, which is virtually unchanged from its standing of four months ago.

The bond markets seem to have adjusted their expectations in the wake of last month’s failure (long- term interest rates have fallen) and the currency markets have done the same (the dollar is weaker). But US equity prices have held up fairly well, leading some to wonder whether a correction might be at hand.

The cherry blossom season in Washington, usually a big annual event, was curtailed this year. A mild winter invited the buds out early, but a freakish March snowstorm damaged them.

The legislative season may be following that same pattern. The optimism of a Washington spring could be giving way to a big chill.