Is the Emerging Market Currencies Sell-Off Over? 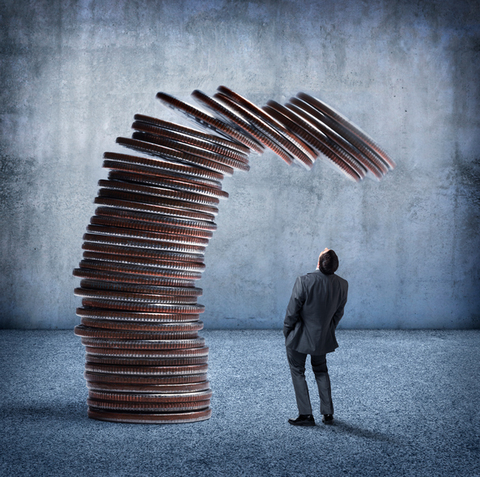 Exchange rates for Indonesia, India and the Philippines have all retreated from their recent highs while local government bond yields are lower, but do all these signal the end of the emerging market currencies sell-off?

While China responded on Tuesday with retaliatory duties to the US’s latest round of tariffs on US$200 billion worth of its goods, emerging markets were not too shocked because they had already taken a dim view of how the trade war would develop.

“The strength of the US dollar from end-April—though connected with Trump's tariffs—could also be viewed as the main catalyst that drew attention to current account deficit countries in the EM universe,” Carnell pointed out.

The greenback’s strength poured fuel on the already flickering flames, he said. “These flames started by interference with the independence of some EM central banks, high external debt, fiscal deficits, and high inflation,” Carnell observed.

Over the last month, however, the US dollar has traded in a fairly tight range, with even some tendency for EUR/USD to test that range's upside, he added.

Support from a steady RMB

Carnell said that the stability shown by the Chinese currency since mid-August after it pared back moves towards USD/CNY7.0, certainly helps to calm the EM world.

In addition, Chinese Premier Li Kequiang said earlier that Beijing will not stimulate exports by devaluing its currency.

“Though this could be viewed more as a backward-looking description of reality than any pledge about the future, it does confirm that for the moment at least, the gravity exerted on other Asian currencies by the RMB is not pulling them weaker,” Carnell noted.

While EM currencies should continue to stabilize or even see some retracement of the move since April because the US’s rising twin deficits weigh on the greenback and the European Central Bank finally moves away from its ultra-loose policy stance, Carnell pointed out that one thing might alter this outlook.

“If there’s a change in views about the Fed, driven perhaps by stronger than expected inflation or wages data, and capitulation by the market, which remains in partial denial of the Fed dot diagram—that diagram is finally beginning to look at if it might not be that far off the mark after all” he said. “I'm not sure that more bad news from EM countries would shift the balance much.

The Fed dot plot—published after each Fed meeting—shows the projections of the 12 members of the Federal Open Market Committee (FOMC), the rate-setting body within the central bank.

Each dot represents a member’s view on where the fed funds rate should be at the end of the various calendar years shown, as well as in the long run.

IIF: Impact on China could have broader repercussions for EM

Institute of International Finance (IIF) warned that the EM is not fully out of the woods as there’s considerable risk arising from China.

“Another round of tariffs could trigger a resumption of RMB devaluation, hit China’s growth, and in turn have broader repercussions for EM,” said Sergi Lanau deputy chief economist at IIF.

Lanau added that China not only faces challenges from the escalating trade war but also the impact of its own deleveraging efforts.

“Deleveraging efforts weighed on the Chinese economy because its growth remains very credit intensive,” he said. “They may have also inhibited the ability of policymakers to use credit as a counter-cyclical tool.

He pointed out that the sharp slowdown in infrastructure fixed asset investment illustrates well the cost to growth of deleveraging. 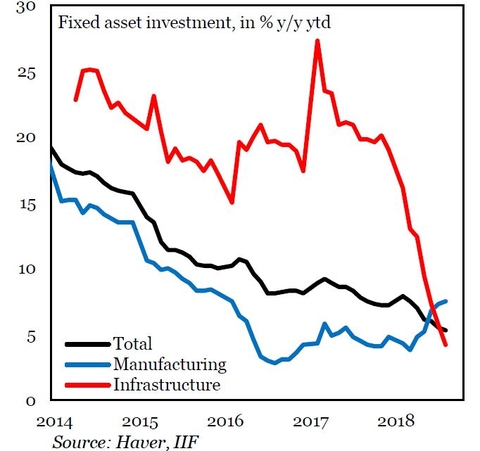 China is set to introduce more measures to promote that among state-owned enterprises, an anonymous source familiar with financial regulatory matters in the country was quoted as saying in China Daily recently.

The country’s regulators will “undertake more supportive measures to overcome obstacles that have hampered debt-reduction problems, and heavily indebted state-owned enterprises will be the key target,” the paper said.

Lower corporate leverage ratios have been a priority in China. While the country indicated last month that it will use monetary policies such as targeted cuts in the reserve requirement ratio (RRR) for banks to support debt-to-equity swaps this year, banking and insurance regulator also said that it will go ahead with deleveraging and reduce external risks.