EM Currencies: Can India, Indonesia, and The Philippines Survive the Storm? 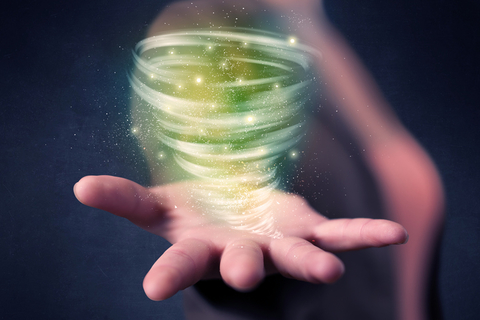 Indian rupee, Indonesian rupiah and the Philippine peso get hit harder than other emerging market currencies this year.

Year-to-date, the Indian rupee has lost 12%, Indonesian rupiah 9% and the Philippine peso 8% versus the US.

The measures announced by India in mid-September were judged inadequate by the market and the consensus is now building up for more aggressive policy rate hikes from the Reserve Bank of India, following the relatively modest 50bp hikes this year, compared to 100bp for BSP and 125bp by Bank Indonesia.

India’s finance ministry announced measures including the relaxation of regulation of foreign borrowing up to US$50 million by manufacturers for a year instead of the current minimum of three years, the scrapping of withholding tax on masala (INR-denominated) bonds, and a possible easing in the current 20% limit on foreign ownership of corporate bonds.

“Global demand has remained solid, and recent sanctions on Iran have weighed sharply on oil supply,” Mapa noted. “The year-to-date 40% increase in the price of oil benchmarks has bloated the import bill of these three net energy importing countries, even as the volume of their energy imports has remained essentially flat.

The oil trade contributes to almost half of India’s trade deficit, underpinning the rupees's abysmal performance this year, he observed.

However, the widening trade deficit of these three countries is also a reflection of their strong growth,to a large extent, according to ING, adding that India, Indonesia and the Philippines are all posting robust growth numbers on the back of strong household consumption and the investment cycle.

“For example, the Philippines has seen a substantial build-up in capital goods imports, ostensibly linked to the accelerated pace of gross domestic capital formation in the first half of 2018,” Mapa said.

Indonesia is also in the midst of an infrastructure drive as President Joko Widodo looks to fuel his re-election bid, although he has sought to cancel many projects in recent months, as the trade deficit widens, he added.

India has seen its import bill increase on the back of strong consumer related imports, in particular smartphones as household incomes continue to rise, and the demand for gold—which isn't really a consumer product—also seen as a hedge against further rupee weakness, Mapa noted.

Riding out the Storm: Would these countries' measures work?

With their currencies weakening, these three countries have deployed a number of offsetting measures.

The central bank of Indonesia (BI), the Reserve Bank of India (RBI), and the Bangko Sentral ng Pilipinas (BSP) have all raised policy rates to help alleviate some currency pressure, said ING, adding that the efforts aren't uniform while some are using other measures in tandem with rate increases to support their currencies.

Indonesia is curtailing investments which are heavily reliant on capital imports, while the Philippines has deployed a program to help corporates hedge their USD requirements.

Despite their external deficits, these three currencies may find some additional support if their central banks shore up investor confidence with coherent and credible communications strategies outlining supportive economic policies along with more rate hikes, Mapa estimated.

“The resulting improvement in investor confidence will support demand for global or corporate bond offerings at lower yields and stronger exchange rates helping these three currencies ride out any future FX storm,” he added.

All the three countries are looking to issue global bonds in the near-term to plug shortfalls in their financial accounts. “As they are now doing this so from a position of weakness, they might have to accept whatever the market gives them,” Mapa said.