Economic Cycles: What should CFOs Prepare for Now? 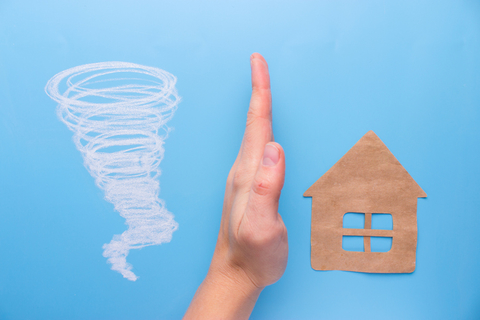 The economic recovery’s forthcoming 10th birthday should be a cause for celebration, as it will then cross the threshold toward becoming the longest expansion in US history. But, like people, expansions can become more fragile over time.

For now, however, most economic indicators look robust: The economy grew at a stronger-than-expected rate of 3.2% in this year’s first quarter,[1] the unemployment rate has only risen slightly since September 2018, when it plunged to a 49-year low;[2] and the S&P Index recently surged to an all-time high.[3]

Yet what appears to be a bright sky looks to many CFOs like an opportunity for dark clouds to move in. In Deloitte’s North American CFO Signals survey for the first quarter of 2019, the vast majority of respondents said they expected either an economic slowdown (74%) or a recession (15%) by the end of 2020.[4] The survey drew responses from 158 CFOs, representing many of North America’s largest and most influential organizations.

Their pessimism isn’t rooted in a vague hunch that the expansion is living on borrowed time. Those CFOs expecting a downturn were most likely to cite three main factors: US trade policy, slowing growth in China and Europe, and the length of business and credit cycles.

And in this issue of CFO Insights, we’ll look at which looming dangers have the combined potential to upend the economy in 2020, what CFOs should consider doing now to prepare their companies, and how a weaker economy requires finance leaders to become stronger decision-makers.

Continue to invest. Purely defensive strategies are typically not enough to propel a business out of the late stages of a downturn and into growth mode

Why the growing may slow
In the CFO Signals survey, 15% of CFOs said they already see signs of a downturn in their company’s operations; that figure was higher among CFOs in the technology and services sectors, both at about 30%.

What CFOs in those sectors may be reflecting is the tension between the world’s two largest economies as they work to negotiate a new trade agreement.

But US/China relations aside, many more already-visible forces threaten to slow economic growth—and are contributing to Deloitte’s forecast that now shows a 90% chance that the US economy will grow at a rate below 1.5% in 2020.[5] They include:

Higher interest rates. While the Federal Reserve has slammed the brakes on interest rate increases for the time being— acknowledging that it was seeing softness in the economy—the central bank had already raised rates four times last year.

The lagging impact of those moves, which were aimed at stifling inflationary pressures before they became serious, has yet to be fully absorbed by the economy. An uptick in rates typically weakens credit market activity.

Tax cuts/government spending. The recent sizable tax cuts and increases in discretionary spending undoubtedly gave the economy a fiscal boost in 2017 and 2018, but the impact of such stimuli has begun waning. Some measures of economic activity have declined in recent months, including growth of consumer spending.

Global uncertainty. In the CFO Signals survey, respondents’ perceptions of Europe declined, with just 16% characterizing its economy as good (down from 23% in the previous survey) and 8% expecting conditions to improve in a year.

Lingering indecision regarding Brexit is sapping consumer confidence and hobbling business activity in the United Kingdom. Meanwhile, China’s slowdown is exerting an impact on much of the rest of Europe—including Italy, which has already slid into recession. That same survey also showed that only 20% of CFOs say they consider China’s economy to be good, the third consecutive quarter that respondents’ assessments of China’s economy have dropped.

Growing debt burdens. The national debt is now rising at a rate of $1 trillion a year. Should the economy face another financial crisis, policymakers may have fewer politically palatable options for generating growth: In an environment where the debt-to-GDP ratio is rising rapidly, there’s likely to be resistance to increased public spending.

Meanwhile, the epicenter of the next crisis could be situated in the highly leveraged corporate bond market, where a growing proportion of new debt being issued is barely investment grade. A sharp drop in bond values could cause credit markets to seize up. (See sidebar, “Is the next economic crisis buried in corporate debt?”)

What the early movers are thinking and doing
In the CFO Signals survey, just under half of CFOs indicated that they have set defensive and/or opportunistic plans for the downturn, and just under 40% said they have already taken action.

In terms of offensive/opportunistic planning, 25% of respondents cited having a detailed plan, with 16 percent saying that they have already taken action.

In terms of the first defensive actions that leaders would take in the face of a downturn, the most common responses revolved around reducing discretionary spending and limiting or reducing headcount.

More than three-fourths of CFOs cited reducing discretionary spending (for supplies, travel, meetings, etc.) as one of their top responses to a downturn. More than one-third said they have already begun to take this action.

The next most frequently chosen defensive actions involved limiting or reducing headcount, with 54% citing hiring freezes/reductions and 38% claiming headcount reductions.

Twenty percent of CFOs indicated they have already begun to undertake hiring freezes/reductions, while 18% have started to reduce headcount.

If any coming slowdown is neither severe nor long-lasting, such cost-pruning measures may be enough to not only sustain many organizations through the decline—but perhaps even equip them with the resources to grab market share from their less-prepared peers.

Should the economy signal the increased likelihood of a full-blown recession, however, CFOs may need to make much more drastic moves, reshaping their own operating models and rethinking the core assumptions upon which they’ve structured their strategic and planning priorities.

What are your playbook options?
CFOs don’t have the luxury of being lulled into believing that the economy couldn’t possibly deteriorate anytime soon. But they also should be prudent about taking measures that will exacerbate the impact of any downturn—and impair their companies’ participation in the subsequent recovery.

After all, such dips typically last no more than 10 months.[6]

It’s also worth remembering that the impact of a down economy will vary depending on the type of business.

While some companies may be experiencing a recession, others may be busy binging on investments.

Nonetheless, most finance executives will want to take steps to ensure their companies have sufficient resources to navigate through the downturn, successfully managing the risks and positioned to emerge from it ready to grow. Among them:[7]

Identify sufficient sources of cash. Doing so may require being prepared to draw down on existing lines of credit or even securing new lines of credit from different banks, but it can assure the availability of short-term funds.

The reason for doing so now? Once banks spot this as a trend among corporate clients, they may renegotiate credit lines or even impose fees to discourage customers from drawing down on cash. Banks may also tighten restrictive covenants on loans, making it more difficult for companies to access them.

Keep a watchful eye on receivables. As the impact of a downturn spreads, more customers may try to offset their financial challenges by stretching out their payments.

By working with a team whose members come from AR, treasury, and other relevant functions, CFOs can identify and address issues in their early stages, reducing the risk of incurring the expense associated with payment defaults and delays.

Secure the supply base. Depending on the severity of the downturn—or the stability of your supply base—there’s a risk that some makers of mission-critical components may be unable to continuously fulfill your company’s requirements.

The increasing use of outsourcing has undoubtedly left companies more exposed to weaknesses in their supply chains.

To ensure business continuity, now’s the time to identify areas where redundancies in the supply chain would be most valuable.

Another option is to provide suppliers with access to sufficient credit to continue operations throughout the slump.

Get proactive about tax planning. In collaboration with the company’s tax director, CFOs should consider looking for ways to reduce cash outlays by improving efficiencies, maximizing credits and incentives, and restructuring the tax function to focus on tightening operations and delivering opportunities.

Continue to invest. Purely defensive strategies are typically not enough to propel a business out of the late stages of a downturn and into growth mode.

Instead, CFOs should consider rolling out new products or services now—whether through M&A or R&D—that can further differentiate the company, sharpening its edge in the marketplace.

Internally, CFOs may also want to ensure that their function has the technology it needs to bring a heightened level of insight and analysis to its work.

Clarity, in fact, may be the most effective weapon that CFOs can wield in a downturn.

As economic changes bear down on the business, a finance leader’s most potent parry may be the ability to deliver actionable insights in a timely fashion.

While attempting to predict the precise schedule of any impending economic shift can sometimes seem futile, the consistent ability to make informed, future-facing strategic decisions should retain its value for a long time.

5 Why 2020 could be a dangerous year for the US economy, Economics Spotlight: October 2018, Deloitte Services LP; https://www2.deloitte.com/insights/us/en/economy/spotlight/economics-insights-analysis-10-2018.html.

6 Recession: How will you play to win? CFO Program, Deloitte LLP, 2009; http://kambil.com/wp-content/uploads/PDF/deloitte/CFO_Recession.pdf.