Donald Trump and Asia: What Is America's Plan for Our Region? 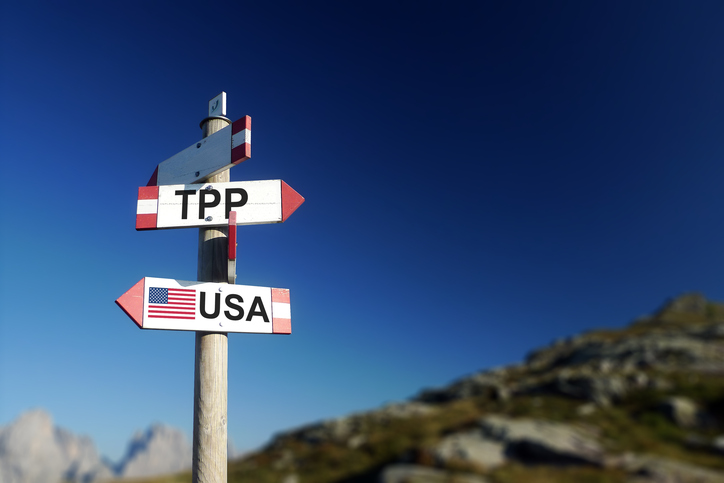 US President Donald Trump has just completed his first foreign trip, a whirlwind tour of the Middle East plus stopovers in Brussels and Rome, and concluding with the G7 meeting in Sicily. Despite unflattering headlines involving French president Emmanuel Macron and Montenegrin Prime Minister Dusko Markovic, foreign leaders whom Trump had met on the trip got to develop a handle on his administration’s foreign policy goals.

However, what the White House plans to do with Asia and ASEAN seems to be out of the President’s personal realm of interest.

The recent tours of Asia taken by Trump’s most senior staff had focused on security issues. Questions on trade and the fallout of America’s pulling the plug on the Trans-Pacific Partnership remain largely unanswered

Killick Datta, Vice-Chair of the American Chamber of Commerce in Singapore, is still hopeful. “It’s been mentioned that Asia’s not been on its list of priorities but you’ve had the Vice President, you’ve had the Secretary of State and you’ve had the Defense Secretary meet with the Chinese and the Japanese and then engaged or at least reacted to North Korea,” he says, pointing to visits to Asia by Mike Pence, Rex Tillerson and James Mattis.

“That was just the first part, because I do believe that [Trump] is engaged with Asia and in many ways.”

The recent tours of Asia taken by Trump’s most senior staff had focused on security issues, primarily American commitment to longtime allies Japan and South Korea. While that has been welcome and perhaps not completely unexpected, questions on trade and the fallout of America’s pulling the plug on the Trans-Pacific Partnership (TPP) remain largely unanswered.

“First of all I think exiting TPP was a mistake,” DBS Bank’s Gupta states. “I think if we waited six months, I don’t think the US would’ve exited TPP as precipitously as Trump did on day one.”

But when asked if companies are now changing long-term planning to adjust to the Regional Comprehensive Economic Partnership (RCEP) replacing the TPP as the main multilateral free trade agreement in Asia, Gupta says he does not think so.

“I don’t think that will happen,” he asserts. “I think like many of other notions on Trump, I think he’ll check the boxes. So you’ll wind up seeing sectoral tariffs or sectoral issues. Steel is one [issue], they’ll impose imports duties on steel [and enact] anti-dumping [laws].

“Look at NAFTA. They started off saying, ‘Hey, let’s get out of NAFTA’ and now they’re saying, ‘We’ll tweak NAFTA.’ So I really think they’ll be pragmatic. I think they will do the things that will allow them to check the box, declare victory but I don’t think you’re going to see an end to global trade.”

Even so, governments are increasingly wary to laud the benefits of free trade. In an APEC Ministers Responsible for Trade meeting in Hanoi earlier this month, the resulting statement delivered softer language regarding protectionism ostensibly in response to Trump’s tough talk on renegotiating trade deals.

According to Control Risks’ Mancini, this could affect the global flow of goods. “I think the big issue that we haven’t yet talked about is supply chains,” she explains. “It’s very politically unpopular to be pro-free trade right now in the US if you’re a politician.”

“But the supply chains are global. Your phone is assembled in China. Americans would say maybe that’s a China issue, but the screens are made in Korea, the processors are in Taiwan.”

“How will that be impacted if changes to the trade regime are made, and also countries like Thailand, Vietnam, Indonesia have trade surpluses with the US, how are those going to be impacted? We just don’t know. I think that’s just something to watch.”

“I think what is interesting with this administration is they’ve introduced for the first time, perhaps ever, the concept of political risk in the US”

Much of the uncertainty is a result of uncertainty in domestic American politics where Trump has lurched from one crisis to another for much of the month of May.

“I think there was Trump the campaigner which had a lot of inflammatory rhetoric, and the first 100 days as we’ve seen have also not had at all a coherent policy agenda that you would think that most presidents’ administration would seek to advance,” says Mancini.

“I think what is interesting with this administration is they’ve introduced for the first time, perhaps ever, the concept of political risk in the US.”

For his part, SMU’s Tang says: “I’m positive about Trump as a president moving forward – but only up to a point.”

“The security dimension is, I think, getting very challenging. Trump announced that if China is not on board, the United States could do it alone in solving the Korea problem, but I think Korea and East Asia are really very different from what we’ve seen in the Middle East.”

“Any unilateral American attack will create consequences that are unthinkable, not only in terms of immediate casualties, destruction for South Korea, Japan and the potential for escalation for conflicts, nuclearisation in Northeast Asia; really, huge, huge security risks.”

Tang concludes: “At this point, Trump seemed to be able to get the Chinese on board to at least tentatively and sort of taking baby steps to put more pressure on North Korea. Now, how North Korea is going to respond is something really very difficult to predict, but I think at least the divergence of the Trump administration and the Xi government in Beijing seemed to have narrowed at this point.”

Even as Trump attempts stave off the constant sense of crisis on Capitol Hill, the panel points to the makeup of his team and his domestic policies as a source of trouble for his administration.

The observation was made that he has three groups around him: the business people, professionals, bankers, ex-Goldman Sachs folks; the generals like Mattis in Defense, and the ideologues that helped with the campaign. It looks like the first two groups are helping drive the policy agenda, but there continues to be a very high degree of uncertainty.

The American Chamber of Commerce’s Datta, who is also CEO & President of fashion wholesalers Global Brand Partners, and who says he has known influential Trump advisor (and conservative ideologue) Steve Bannon for quite some time, insists the Breitbart News founder can be good for the administration.

“I think you have people who are advising him who are very good businessmen,” referring to Bannon and Tillerson, who served as Chief Executive for oil giant ExxonMobil before becoming the American Secretary of State.

“I think sending the 7th fleet over here is no different from sending fleets they’ve sent into the Middle East or anywhere else whenever there’s a hot spot,” Datta adds. “The press is making a lot out of every single movement because they’re trying to figure out what is Trump’s position on just about anything because he’s new to Washington.”

“It took Obama several years before the US came up with the pivot to Asia, so I’m hopeful that the Trump administration could develop something, be clearer with a more coherent approach to the problems and engage with this part of the world”

“So I think I’m still cautiously optimistic about constructive engagement of the Trump administration with this part of the world.”

Going forward, SMU’s Tang says the Trump White House needs to be given more time before it can find its footing on the world stage.

“I think so far Trump has been more focused on an unilateral or bilateral approach, and it is important for the Trump administration to recognize that things in this region are really rather complex and some attention to supporting multilateral institutions would still be critical.”

“It took Obama several years before they came up with the pivot to Asia, so I’m hopeful that the Trump administration could develop something, be clearer with a more coherent approach to the problems and engage with this part of the world. After all, three-four months is not three-four years.”

“So I think I’m still cautiously optimistic about constructive engagement of the Trump administration with this part of the world.”

[email protected] is an online resource that offers regularly updated business insights, information and research from a variety of sources, including interviews with industry leaders and Singapore Management University faculty. The resource can be accessed at http://www.smu.edu.sg/perspectives.