This Crypto Bull Says Bitcoin Will Still Hit US$15,000 in 2018 Despite Recent Crash 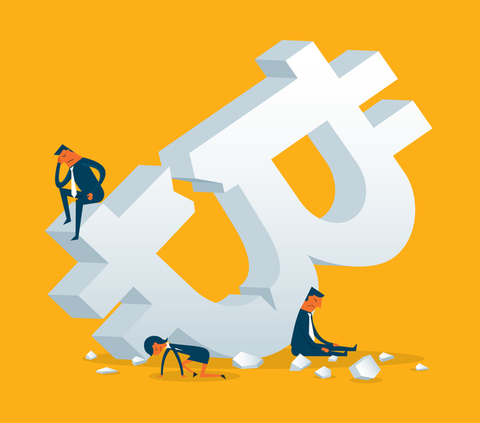 Despite this, prominent Wall Street crypto bull Tom Lee, managing partner and head of research at Fundstrat Global Advisors, reiterated his year-end price prediction for Bitcoin at US$15,000 in an interview with CNBC’s Squawk Box on Tuesday.

The cryptocurrency plunged as much as 16% on Tuesday to its lowest level since Sep 30, 2017, according to data from CoinMarketCap.com.

The sell-off slowed down though after yesterday, now at about US$4,500 at press time.

While Lee’s prediction remains over-optimistic to many, he already cut it down from the original US$25,000.

One reason why he’s holding strong on his prediction is that he believes that traditional institutions such as banks will begin to pile into space as they see lucrative business opportunities arise.

In the interview with CNBC, he said: “Markets around the world are fragile, and panic and sentiment are playing a disproportionate role right now. Does this mean bitcoin is broken? No. The use case is still there, but in the short term, panics are panics,”

The SEC announced its first civil penalties against cryptocurrency founders on Friday as part of a wide regulatory and legal crackdown on abuses and fraud in the industry.