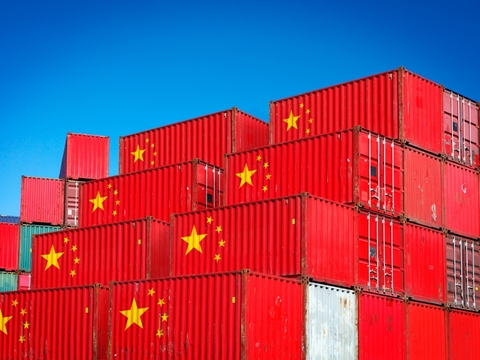 On the 6th July, the United States (US) began imposing tariffs of up to 25% on US$34 billion worth of Chinese imports. This will be followed by additional tariffs of US$16 billion expected on July 20th, in line with the announcements of the May round of negotiations (total: US$50 billion).

US tariffs are focusing on products that benefit from Chinese state support under the “Made in China 2025” manufacturing plan. In retaliation, China has implemented symmetrical measures on US$34 billion worth of US imports, to be expanded to US$ 50 billion.

Subsequently, on the 9th July, the US Trade Representative announced that the US would publish an additional list covering US$200 billion of Chinese products that would be subject to a 10% tariff in response to China’s measures. These would take effect after a public consultation period ending on the 30th August.

The US has voiced concerns surrounding unfair trade practices in China. The most commonly referenced reasons meriting action under Article 301 include state support to Chinese companies in sectors under “Made in China 2025” and unfair requirements for handovers of intellectual property rights (or technology) to joint-venture partners.

Whatever the reason, the US has also started to review Chinese investments. Moreover, they have so far refrained from touting Chinese measures to remove foreign ownership limits in the automotive, finance, and energy sectors as a success.

Most likely, the US is also concerned about the ability of Chinese companies to compete with US interests in third markets. For this reason, the US is pushing for more favorable commercial terms with China, and appears to be using trade as a bargaining tool, even if it comes at a price for the US.

Imposing tariffs on US$200 billion worth of Chinese imports will inevitably have a negative impact on the US economy, as most of these are intermediate goods that are crucial components of American manufactures.

1) A truce ahead of US mid-term elections in November seems unlikely at this juncture, but remains possible. Whether or not both sides manage to reach an agreement, there is no question that the recent escalation of trade tensions is bad news for global markets.

President Donald Trump is likely to impose additional tariffs on US$200 billion worth of Chinese imports – something that China will be unable to match, as it does not import that much from the US (US$155 billion in 2017).

This means that China will have to resort to non-tariff actions, including potential measures on individual US companies with a large presence in China.

China, the largest regional player, is the biggest trading partner of numerous countries in the region. A decline in activity in China will also spell a decline in Chinese demand for Asian exports

2) The impact of tariffs on China is expected to be muted. As a rule of thumb, a 1% increase in tariffs leads to a decline in exports of 1.4% on average, according to the correlation between exports and tariffs calculated by French think tank CEPII (Bénassy-Quéré, 2018).

China’s economy is not as export-oriented as it once was, with exports accounting for 20% of GDP in 2017 versus almost 40% in 2006. While this impact is not negligible, it is manageable given the right policy response.

Secondary effects could be more significant if trade woes have negative spill-overs on investments. Fixed-asset investments slowed to 6% in the first six months of 2018, compared to 8.6% during the same period last year.

3) Some sectors will be impacted more than others. Liquidity conditions have become tighter in the past months, in particular for small- and medium- sized enterprises (SMEs), which have typically only been able to access financing at much higher rates.

Export-oriented sectors containing a large proportion of SMEs whose turnover is significantly from the US (more than 30%) are most at risk. This is especially the case for sectors where overall leverage levels are high. The main sub-sectors under pressure include: electrical manufacturers, automobile components, machinery manufacturers and construction equipment.

4) Negative spill-overs to other Asian countries: Trade woes will have negative spill-over via trade and supply chain links. China, the largest regional player, is the biggest trading partner of numerous countries in the region. A decline in activity in China will also spell a decline in Chinese demand for Asian exports.

On the other hand, China has reduced tariffs on a series of agri-food imports from India, South Korea, Bangladesh, Laos and Sri Lanka. It’s expected that agri-food companies (notably soybeans) in these economies will benefit from better access to the Chinese market.