Counting the Cost to Business of Japan's Earthquake 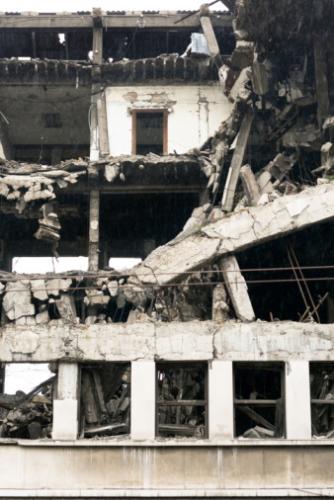 When news came on March 11 that Japan had been hit by an 9.0-magnitude earthquake, the strongest ever recorded in the country’s history, CNBC business anchor Larry Kudlow had this to say: “The human toll here looks to be much worse than the economic toll and we can be grateful for that.”

“The human toll is a tragedy, we know that,” the U.S. TV commentator hastened to add. “But these markets, all these markets – stocks, commodities, oil, gold – there is no major breakout or breakdown. I have to look at that positively.”
Kudlow could have articulated his thoughts more sensitively. But as the events in Japan unfolded and even as they expressed sympathy and shock for the loss of lives, business executives would have wondered at the back of their mind what the impact will be on the global economy and their company.
There is no dishonour in thinking about your shareholders, employees and other stakeholders, including yourself and your job, in times of tragedy. Even as they extend help on the individual and corporate level, Asia’s businesses are surely right to sit down and assess how the quake and tsunami in Japan, and the potential meltdown in nuclear facilities there, would affect the bottom line.
Global Impact
The full extent of the disaster and the economic impact on Japan and the rest of the world have yet to be quantified. We do not yet know the full severity of the damage, Nouriel Roubini said on Bloomberg Television. The New York University professor is credited for being among the few economists to correctly predict the global financial crisis.
“But in the short term, whenever you have shocks like this, such as the earthquake in Kobe in Japan in 1995, you have a weakening in economic activity,” he said. “So you have a slowdown in output in the same quarter. But then over time, if there is a massive amount of fiscal stimulus to rebuild infrastructure, there could be an economic recovery over the near term.”
Japan accounted for just 7.9% of world GDP in nominal terms last year and, before the quake, was expected by the International Monetary Fund to grow only 1.5% this year. But don’t forget that it is “still the world’s third-largest economy and the world’s fourth largest exporter and trader,” Carl Weinberg, chief economist at U.S.-based High Frequency Economics, told Bloomberg in a separate interview.
“I don’t [yet] know what the damages to the ports are, but if they can’t get their goods out the door, how are they going to export? If they can’t get petroleum in to run their industry, how are they going to make things?”
“There’s a lot of unknown unknowns, but it’s not hard to come up with a scenario in which the biggest earthquake ever recorded in Japan’s history, hitting major population and industrial centres – you don’t have to imagine hard to come up with a bad scenario out of this,” Weinberg said. “The flow of economic relationships with Japan is impacted by this and it’s going to affect everybody.”

Like other economists, both Roubini and Weinberg flag Japan’s parlous fiscal position as a big concern – the budget deficit is equal to a very high 10% of GDP and government debt is nearly 200% larger than GDP.  “The fiscal deficit will go up and nothing good will come from that,” said Weinberg.

“If they have to borrow abroad, like the U.S. does, they’re going to have to pay global interest rates, and that means . . . yields on JGBs (Japanese Government Bonds) may have to double or maybe even triple, and that’s a big shock to Japan’s domestic financial system.”
But Tom Byrne, Senior Vice President at Moody's Investors Service, does not believe that the disaster makes a fiscal crisis in Japan imminent. "The country's deep and liquid government debt market will likely continue to fund government deficits, and even a larger deficit as a result of the earthquake, at an exceptionally low cost," he writes in a March 14 report.
However, Byrd recognises that "a tipping point may be reached at some point if the market loses confidence in the soundness of government finances, and demands a risk premium on government bonds." It is possible that the earthquake may shift this potential tipping point "a bit forward," he warns, "unless Japan's political parties are galvanized by the crisis to also address the country's long-term fiscal challenges."
Silver Lining
Other observers see a bit of a silver lining for the global economy. “Japan is one of the largest economies in the world, so right now [the earthquake] may ease some of the global inflationary pressures because  it lowers the demand for oil and materials,” Patrick Legland, global head of research and strategy at Société Générale in Paris, told Bloomberg.
There are more optimistic voices, even though they are still waiting to see the extent and severity of the damage. In a note sent to clients on March 11, Bank of America Merrill Lynch Japan economists Masayuki Kichikawa and Setsuko Yamashita pointed out that the Japanese economy did not contract after the 1995 Kobe earthquake because factories outside the affected area were able to make up for lost production. The 2011 disaster may shave only 0.2 percentage point from GDP growth.
“My expectation is that we’re talking about one or two quarters of downturn in Japan and that has no long-term impact,” Komal Sri-Kumar, chief global strategist at TCW Group in the U.S., told Bloomberg. “If you look at the history of earthquakes, they rarely cause permanent downturns in an economy and often the rebuilding efforts give rise to renewed economic activity.”
Some businesses may, in fact, benefit. When rebuilding efforts begin in earnest, makers of steel, cement, concrete, wood and other building materials will see increased orders. Architects, engineers, contractors, manual workers and others in the building trade will be in demand. Banks and other financial institutions will be busy lending and packaging deals.
Overseas oil refiners, particularly those near Japan, are also seen as potential gainers. Japan is estimated to have temporarily lost 20% of its crude refining capacity as major refiner Cosmo Oil grapples with a fire and other facilities temporarily closed to assess the damage from the quake.
The country’s utilities may have to import higher volumes of oil to fire up their non-nuclear facilities. Eleven of Japan’s 53 nuclear reactors, which generate more than a third of the nation’s power needs, have been shut down. Two reactors in Fukushima prefecture, 217 kilometres north of Tokyo, are in danger of melting down, forcing the evacuation of thousands of people living within a 20-km radius.
Insurance and Supply Chains
Other companies should be preparing to absorb some hits. Insurance companies are obviously among them. According to AIR Worldwide, a U.S. provider of risk modelling software and consulting services to the insurance sector, there is about US$300 billion of insured property in the areas in northern Japan that are most affected by the earthquake and the tsunami.

Dr. Jayanta Guin, AIR senior vice president of research and modelling, told the Wall Street Journal that US$24 billion of insured property is likely located within three kilometres from the shore. About US$5 billion of insured property lies one kilometre from the coast, close enough to have been possibly engulfed by three-storey high waves generated by the earthquake.

No one yet knows for sure how much in claims insurers will need to shell out, but estimates currently range from US$10 billion to US$50 billion.
Meanwhile, the world’s makers of consumer electronics, automobiles, auto parts, steels and other products should brace for supply chain disruptions as their suppliers in Japan face production, energy and logistics difficulties caused by employee casualties, lack of electricity and damage to ports and other transport facilities, reports the Wall Street Journal.
There may be temporary shortages and volatile pricing in the short term, particularly in flash memory chips needed by hot products like the iPhone and the iPad. About a third of global production of the chips is produced in Japan. Capacitors and resistors for automobiles, which were already in short supply before the quake because of a strong recovery in auto sales in the U.S. and elsewhere, are also produced in Japan.
It is still very early days and the damage and cost from the natural disaster may turn out to be lower than feared. But businesses should be prepared for all eventualities. Coming soon after another massive earthquake in New Zealand and serious flooding in Australia, the Japanese quake and tsunami appear to indicate that 2011 may be a year of natural disasters.
It will not hurt for companies to take a long and serious look at their current disaster preparedness, hedging strategies, insurance coverage, disaster recovery management and other contingency planning.
About the Author
Cesar Bacani is Editor-in-Chief of CFO Innovation.
Read more on
procurement insurance economic outlook planning