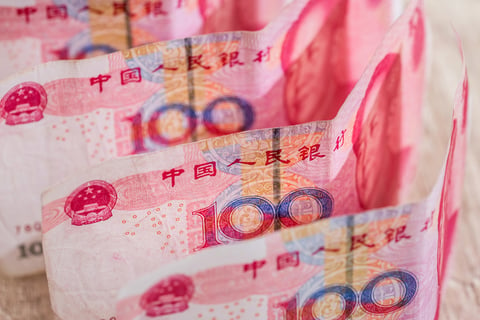 The Chinese currency has hit its lowest level since January 2017 after the Treasury Department in the US declines to label RMB a currency manipulator but said its recent weakness is a concern.

The RMB has already dropped 7% against the greenback since mid-June.

The renewed weakness once again raises the concern over when the RMB will breach the key psychological level of 7—the lowest in a decade.

“Of particular concern are China’s lack of currency transparency and the recent weakness in its currency,” Treasury Secretary Steven Mnuchin said in a statement on Wednesday.

The Treasury Department said the currency’s weakness will likely exacerbate China’s large bilateral trade surplus with the US. Last year the US had a US$375 billion deficit with China.

The department added that direct intervention by China’s central bank has recently been limited and the US is deeply disappointed that the country doesn’t disclose its foreign exchange intervention.

The US Congress requires that the Treasury Department report on foreign currency practices twice a year.

The meeting is seen by some analysts a reason why Mnuchin refrained from calling China a currency manipulator.