China’s Once-in-Five-Years Congress: How Decisions Will Affect Your Business 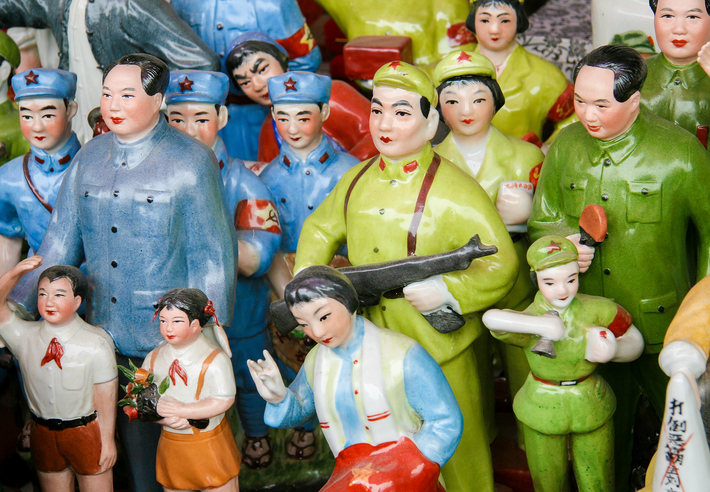 There are signs of a lack of consensus at senior level about issues like SOE reform and closing unviable companies. We expect reforms to continue, gradually, but see little appetite for steps that are economically or politically risky

At the 19th National Congress of the Communist Party of China, which starts on October 18, President Xi Jinping is expected to tighten his grip on power by having allies promoted to senior party and government positions. His keynote policy speech on the first day will set out the leadership’s priorities for the next five years.

So what is Xi’s likely vision for the world’s second-largest economy? In this Research Briefing, we outline our expectations for the economic policy priorities that will be unveiled and how we think they will actually affect policy implementation after the Congress.

What is on the National Congress agenda?

The National Congress, with its 2,300 delegates, will probably last about a week and will kick off a new five-year cycle. The gathering will approve several policy documents, including the key one to be delivered by Xi on the first day.

High level policy documents matter more in China than in many other countries. They are the result of months of negotiations and form the basis of policymaking by a vast government apparatus.

The recent experience shows how important these documents really are. The 18th Congress report, presented by Hu Jintao, Xi’s predecessor, in November 2012, focused on:

These have formed the policy backbone over the last five years.

At this point, the key questions around the 19th National Congress are: What will Xi’s keynote speech focus on? What will the actual impact on the economy be?

To start with the first question, in line with historical practice, the focus will be influenced by that of the documents of the third plenum (the November 2013 “reform blueprint”), the 13th Five Year Plan and recent policy documents such as that of the recent Financial Work Conference.

Thus, Xi’s report will likely confirm long-term objectives, notably a “moderately prosperous” society and a doubling of GDP between 2010 and 2020.

In line with recent trends and policy statements, overall credit growth will slow only modestly, pointing to further increases in leverage, and thus in financial risk, in the coming years

Some observers expect major policy changes after the so-called plenum, anticipating a greater willingness for bold reform and a more forceful reining in of credit growth.

We don’t share these views. We think that such expectations are based on a misinterpretation of the leadership’s views. It is true that, as stressed in policy documents such as the “reform blue print”, China’s leadership is interested in market-oriented reform in several areas of the economy.

But according to the same documents, including the November 2013 one, the ultimate objective of reform is to strengthen the existing “Socialism with Chinese characteristics”. This includes, notably, “a dominant role for public ownership”, and adherence by all key actors, including SOEs, to (Communist) Party leadership. That is important context when thinking about the shape of likely economic reform in China.

Moreover, Xi Jinping has increasingly stressed the importance of “stability” on all fronts. Bold, potentially disruptive economic reform and forceful deleveraging are not consistent with stability. Also, there are signs of a lack of consensus at senior level about issues like SOE reform and closing unviable companies.

In all, we expect reforms to continue, gradually, but see little appetite for steps that are economically or politically risky.

Taking into account the leadership’s priorities and the political economy of reforms, we expect more progress in some areas than in others.

Areas where we expect swift progress include innovation, “Made in China 2025” and moving up the value chain, One Belt, One Road, and reducing pollution and environmental degradation.

Areas where we think the political economy will continue to imply slower progress are:

A somewhat lower GDP growth target for 2018 than this year’s, with the leadership probably accepting growth falling somewhat below 6.5% in 2018. We forecast 6.2%.

Continued focus on reining in financial risk and reducing leverage in parts of the financial system, notably by tighter regulation and supervision, in line with the outcomes of July’s Financial Work Conference.

But, also in line with recent trends and policy statements, overall credit growth will slow only modestly, pointing to further increases in leverage, and thus in financial risk, in the coming years.

No rapid financial reforms. The Financial Work Conference reconfirmed the objectives of opening up financial markets, capital-account liberalization and RMB internationalization. However, it emphasized the need for a gradual approach and “appropriate sequencing”, thereby confirming our outlook of no significant reform on exchange rate flexibility and/or capital-account opening in the near future.

Reform of state-owned enterprises (SOEs) to gather some pace, notably by means of changes in shareholding structures and M&A, as well as by measures to improve “operational efficiency”.

Moreover, a stronger push to reduce pollution is likely to accelerate cuts to capacity and production in heavy industry, where many problem firms are state-owned. Environmental protection has become a priority in large part because of heightened awareness and concerns among the public.

The government wants to see progress even if that means economic costs.

However, progress towards higher efficiency and profitability of SOEs will remain constrained by a lack of consensus on how fast to close inviable companies and objectives such as creating national and international champions and strengthening the role of the Communist Party in SOEs.

The powerful Standing Committee currently has seven members, five of whom will be replaced, because of (unwritten) rules that members have to retire when they reach the age of 68

Further progress on “new urbanization” - enabling migrants to live and spend like normal urban citizens – which requires urban residency and access to public services in urban areas. The government has targets for granting urban residency, rebuilding “run down” areas and migration. The 13th
Five Year Plan targets an urbanization rate of 60%, up from 55% in 2015, with 45% of the total population registered as permanent urban residents.

However, the “new” urbanization can only work well if reforms take place in the intergovernmental fiscal system to enable local governments to provide public services to the newly urbanized migrants. While some steps are being made, progress on this front is likely to remain slow.

In all, after the 19th National Congress economic policy is likely to remain characterized more by stability, rather than accelerated change and reform.

So what happens after the 19th National Congress?

According to protocol, immediately after the National Congress, during the first so-called plenum, the new Central Committee of the Communist Party of China (comprising around 370 people), is scheduled to endorse the composition of the new Standing Committee of the Political Bureau, the highest organ in the party.

The Standing Committee currently has seven members (that number will probably not change), and five of them will be replaced, because of (unwritten) rules that members have to retire when they reach the age of 68 (the Political Bureau itself has 25 members).

The first plenum will be followed by a period of discussions on reshuffling other senior positions, especially at the provincial and local government level. These appointments will be made during the second plenum, typically held in February, before being approved by the National People’s Congress at its meeting in March next year.

The annual policy cycle implies active work on policy formulation from November until early March, including a Central Economic Work Conference in the first half of December, where some of the major outlines for economic policy for the next year are set.

The procedures call for a third plenum, likely in October 2018, to discuss more concretely major policy issues and economic reforms over the coming years. The fifth plenum, held two years before the next National Congress, i.e. in 2020, is also important as it will discuss the scope and direction of the next 14th Five Year Plan.