China’s Market Rout: Worry About the Policy Direction, Not the Stock Index 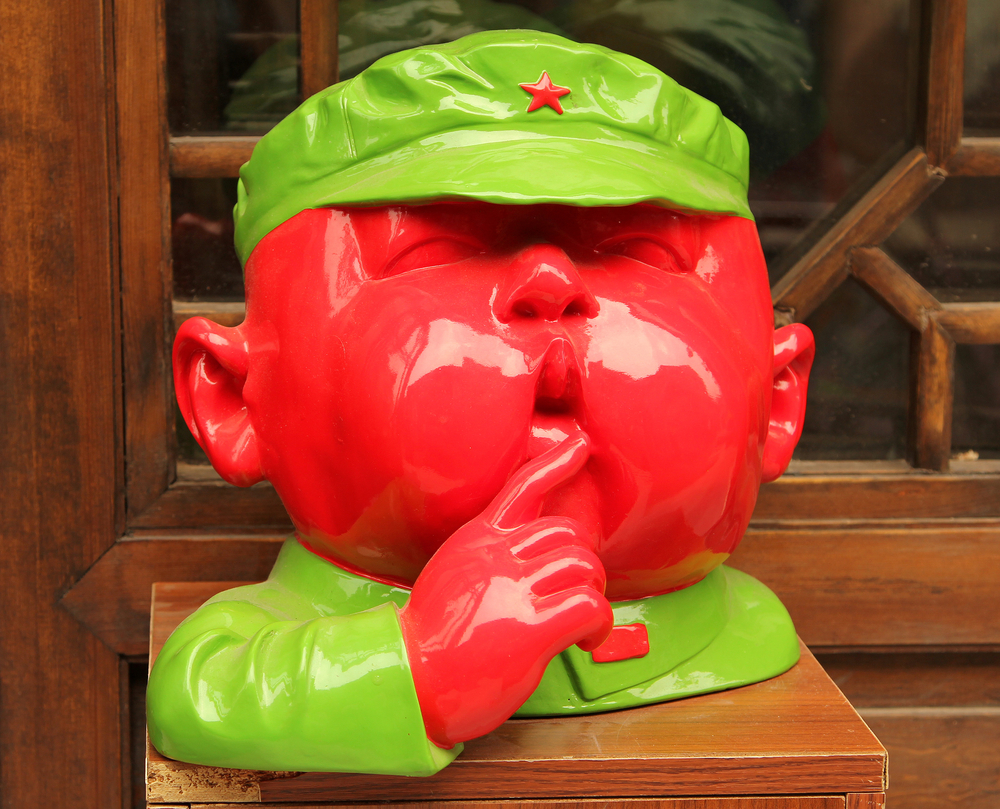 However, some of the recent policy moves on the stock and FX markets are indicative of tension between the leadership’s desire for market-oriented reform and the apparent fundamental objective of control by the government and, ultimately, the Party.

The response of international markets may in part reflect rising worries about this tension. How this tension will be resolved in the coming years will be central to China’s economic development and thus will have major global ramifications.

We do not expect China’s equity market slump to have a major impact on its real economy. Wealth effects are low in China because the percentage of households who own equity and the share of equity in household wealth remain modest

China’s stock market has had an awful start to 2016. In the first week of January, the newly introduced ‘circuit breaker’ – which called for a close of the market for the rest of the day after a fall of 7% of the CSI 300 Index – sent traders home twice.

In a rapid U-turn the ‘circuit breaker’ was removed after that, but on 11 January the Shanghai index fell another 5.3%, bringing the year-to-date decline to 15%. The Shenzhen index is down a whopping 20%.

The rout took place amid still high valuations, outside of banking stocks, and fragile sentiment (with news on the economy remaining mediocre), as well as anxiety about the expiration of a ban on sales of shares by majority shareholders and the prospect of new IPOs.

The equity market apparently also in part reacted to developments on the FX market. Last week the renminbi spot and fix depreciated 1.6% and 1.1%, respectively, leading to fears that the People’s Bank of China (PBoC) would allow more substantial CNY weakening.

It seems that, nowadays, when China sneezes the world catches a cold. In response to the turmoil in China, global stock markets sold off heavily, with the MSCI world equity index down over 6% through January 11. Also, Asian currencies (apart from the yen) and those of other emerging markets have weakened considerably.

No major impact on real economy

China’s capital markets are still largely shielded from global markets, limiting the room for financial contagion. The main channel through which turbulence in China affects global capital markets is via the real economy (given its huge influence on world trade) and sentiment about its prospects.

Thus the global equity market’s response in recent days probably reflects worries about what China’s stock market slump says about its economy and/or concerns about economic policymaking in China.

We do not expect China’s equity market slump to have a major impact on its real economy. Wealth effects are low in China because the percentage of households who own equity and the share of equity in household wealth remain modest.

It is true that weakened confidence could affect consumption and investment, with additional impact on investment because of delays in IPOs (the government announced last week that the launch of a new, simplified IPO system has been suspended). This will frustrate efforts to increase the role of equity financing, which was meant to help deleveraging the economy.

But, as shown in the wake of earlier stock market routs, including the one in mid-2015 (when the Shanghai composite fell by 34%), the impact on growth should be small in macro terms (see chart below).

The stock market and the real economy 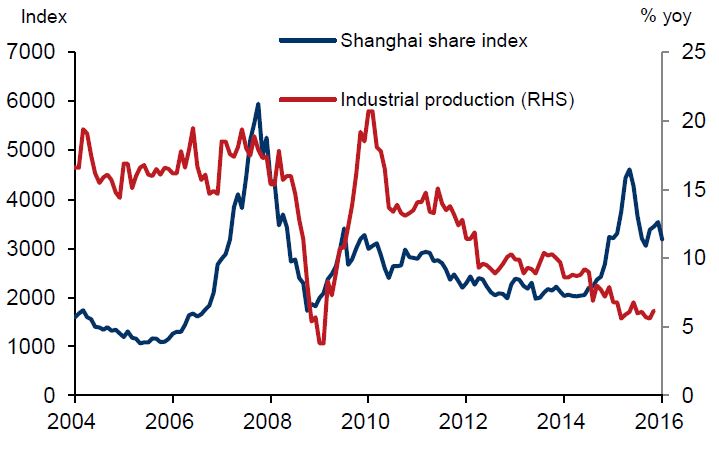 We also do not think that the stock market rout reflects a sudden worsening of economic growth dynamics.

The current growth outlook is nothing to write home about and we expect GDP growth to slow further in 2016 to 6.3%. But, as in the summer of 2015, there have been no signs of a sharp deterioration in growth dynamics around the turn of the year.

Recent indicators are mixed, with the manufacturing PMIs down in December but steel prices trending up since early December, albeit dipping modestly last week.

China’s December trade data was reassuring, indicating that, despite the turmoil on the stock and FX markets, growth dynamics in the real economy are evolving more gradually and may actually be improving somewhat.

Headline goods import data was still down 7.6% on the year, due to year-on-year import-price declines that we estimate at 14%. But import volumes have started to improve. We estimate they were up 7.5% y/y in December.

Moves in China’s still underdeveloped stock market are typically not driven by economic fundamentals. With a relatively large influence of retail investors and high turnover, large ups and downs are sometimes driven by factors such as expectations of new supply of shares, sentiment and ‘herd’ behavior.

During 2014 and parts of 2015, equity prices surged, seemingly because of such factors and despite poor dynamics in company earnings.

The events so far in 2016 have raised further questions about the credibility of economic and financial policymaking. This is especially true in the case of the equity market, where regulators have arguably paid more attention to achieving a high market index than to improving the functioning and regulation of the market.

Recent policy moves with regard to the CNY have been more sensible, notably the shift in focus from its performance against the US dollar to that against a basket of currencies announced in December, and the apparent policy of aiming for broad stability of the basket.

However, the PBoC’s communication on its monetary and exchange rate policies still leaves much to be desired. In this environment, markets second-guess the central bank’s intentions, and at times of turmoil and fears, these guesses can assume the worst.

Also, the heavy handed way in which the PBoC has tried to close the gap between the CNY and the CNH (the offshore version of the CNY) must have damaged confidence. It apparently suspended a few foreign banks from settling offshore clients’ yuan transactions in the onshore market it had created.

Tension between reform and control

By themselves, the policy moves of recent weeks do not seem to warrant the skepticism and doubt suggested by the behavior of equity markets. Indeed, we think that global markets have overreacted.

However, in some ways what has happened with regard to the stock and FX markets is indicative of a broader issue.

Under the current leadership, the tension between the desire to pursue market-oriented reform and the apparent fundamental objective of retaining control of the economy by the government and, ultimately, the Communist Party, has become much more pronounced. It could be that the global market response in recent days in part reflects rising worries about this tension.

While we have done extensive work on the global ramifications of a hard landing in China, we expect that the government will be able to avoid such a hard landing and even make some progress with reforms in the coming years.

However, we are concerned about the tension between market-oriented reform and the apparent fundamental objectives of the leadership. How the relationship between the state and the market will evolve in the coming years is key to China’s economic development and obviously has major global ramifications.

Louis Kuijs is Head of Asia Economics at Oxford Economics. This article is excerpted from China: Worry About Policy Direction, Not the Stock Index, a Viewpoint report published on 11 January 2016.