China’s GDP Growth Slows to 7.3 Percent, But All Is Not Lost 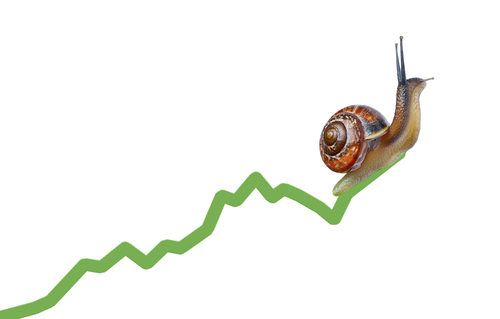 China's GDP growth slowed to 7.3% in the third quarter, from 7.5% in the second quarter, as the real estate downturn and weak corporate investment took their toll – although September showed some pick-up in growth.

Decent exports and the fact that there is more to China’s domestic demand than real estate dampened the overall slowdown.

Looking ahead, we expect the recent pattern to continue, with the real estate weakness weighing on the economy in 2015, keeping the growth outlook subdued, but not alarmingly so.

Barring a major further slowdown we expect the policy stance to remain relatively restrained and forecast 7.2% GDP growth for the fourth quarter 2014, leading to 7.3% for the year as a whole.

Factoring in continued downward pressure from real estate and somewhat better global trade growth, we forecast GDP growth of 7.2% for 2015.

China's GDP growth fell from 7.5% year-on-year in Q2 to 7.3% in Q3 (see table below). This is above our forecast and Bloomberg consensus.

The slowdown was led by weak investment, especially in real estate. Overall nominal fixed asset investment growth fell from 17.1% year-on-year in Q2 to 14.4% in Q3.

With housing sales down 12.1% year-on-year in September, a substantial stock of unsold housing still remaining and amid falling housing prices, we expect growth in fixed asset investment in real estate to have remained weak in Q3.

We do not expect a quick turnaround in real estate. But supported by social housing construction, housing starts momentum picked up in Q3 after the earlier plunge (see chart below).

The measures included lower minimum down payments and interest rates for mortgages, as well as calling on banks to support the funding needs of "quality" developers.

We think these measures will help improve sentiment and sales. However, given the lackluster sentiment, weak sales momentum and sizeable inventory of unsold housing stock, we do not expect this pick-up in the momentum of housing starts to turn into a decisive recovery in real estate construction any time soon.

With real estate activity so weak, why is GDP growth not even much lower?

On our estimates, national accounts-type real estate investment accounted for 12.7% of GDP last year, of which 8.7 percentage points was in residential real estate.

However, in our view, it is useful to keep in mind that there are other sizeable domestic drivers of growth and that these drivers (such as infrastructure and consumption) have held up much better than real estate.

Infrastructure investment remained reasonably robust at around 19% in Q3 on our estimates, reflecting a supportive policy stance.

On the other hand, growth of fixed asset investment in manufacturing fell to 12.3% year-on-year in Q3, held back by pressure on profits, continued overcapacity problems in several sectors and an unclear demand outlook.

Consumption growth held up reasonably well. According to the latest household survey by the National Bureau of Statistics, household consumption fell from 10.8% in Q2 to a still-solid 9.3% year-on-year in Q3.

Consumption is being supported by continued robust income growth in a labor market that is still holding up well. The average monthly income of migrant workers increased 10% year-on-year in Q3, after Q2's 10.3% year-on-year rise.

The strength of the labor market is important since – as Prime Minister Li Keqiang and other senior leaders emphasized recently – it makes senior leaders more tolerant of somewhat lower GDP growth.

Export growth rose significantly in Q3. In USD terms, export growth rose from 5% year-on-year in Q2 to 13% in Q3, thus vastly outpacing overall world trade growth. In part, this reflects a good competitiveness position and a favorable export composition, with a high share of electronics.

However, amid the unimpressive global trade momentum, it is unlikely that exports will maintain such momentum.

Overall, such a pattern of growth – with particularly weak investment in real estate and of corporates – depresses imports.

What About Consumer Prices?

Core inflation remained roughly unchanged at 1.6% year-on-year in Q3, compared with 1.7% in the first half.

Based on the current growth momentum, the outlook for organic growth and our understanding of the leadership's approach to macroeconomic policy, we forecast 7.2% GDP growth for the fourth quarter of 2014, leading to 7.3% for the year as a whole

But with the recent renewed fall in many global commodities' prices, the decline of the PPI actually gathered momentum throughout Q3. After falling on average 1.1% year-on-year in July and August, the PPI fell 1.8% year-on-year in September.

Total social financing in Q3 increased by only RMB 2,281billion, less than half of the rise in Q1 and Q2. For September alone, TSF rose RMB 1,084 billion, one-third less than a year ago.

In addition, the momentum of corporate bond financing decelerated.

In our view, the impact of the slowdown in total social financing on the economy is less painful than the numbers suggest. Tighter regulation of shadow banking activity is likely to have brought some off-balance sheet credit back to banks' loan books, possibly cutting layers of intermediation.

The outlook for organic growth is subdued, but not alarming. Dragged down by the real estate downturn and weak corporate investment, the growth momentum is clearly subdued. But as indicated by the pick-up in September, it is not weakening for now.

Looking ahead, we expect growth to remain subdued through 2015, but not to deteriorate significantly.

As to key drivers, in spite of the recent measures, we do not expect a recovery in real estate construction anytime soon. However, we think fundamental demand for housing, driven by urbanization and continued household income growth, remains sizeable, providing a floor under the market.

Moreover, as also noted above, there is more to China's domestic demand than real estate and we think several other domestic growth drivers remain broadly intact, especially consumption and urbanization.

Meanwhile, forecasts for global activity and trade – such as those by the IMF and the World Bank – suggest improvement throughout 2015. We believe export growth will remain respectable in the coming quarters but, following repeated disappointments on this front, we are not convinced about a material improvement in the global demand picture.

Barring a major further slowdown, we expect the policy stance in China to remain relatively restrained. We expect it to remain supportive of growth, through the stimulation of infrastructure investment, further relaxing of property market policies and more "targeted" monetary easing steps – following recent measures to aid the property market and liquidity injections to various types of banks.

However, senior policymakers, including Prime Minister Li and Finance Minister Lou, have declared that they can accept GDP growth to undershoot their target somewhat, as long as labor market and household income developments remain satisfactory, which is the case.

Thus, in our view, they will not resort to more significant and higher profile measures unless growth takes another turn for the worse.

Based on the current growth momentum, the outlook for organic growth sketched above, and our understanding of the leadership's approach to macroeconomic policy, we forecast 7.2% GDP growth for the fourth quarter of 2014, leading to 7.3% for the year as a whole.

Factoring in continued downward pressure from real estate and somewhat better global trade growth, we forecast GDP growth of 7.2% for 2015.

If growth takes another turn for the worse, we can imagine more significant, higher profile measures. This could include a cut in benchmark lending rates.

What does all this mean for the CNY? Domestic considerations – weak growth and pressure to ease the policy stance – do not seem to warrant much appreciation of the currency.

However, as shown above, exports are not China's problem. Indeed, with a composition of domestic demand that is not import-intensive, the trade surplus is rising again – it doubled in Q3, year-on-year.

In our view, this will keep the pressure on for further appreciation. As of now, we keep our forecast for the CNY spot rate unchanged, with a target of 6.05 against the US dollar at year-end.

This article is excerpted from “Alert: China,” a report by Royal Bank of Scotland and affiliated companies that was published on 21 October 2014. It has been re-edited for conciseness and clarity.