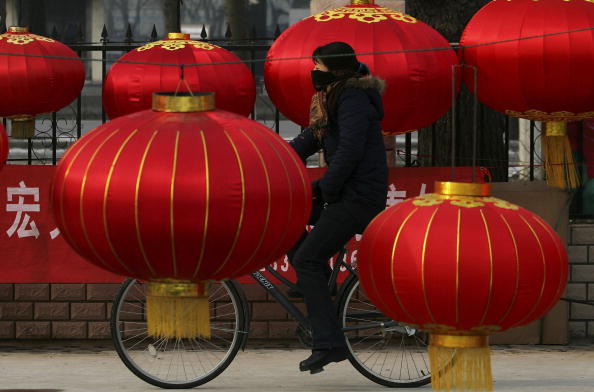 China’s Purchasing Managers Index (PMI) rose in May, indicating that growth in industry has picked up. This reflects somewhat better global demand and the easing of macro policy in recent months.

These factors have offset the impact of a cooling real estate sector. In our view, the PMI data bolsters the case for holding off further general policy easing, even as property policy may be eased and additional growth support is announced.

Balancing calls for further growth support with calls for a focus on reform rather than stimulus, the State Council announced on Friday, 30 May, additional easing measures – including “targeted” monetary credit easing – while refraining from more major, general stimulus steps.

Looking ahead, our base scenario forecasts GDP growth that exceeds the government's bottom line this year, but risks remain substantial.

China's PMI rose in May, indicating that growth momentum in industry has picked up. The gauge improved from 50.4 in April to 50.8 in May, slightly higher than expected.

According to our estimates, adjusted for seasonal patterns, the rise is more significant, from weak readings of around 49 in March and April to 50.6 in May. This follows a significant rise in the Markit-HSBC flash PMI from (a final) 48.3 in April to 49.7 in May.

In our view, the improvement reflects better global demand and the easing of macro policy in recent months. The improvement in the climate for external trade showed up in a rise in somewhat higher new export orders component of 49.3 in May, although this remains unimpressive.

Domestically, since end-February, the government has supported growth by a mild easing of fiscal policy and a significant – but low-profile – easing of the monetary policy stance.

These factors offset the impact of the cooling of real estate activity. Real estate faces headwinds from slowing sales, rising inventory and tighter access to financing for many developers, and housing starts were down 11% in the first four months of this year.

Looking ahead, our base scenario forecasts GDP growth that slightly exceeds the government's 7.5% target this year.

Our forecast relies on global demand growth improving after the weakness in early 2013. After a slow start to the year, recent news on this front has been better.

Domestically, our scenario includes subdued real estate activity, but no major downturn. Notwithstanding the headwinds, we think that fundamental demand remains intact.

After the progressive tightening of property policy in recent years, there is room to ease restrictions and regulations, and this should mitigate the slowdown in the property sector. Moreover, several other domestic growth drivers remain intact, including consumption, urbanization and services.

But downside risks to growth remain substantial. The still unimpressive new export orders component of the May PMI and weak data for Korea's exports in the first 20 days of May indicate that the recovery in global demand has yet to become convincing.

Domestically, a more pronounced downturn in real estate would lead to significant spill-over into other sectors and overall growth.

In this setting, senior policymakers are balancing calls for further measures to support growth with calls for a focus on reform rather than stimulus.

Following some earlier easing of fiscal policy and a significant relaxation of monetary policy, the State Council has announced further policy easing measures. These include "targeted" monetary credit easing and lower financing costs for business, while refraining from more major, general stimulus steps.